Luckily for all doughnut enthusiasts -- and everyone else -- D.C. Donut Crawl, a bicycle tour of some of the District's doughnut shops, is returning to town Saturday.

The 2nd annual Donut Crawl kicks off at 10 a.m. Saturday at Mt. Vernon Square when crawlers will leave to pedal their way to nearby shops.

The Scene DC 18 hours ago 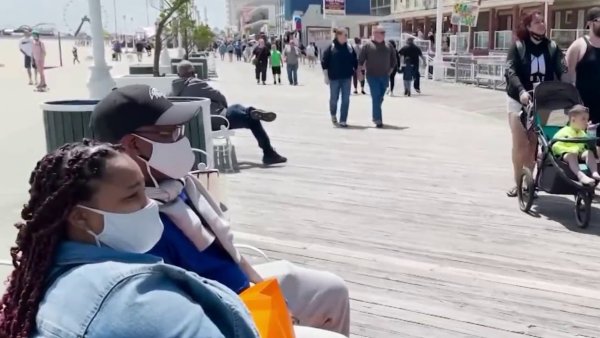 Worth the Trip 20 hours ago

The ride features stops at Golden Brown Delicious and Astro Doughnuts, and ends at an after-party hosted by District Doughnut at Union Kitchen.

Last year, the event was a grassroots effort among a handful of doughnut-adoring friends that turned into a crowd of over 300 people.

With those numbers, this year's ride is adding a fundraiser element. Proceeds from the crawl will support Food For Life, a local non-profit that advocates for culinary education and training for low-income young adults.

Registration is $20 and includes a doughnut at each stop as well as a Donut Crawl spoke card.

But if you can't make it to the crawl, you still have a chance to dine on doughnuts.