After finding her 4-year-old son alone on a boat at a reservoir northwest of Los Angeles, authorities launched a search for missing "Glee" actress Naya Rivera

"Glee" actress and singer Naya Rivera was missing after her 4-year-old son was found alone on a boat on Lake Piru in Ventura County, in what turned into a recovery operation Thursday, sheriff's officials said.

The department said it responded to a report of a boy alone on a boat Wednesday around 4:48 p.m. at the reservoir and recreation area about 50 miles northwest of Los Angeles. Rivera's child was found asleep on a pontoon boat that had been rented some three hours earlier, officials said.

The search for 'Glee' actress Naya Rivera shifted to a recovery operation. Mekahlo Medina reports for the NBC4 News at 11 a.m. on Thursday July 10, 2020. 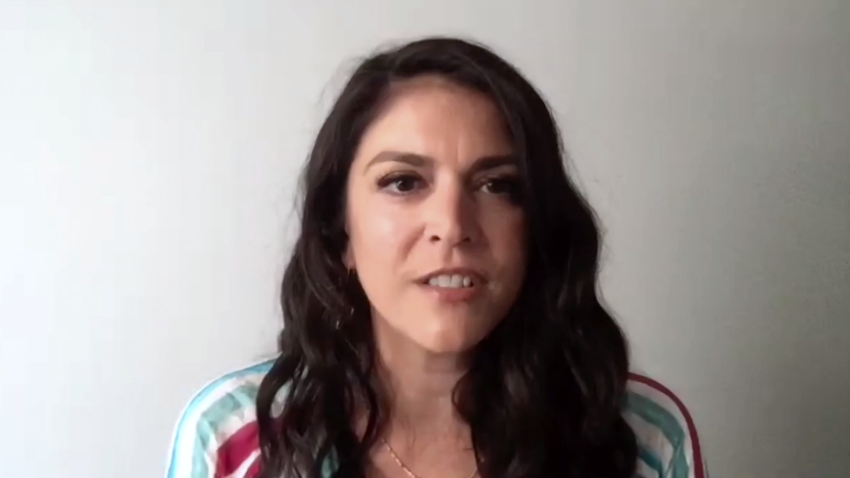 The child was not injured and in good condition, authorities said.

"This is considered to be a horrible accident," Ventura County Sheriff's Department officials said, expressing that no foul play was suspected.

The search resumed Thursday at daybreak, but the sheriff's department said the effort is now considered a recovery operation.

Rivera, 33, and her son had gone swimming but the actress did not get back on the boat, the sheriff's department said. The child had a life vest on but officials believe Rivera did not, as an adult life vest was found on board the boat.

"I can't make any sense of what happened," said Ventura County Deputy Chris Dyer. "We just know that we found a 4-year-old on a boat, and he said that his mother never got back in.

"So, right now, we're viewing this as a tragic accident."

Rivera's purse and wallet were also found on the boat, along with food, investigators said.

Investigators revealed Thursday that security video showed only Rivera and her son were the only ones who got on the boat.

The man who operates the boat rental stand went out to look for it and found the boat with the 4-year-old boy asleep onboard, authorities said.

A dive team and air unit were deployed to search for Rivera, the VCSD said. Dive teams suspended their search late Wednesday, then resumed at daybreak on Thursday.

Visibility was limited in the murky waters, authorities said.

Lake PIru is a reservoir nestled in Los Padres National Forest in the mountains of Ventura County. Created in 1955, the lake has a recreation area along its western shore, popular with boaters, campers and swimmers.

Rivera’s 4-year-old son is from a marriage with actor Ryan Dorsey. The couple finalized their divorce in June 2018 after nearly four years of marriage.

She called her young son "my greatest success, and I will never do any better than him" in her 2016 memoir "Sorry Not Sorry."

The actress was engaged to rapper Big Sean in 2013, but their relationship ended a year later. The pair met on Twitter and collaborated musically, with the rapper appearing on Rivera’s debut single "Sorry."

Rivera played Santana, a cheerleader in the musical-comedy "Glee" that aired on Fox from 2009 until 2015. She appeared in 113 episodes of the series and dated co-star Mark Salling, who killed himself in 2018 after pleading guilty to child pornography charges.

CORRECTION (July 9, 4:03 a.m.): An earlier version of this article said Naya Rivera was "presumed dead." However, the search is still ongoing for the missing actress.