Amber Heard is taking a social media break as she prepares to face off against her ex-husband Johnny Depp in court during a defamation trial and is hoping they both eventually put the past behind them.

In a rare statement on Instagram, posted Saturday, April 9, the 35-year-old Aquaman actress wrote, "I'm going to go offline for the next several weeks. As you may know, I'll be in Virginia, where I face my ex-husband Johnny Depp in court."

In a 2018 Washington Post op-ed, published two years after she filed for divorce from Depp, Heard wrote that "two years ago, I became a public figure representing domestic abuse, and I felt the full force of our culture's wrath for women who speak out." In March 2019, Depp filed a $50 million defamation lawsuit over the article, which makes no mention of the actor.

"Johnny is suing me for an op-ed I wrote in the Washington Post, in which I recounted my experience of violence and domestic abuse," Heard wrote in her Instagram post. "I never named him, rather I wrote about the price women pay for speaking out against men in power. I continue to pay that price, but hopefully when this case concludes, I can move on and so can Johnny."

She continued, "I have always maintained a love for Johnny and it brings me great pain to have to live out the details of our past life together in front of the world. At this time, I recognize the ongoing support I've been fortunate to receive throughout the years, and in these coming weeks I will be leaning on it more than ever. With love always, A"

The 58-year-old actor has not responded to her post, which she shared two days before their trial begins in Fairfax, Va. on Monday, April 11. The proceedings, estimated to last six weeks, will air on Court TV.

Heard first went public with allegations of domestic abuse against Depp in a 2016 temporary domestic violence restraining order against the actor, which she obtained just after she filed for divorce. He denied her allegations and the restraining order was dismissed with prejudice when the two finalized their divorce in 2017 after reaching an out-of-court settlement. 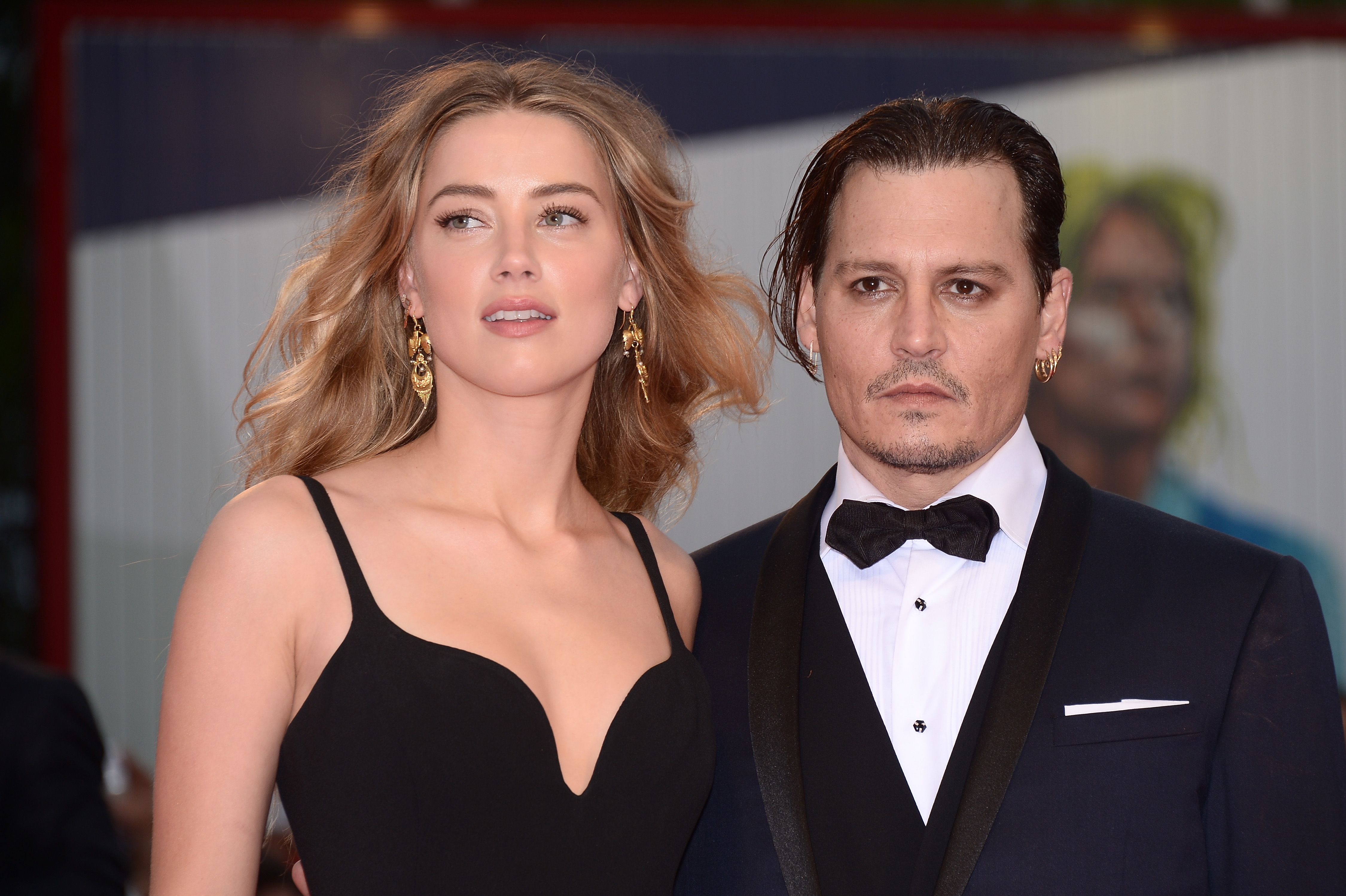 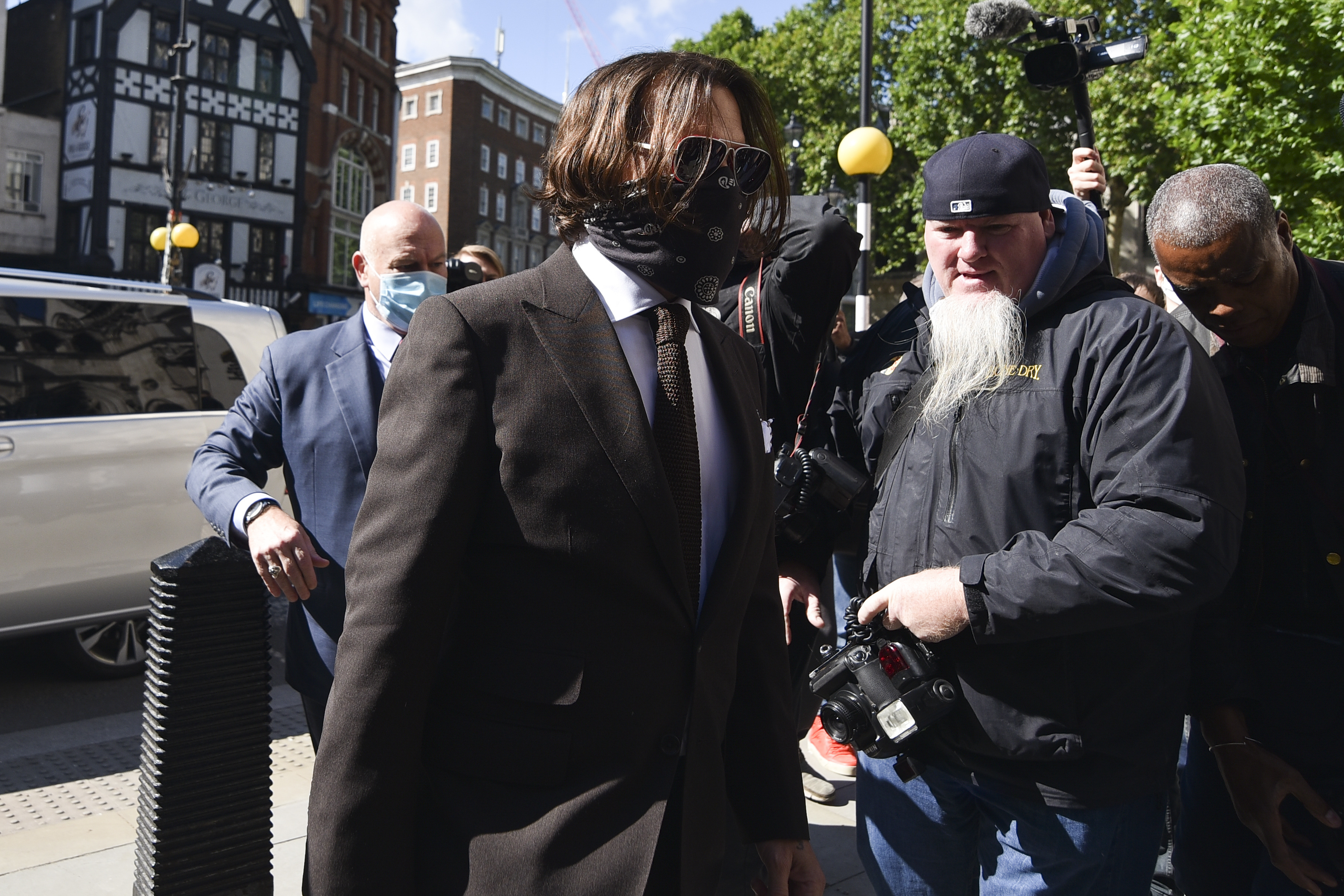 In his $50 million defamation lawsuit, the actor claims that his ex's Washington Post op-ed includes "false allegations" against him and "depends on the central premise that Ms. Heard was a domestic abuse victim and that Mr. Depp perpetrated domestic violence against her." He also alleges in the documents that Heard herself "violently abused" him during their relationship. Heard's attorney said in a statement at the time, "This frivolous action is just the latest of Johnny Depp's repeated efforts to silence Amber Heard. She will not be silenced."

Heard tried to get his lawsuit dismissed but was unsuccessful. In 2020, she filed a $100 million countersuit against her ex, alleging that after she was granted a temporary restraining order, Depp "unlawfully targeted" her in an "ongoing harassment and online smear campaign."

Dozens of witnesses are set to testify during the trial. Among them are her ex-boyfriend Elon Musk, who dated her for several months after her split from Depp, and actor James Franco--who will be called by Heard's legal team, while Paul Bettany will testify for Depp's. In 2019, Depp's legal team stated plans to subpoena Franco over surveillance footage of him entering an elevator with Heard after she reportedly had a fight with Depp. At the time, Heard's attorney called the video "irrelevant."

Musk and the two actors are set to appear remotely. Other witnesses include representatives from Disney, Warner Bros. Pictures and the Los Angeles Police Department.

The trial comes five months after Depp lost a libel case against U.K.-based News Group Newspapers over a 2018 article published by its tabloid The Sun, which labeled the actor a "wife beater" in reference to his marriage to Heard. She testified during that trial, alleging the actor verbally and physically abused her, which he denied.

The judge stated in the ruling, "Although he has proved the necessary elements of his cause of action in libel, the defendants have shown that what they published in the meaning which I have held the words to bear was substantially true."

In March 2021, the U.K. High Court denied Depp permission to appeal the ruling. "The Court in its judgment emphasized that an appeal against the decision of a trial judge on questions of disputed fact faced serious difficulties: of its judgment, and that none of the criticisms of the Judge's reasoning or conclusion advanced on behalf of Mr. Depp had a real prospect of success," the court said.