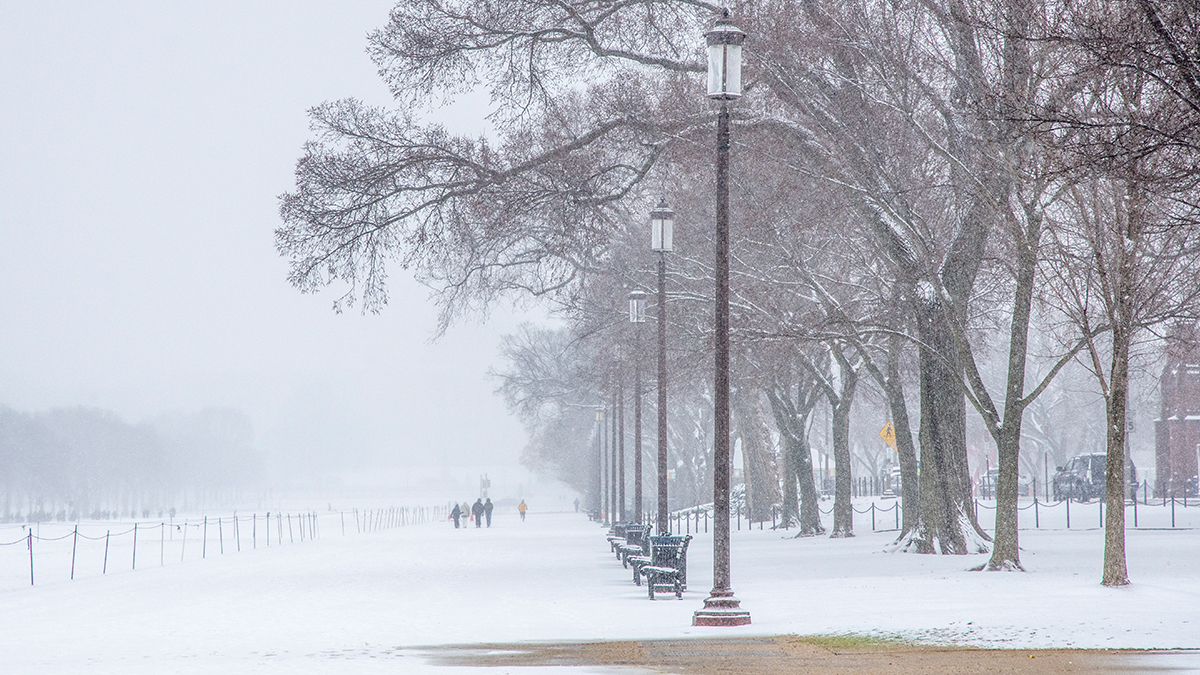 If you’re a snow lover like me, the last four winters have been near-total disappointments for snowstorms.

In D.C., we've had only one storm with more than 6" of snow in the past four winters, and three of those four have had below average snowfall. You'd have to go back to the winter of 2015-2016 to find the last above-average snowfall -- and almost all of the snow that winter came from one monster storm.

Storm Team4 Chief Meteorologist Doug Kammerer shares his prediction for how much snow to expect this winter.

Over the last 20 winters, 13 of them have had below-average snow levels. The fact is, we are just getting less and less snow around here due to climate change and warmer winters.

We need the cold, but it's been bottled up well to our north, and instead of snow, we've just been seeing plain old cold rain.

Climate change is playing a big factor in what we've been seeing in our area over recent years, but there are other factors to look at as well.

This year, the driving force for the record number of hurricanes and tropical storms in the Atlantic basin is the same force that will be driving our winter. That force is La Niña.

La Niña is a cooling of the waters of the equatorial Pacific and is the opposite of El Niño. Both of these have huge impacts on the weather patterns around the world.

In our area, La Niña winters are not kind to those of us wanting to make snowmen or hoping for snow days.

This year, we're moving into a rather strong La Niña, and this is expected to stick around all winter. La Niña winters in the Mid-Atlantic normally mean near-average or warmer-than-average temperatures -- and that normally means less snowfall.

But there has to be some good news for us snow lovers, right? Well, yes. I am calling for way more snow than last year ... but here's the thing: Last year we saw only .6” of total snowfall.

So here is my official Storm Team4 Winter forecast. This year, I expect temperatures to be above-average for much of the winter. This is actually a good thing in today's world of COVID-19. We will get a few cold shots, but a few really warm shots, too.

As for snowfall, I am going for just 4-10 inches of snow, and I expect that in just a few small storms.

If you can guess when Reagan National Airport gets its first inch of snow, you can win a Pat Collins Snow Stick.