Kumi Yokoyama, a forward for the Washington Spirit of the National Women's Soccer League, has come out as a transgender man.

Yokoyama, who has also played for Japan's national team, came out in an interview that Racing Louisville striker Yuki Nagasato posted on her YouTube channel.

The 27-year-old forward for the Washington Spirit said they felt more comfortable with their own gender identity while living in the United States, where teammates and friends are more open to gender and sexual diversity.

"I'm coming out now," Yokoyama said in a video talk on former teammate Nagasato's YouTube channel. "In the future, I want to quit soccer and live as a man."

"To Carl Nassib and Kumi Yokoyama – two prominent, inspiring athletes who came out this week: I'm so proud of your courage. Because of you, countless kids around the world are seeing themselves in a new light today," Biden tweeted. Nassib  is the first active NFL player to come out as gay.

The Spirit also expressed the team's support and pride in Yokoyama. "Thank you for showing the world it's ok to embrace who you are!" the team tweeted, adding that the player uses they/them pronouns. 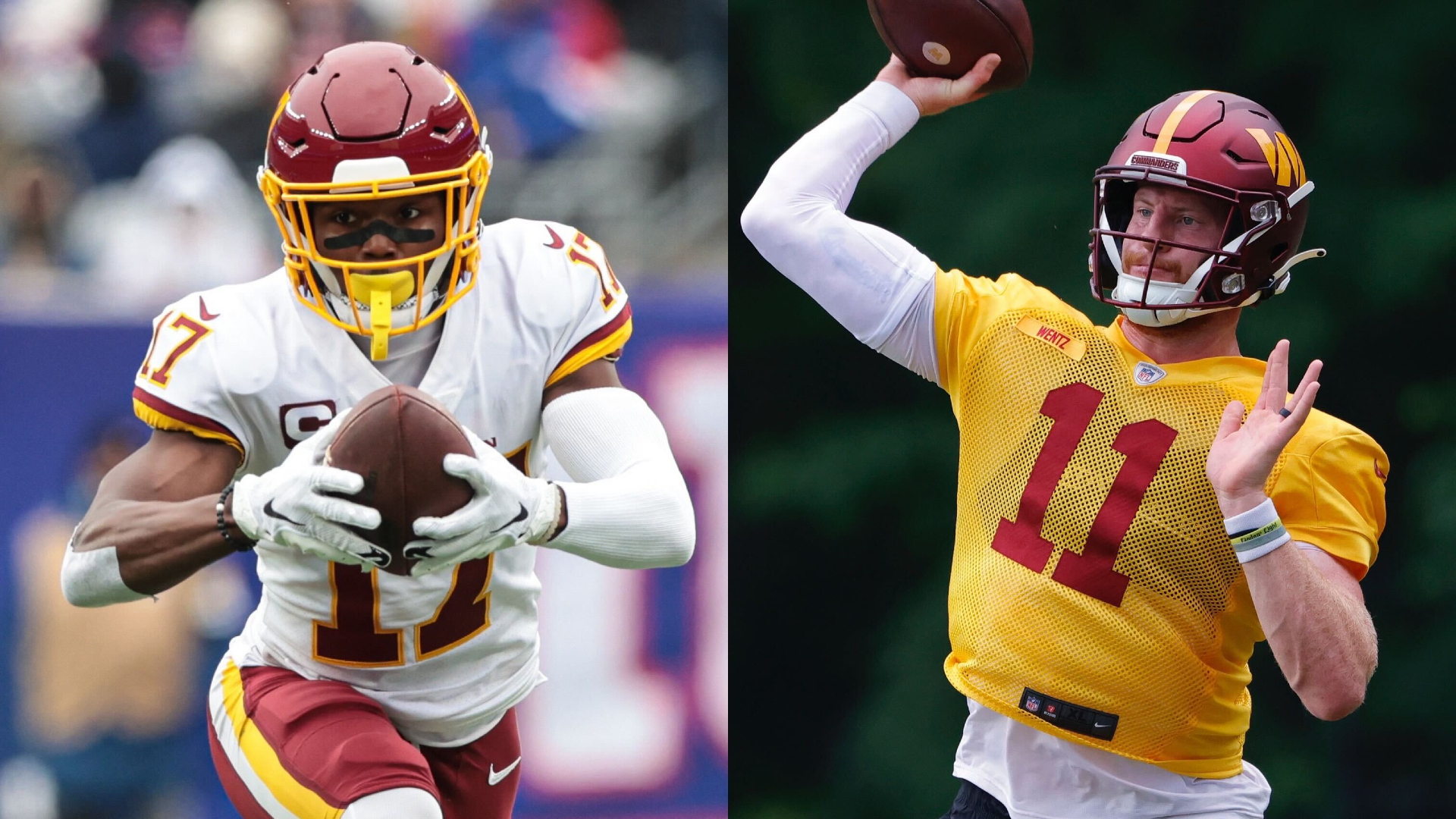 Mutual Respect Between Terry McLaurin, Carson Wentz Dates Back to 2019 Support and awareness of gender and sexual diversity has slowly grown in Japan, but LGBTQ people lack many legal protections and often suffer discrimination, causing many to hide their sexual identities. An equality law pushed by rights groups was scrapped recently due to opposition from the conservative ruling party.

Transgender people in Japan also must have their reproductive organs removed to have their gender recognized on official documents — a requirement that human rights and medical groups criticize as inhuman and unnecessary and say should end.

In a society where pressure for conformity is extremely high, disclosure of an LGBTQ sexual identity is rare, especially in sports, which rights activists say remains unfriendly to LGBTQ people because of its gender specificity.

Yokoyama said they weren't enthusiastic about coming out but it was a choice made while thinking about the future and that it would be harder to live closeted. "I would not have come out in Japan," they said.

They thanked their teammates, friends and girlfriend for their support and courage.

Yokoyama played for Japan at the 2019 Women's World Cup in France and moved from Japanese club AC Nagano Parceiro to the Washington Spirit.

Yokoyama said they felt a strong pressure to conform and remain closeted in Japan but hoped to live as a man after retiring as a professional soccer player and to help raise awareness for sexual minorities in Japan.

"More people in Japan are becoming familiar with the word LGBTQ and it's seen more (in the media), but I think awareness won't grow unless people like myself come out and raise our voices," Yokoyama said.