Of the 558 athletes the U.S. sent to Rio four years ago, around 75% came from the college sports system

If all the athletes from Stanford had been their own country, they would have tied with South Korea for 11th place in the medal standings at the 2016 Olympics.

It's an eye-opening statistic that has been made more jarring because of the recent decision by Stanford — a university renowned for fielding the most extensive college sports program in the country — to remove nine Olympic sports from its 36-team varsity program in an attempt to control a rapidly growing budget deficit in the athletic department.

Two former Stanford athletes who said they felt blindsided by the decision are spearheading a protest against a move that will affect not only the 240 athletes currently on the rosters when the teams are dissolved after this school year, but will have effects that stretch well beyond that, both at other colleges and in the Olympic world.

Nathalie Weiss, a coxswain on the men's rowing team who graduated from Stanford in 2016, said when she first heard of the cuts, “I just felt like this decision was giving up.”

She fears it gives cover to other schools who are considering trimming sports as their budgets are similarly decimated by the consequences of the pandemic.

“And then it's going to impact the talent pool for the Olympic pipeline eight years down the road when the games are in Los Angeles,” Weiss said.

Without a centralized government sports ministry, the likes of which most countries employ to build their Olympic teams, the U.S. Olympic and Paralympic Committee is deeply reliant on America's extensive college sports program to field its team. 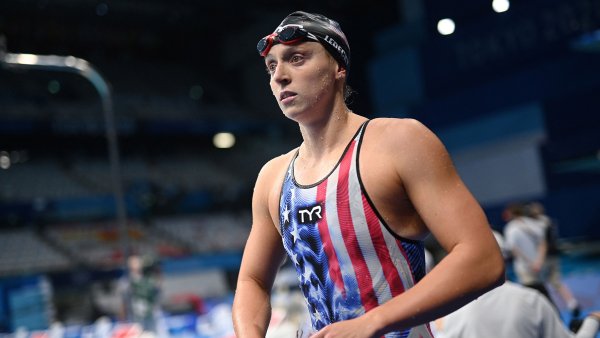 Of the 558 athletes the U.S. sent to Rio four years ago, around 75% came from the college sports system. Of the 121 medals the U.S. won, nearly 85% came from college-trained athletes. Stanford placed 29 athletes on the U.S. team; 15 of them stood on the medals podium, more than any other school in the country. Another 10 Stanford athletes won medals for other countries.

“By and large, college sports are a lifeline for our national teams,” said Sarah Wilhelmi, the USOPC's director of collegiate partnerships.

But the numbers have been dwindling for years now. Men's gymnastics, which survived the cut at Stanford, has fewer than 20 Division I programs. Men's volleyball is at around two dozen.

In listing its criteria for cutting sports, Stanford acknowledged that of the 11 sports it was cutting (it also cut two that were not on the Olympic program), nine were sponsored by fewer than 9% of Division I institutions.

Virtually all of the Olympic-sports budgets at big schools are subsidized by football and basketball, the futures of which are both in peril themselves. As of mid-August, the Big Ten and the Pac-12, where Stanford is based, have canceled fall sports. Studies say if the Power Five conferences all scrub football , it could lead to $4 billion in losses, or an average of $62 million per school.

In an extensively detailed letter and list of frequently asked questions sent to the Stanford community, the school president and provost, along with athletic director Bernard Muir, detailed a financial picture that had been crumbling even before the crisis.

They said the athletic department's deficit was projected at more than $12 million for fiscal year 2021. After impacts from COVID were factored in, the deficit would grow to $25 million. It would, they said, grow even larger if sports schedules for the upcoming season were affected, as they were after the decision was made last month.

The leaders said they had been considering how to keep their athletics program stable for several years, and settled upon the cuts in July.

Weiss and Olympic silver- and bronze-medal fencer Alex Massialas, who graduated from Stanford in 2016, said that despite the long-running financial troubles, Muir told them the option of cutting sports wasn't considered until late May and the decision came less than six weeks after that.

“We see this as a demonstration of financial mismanagement, basically,” Massialas said. “They've known of this deficit for a few years, and in their own budget announcements, they mention they're running a deficit, but it's nothing they'd address in an actual way.”

Muir, who is on the USOPC advisory council that studies the relationship between the Olympics and college sports, didn't deliver any notice to the USOPC about the cuts before Stanford made them.

Asked about this specifically, Muir responded with a statement that lauded the school's Olympic tradition and said “Stanford Athletics will continue to provide equitable world-class opportunities" for athletes.

Stanford will offer all sports that are being cut an opportunity to exist at the club level. But Weiss and Massialas said they've heard from donors who targeted millions of dollars specifically to the Olympic sports and said the money wasn't targeted for club sports or to be blended with Stanford's general fund.

Muir's response: “Our development team will work with each donor to find a proper allocation of the gift.”

In the meantime, the clock is ticking.

The Stanford athletes have one season left, assuming any of their sports actually take place this school year.

And the U.S. Olympic team needs to start reimagining its pipeline to ensure it fields a strong team for LA 2028 and beyond.

“If you look at where the pipelines are in the U.S., in most sports, at a certain age, it becomes the NCAA,” said Han Xiao, the chair of the USOPC athletes' group. “If you take that away, it's devastating. It's an existential crisis if your goal is to win.”