Sprint Cup drivers had their first practice in Sonoma Friday as they get ready for some road course racing this weekend.

It must be a pleasant sports day in DC. We were on our way to a crew dinner last night (it was thrown by the people at Sprint and held at a local winery that was hosting the Kasey Kahne's 9 team) when I saw that Alex Ovechkin has won his second straight MVP award and the Nationals had blanked the Yankees. I took the liberty of rubbing it in just a little bit to my colleague at TNT, Bill Weber, who is a diehard Yankees fan.

I recently interviewed the Wizards new head coach, Flip Saunders. He said one of his coaching secrets is conveying to his players that their “biggest strength” will also be their “biggest weakness.” His is that he tends to have an “everything is going to be OK” outlook. That is exactly how I would describe Kyle Busch’s crew chief, Steve Addington, who I'm interviewing for my Sunday feature.

Addington was the winning crew chief at Sonoma last year when Busch earned his first road course win. He also is a father and actually left qualifying at Dover last year to be in South Carolina for his daughter’s graduation. People say Addington is very even keeled, which is part of the reason he and Busch work so well together.

Here Are the Highest-Paid MLB Players After Scherzer, Seager Deals 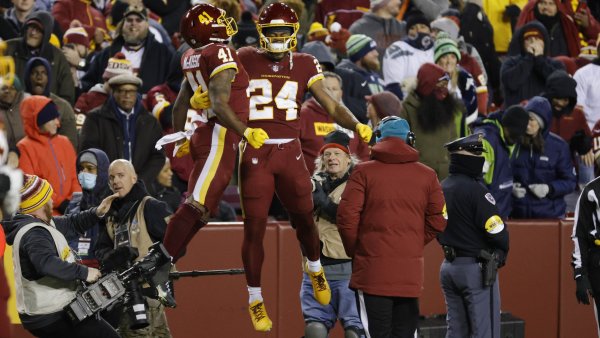 This weekend should be very interesting as far as the racing. First, the double-file restarts shootout style are going to be cool. Guys don’t really know what to expect. You have to consider Juan Pablo Montoya as a possible favorite. His team has run so well recently that they’ve set themselves up nicely for a track where Montoya feels extremely confident. He got his first Cup win here in 2007.