Buzz figures to be dampened, with attendance down to about 11,000 in the smallest crowd for a Series game since roughly 1909.

The entire Series will be played on artificial turf for the first time since 1993, at new $1.2 billion Globe Life Field, home of a Texas Rangers team eliminated on Sept. 20. Traditional postgame victory celebrations are barred. But surroundings are largely irrelevant to the favored Dodgers and under-the-radar Rays.

Los Angeles, baseball’s biggest spender, is back in the Series for the third time in four years as it seeks its first title since 1988.

Plate umpire Laz Diaz will be masked — along with the rest of the crew.

“I don’t know if you watched Game 7 last night but it sure felt like postseason to me,” Dodgers third baseman Justin Turner said Monday, after the Dodgers rallied to beat Atlanta 4-3 at Globe Life for the NL pennant. “The back and forth, the momentum shifts, big plays, big swings, big pitches — that was as much of a playoff feel as I’ve ever experienced.”

Laurence Leavy, a.k.a. “Marlins Man,” is well-known to baseball fans as a constant presence at games. He joined LX News with some choice words about the state of the MLB after the Miami Marlins was hit by an outbreak of Covid-19 among its players and coaches.

Tampa Bay, among the major leagues’ poorest draws and lowest-salaried rosters, made it this far only once before and lost to Philadelphia in 2008. Perennially unable to get a new ballpark built, the Rays have said they are exploring splitting future seasons between St. Petersburg, Florida, and Montreal.

While the Rays beat Houston for the AL pennant on Saturday night in San Diego, they had to wait until Monday to travel, allowing the Braves to vacate space in the Dallas at Las Colinas - Four Seasons, where the Dodgers have been bivouacked since before the Division Series started Oct. 6. Los Angeles had an optional early afternoon workout with the stadium roof closed, and the Rays had a full practice in the evening under autumn twilight.

“We’ll be able to get out there tonight, get a feel for the surroundings of the field and how the ball bounces,” Rays outfielder Austin Meadows said. “I’m excited for there to be fans. It’s been a long time coming.”

The winner will give its city a 2-1 advantage in major U.S. sports league titles during the novel coronavirus pandemic following championships by the NHL’s Tampa Bay Lightning on Sept. 28 and the NBA’s Los Angeles Lakers on Oct. 11.

Both teams reflect imprint of Andrew Friedman, the Rays’ general manager from 2005-14 and the Dodgers’ president of baseball operations since.

“Some of my best friends in life are there,” the 43-year-old Friedman said. "We joked when I left the team that we were going to meet up in the World Series one day, and for it actually to happen is surreal.”

After attendance dropped from 68.5 million to 0 during the shortest regular season since 1878 and the first two rounds of an expanded postseason also were played without fans, Major League Baseball sold about 28% capacity for the NL Championship Series, which averaged 10,835 for the seven games at 40,518-capacity Globe Life Field. The Rays arrived in Dallas on Monday after playing the AL Division Series and AL Championship Series at empty Petco Park in San Diego.

Still, it was an accomplishment for MLB after a regular season in which 45 games were postponed for COVID-19-related reasons but just two were not made up. Rookie outfielder Randy Arozarena, the Cuban defector who led the Rays’ offense with seven homers in the playoffs, missed the first month of the shortened season after contracting COVID-19 and didn’t play his first game until Aug. 30. 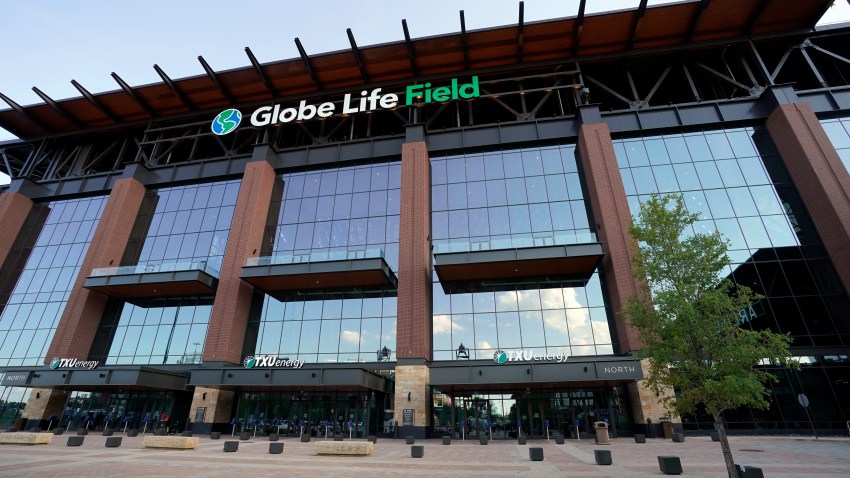 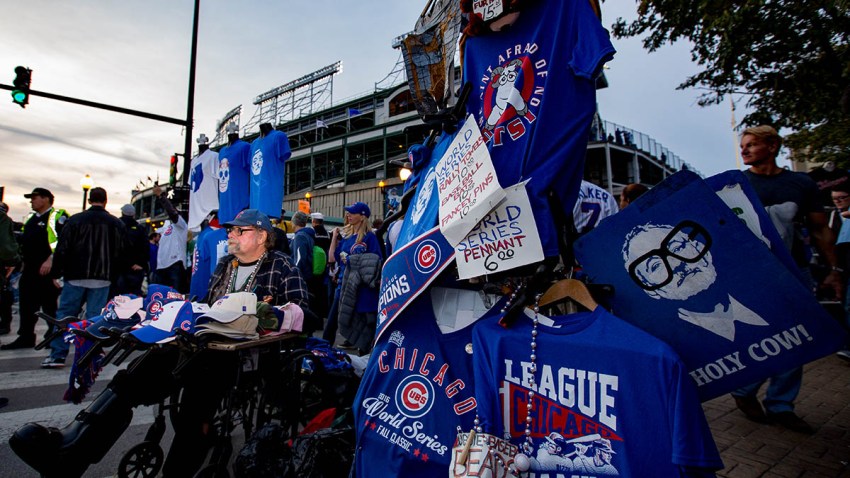 As MLB Plays On, the Businesses It Feeds Fight for Survival

“I was throwing sim games May, June in Dallas, thinking about, man, are we going to even play this season?” said Kershaw, the Dodgers’ Game 1 starter. “Is this going to be a wasted year in everybody’s career and things like that? Is this going to a be a wasted year for the Dodgers with the team that we have? So yeah, I think to be able to be here now and be four wins away from getting to win a World Series I think is really a testament to a lot of people to be able to make this season happen, a testament to the players, even to Major League Baseball that we were able to get to this point. I’m super thankful for that.”

Kershaw, a 32-year-old left-hander with three Cy Young Awards and an MVP trophy, is 175-76 in the regular season but 11-12 in the postseason, including 1-2 in the World Series. He has been slowed this month by a reoccurrence of back spasms.

Tampa Bay starts Tyler Glasnow, a 27-year-old righty whose fastball averages 97.5 mph and who grew up in California admiring Kershaw. It will be the Rays’ first game in front of fans since spring training was interrupted on March 12 and close to the end of a lengthy bubble existence.

Glasnow and his teammates are looking forward to the end of the Series, when he can go to a bar or sit at a restaurant.

“Hugging someone or seeing family,” he said. “Just being able to be a normal person again.”

This will be the first World Series entirely at one ballpark since 1944 between the Cardinals and Browns at Sportsman’s Park in St. Louis — and the fourth overall. The Yankees and Giants shared New York’s Polo Grounds in 1921 and 1922.

“It’s a fast ground,” Arozarena said through a translator. “I’m not sure there’ll be a lot of homers. There’s good pitchers on both sides.”

Los Angeles had a $95.6 million payroll on Aug. 1, according to figures compiled by MLB. Tampa Bay was 28th at $28.9 million, ahead of only Baltimore and Pittsburgh. The Rays eliminated the Yankees ($83.7 million) and Houston ($81.4 million) during the AL playoffs.

“Regardless of payroll, we know we can compete with anybody,” Meadows said.

Added Friedman: “Payrolls don’t decide the standings and I think we see evidence of that every year.”

Tampa Bay is known best for innovative thinking and hard-throwing relievers, referred to by manager Kevin Cash as a “whole damn stable full of guys that throw 98 miles an hour."

“They didn’t make it to the World Series on accident,” Dodgers star Mookie Betts said. “It's not going to be easy by any means.”