Newsmakers in the NHL: Pittsburgh Gets Embarrassed at Home … Again

What a dreadful month of December for the Penguins. After their 2-0 loss to Tampa Bay on Tuesday night, the Penguins find themselves with a 4-6-1 record this month, and have dropped back-to-back home games to Toronto and Tampa Bay by a combined score of 9-3, while getting outshot 69-38 in the process. There's no way to sugarcoat it -- that sucks. Even worse, the Penguins haven't won two straight games since November 13-15. Ouch.

Tampa Bay picked up goals from Matt Pettinger and Paul Szczechura, while Mike Smith turned aside all 15 shots he faced. Though, he received a little help from the Penguins, when Petr Sykora honked a pair of shots wide of the goal when he had Smith beat, and then Evgeni Malkin inexplicably attempted to make a pass when he had a breakaway. Perhaps he's serious about that century mark with the assists, I don't know.

Though, the save of the night was when Malkin, shorthanded, had another breakaway in the third period -- in what was still a one-goal game -- and was stoned by Smith. Tampa Bay turned it around the other way and Szczechura redirected a pass from Jussi Jokinen passed Marc-Andre Fleury to ice the game. 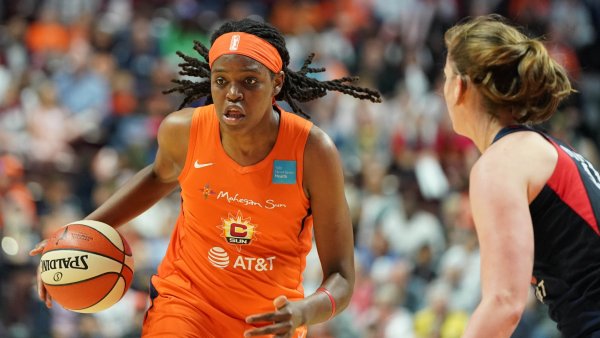 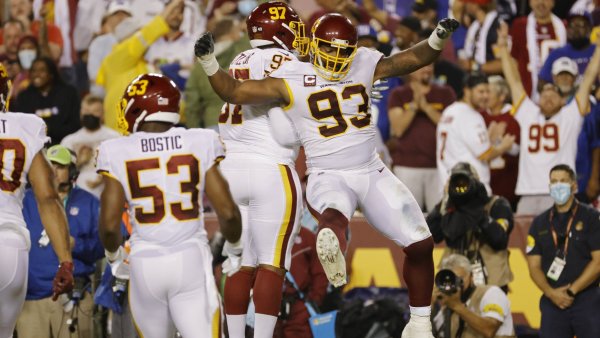 It's important to realize it's only December and that the Penguins had a similar record a year ago today -- and, hey, that season turned out okay -- but that doesn't change the fact this is some really bad hockey right now.

Speaking of bad hockey ... how about blowing a 4-0 lead at home? That's the situation the New York Rangers found themselves in, as Alex Ovechkin turned into a one-man wrecking crew, scoring two goals and assisting on another as the Capitals rallied for a 5-4 overtime win at the Garden.

Ryan Callahan scored a pair of goals to help give the Rangers their 4-0 lead, only to have the Capitals storm back to tie the game in the third period.

Shaone Morrison scored the game-winner for Washington just 59 seconds into overtime, giving the Capitals their sixth win in seven games.

The Rest of the Action

... Just four days after beating Pittsburgh 7-3 on the road, the Maple Leafs gave their fans an opportunity to see the local team get thumped, as the Leafs dropped an 8-2 decision to Dallas on Tuesday. It was 7-0 Stars midway through the second period, as James Neal recorded a hat trick for Dallas.

... So, on the same day Tom writes about the high-octane Devils offense, they, naturally, get shutout on their home ice, 2-0, to the Boston Bruins juggernaut. Tom, by the way, predicted such an outcome via e-mail earlier in the day. Milan Lucic and David Krejci scored for the Bruins, while Tim Thomas turned aside 25 shots for the win.

... Oh those Islanders. The losing streak reaches 10 with a 4-2 loss to Atlanta, and the light at the end of the tunnel that is Victor Hedman appears to be well within reach. Bryan Little scores twice for the Thrashers, while Slava Kozlov picks up a pair of assists in the win.

... Jonathan Quick stopped 24 shots for the Kings, as the 22-year old rookie netminder picked up his first career shutout in a 3-0 win over Columbus.

... Florida's Tomas Vokoun also pitched a shutout in net, as the veteran stopped 27 shots against Nashville for his second straight shutout. Pekka Rinne stopped 40 shots in the loss for the Predators, while Michael Frolik scored a pair of goals in the win.

... Simon Gagne broke a 4-4 tie with 4:30 to play in regulation, as the Flyers defeated Ottawa, 6-4. Jeff Carter added to his league-leading goal total with his 26th of the season, while Matt Carle, Joffrey Lupul, Andreas Nodl and Mike Richards also tallied goals for the Flyers.

... Pavel Datsyuk scored twice for the Red Wings, who disposed of the slumping St. Louis Blues and their disgruntled coach by a 4-1 margin.

... Niklas Backstrom stopped 35 shots in Minnesota, while the Wild scored three second period goals, including one from Marian Gaborik.

... Shane Doan scored a pair of third period goals for Phoenix, including one to tie the game with less than a minute to play in regulation, only to watch Colorado's Brett Clark win it in overtime.

... The Flames used a trio of third period goals from Brett Sutter, Mark Giordano and Michael Cammalleri to defeat Anaheim, 4-3.

Newsmakers in the NHL: Pittsburgh Gets Embarrassed at Home ... Again originally appeared on NHL FanHouse on Wed, 24 Dec 2008 00:30:00 EST . Please see our terms for use of feeds.