The Washington Football Team will take on the New England Patriots at 7:30 p.m. Thursday. Tune in to NBC4 and NBC Sports Washington for full coverage

The Washington Football Team will take on the New England Patriots at 7:30 p.m. Thursday (NBC4 and NBC Sports Washington for full coverage), and with the official beginning of the preseason, plenty of questions emerge. 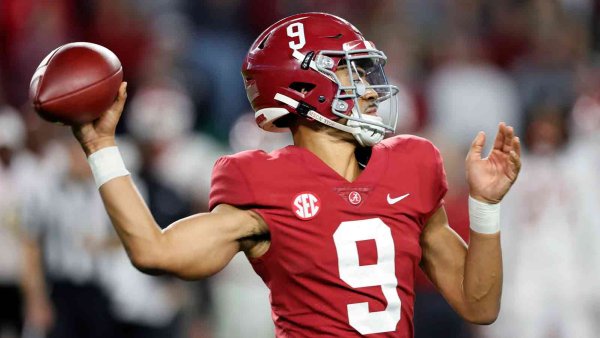 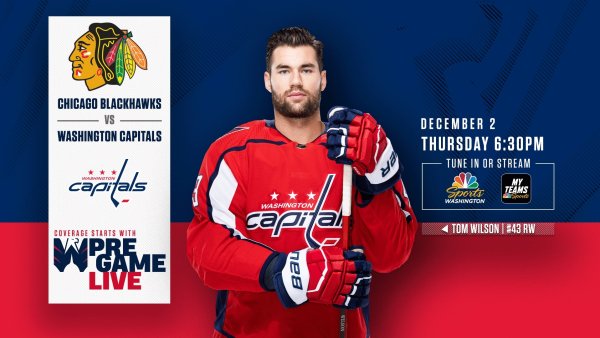 How to Watch Washington Capitals Vs. Chicago Blackhawks

There's the obvious stuff; every team in the NFL wonders just how deep they are and nobody wants any injuries, but for Washington, there's some specific stuff too.

Close the door — There are few things that Washingtonians like more than a quarterback controversy, and Ryan Fitzpatrick has a chance to shut down that conversation on Thursday night. The veteran Fitzpatrick has significantly outplayed underdog Taylor Heinicke during training camp and with an impressive, albeit brief, showing against the Patriots, even the most zealous member of the Heinicke Hive might retire the tired argument of QB competition.

The time is now — Washington used its first-round draft pick in 2021 on linebacker Jamin Davis, but he's not the rookie under the most scrutiny in the early season. That would be second-rounder Sam Cosmi, pegged to be the starting right tackle for the Burgundy and Gold this season. After a rocky start to training camp going against Montez Sweat and Chase Young, Cosmi seemed to find his footing once the pads came on. Now he's already on the depth chart as the starter, and speaking with coaches in Ashburn, there's plenty of belief that the former Longhorn is ready for the role. Cosmi will get a good test Thursday matched up against New England's Josh Uche, a second-year pass rusher with a lot of buzz this training camp.

The intersection of depth and opportunity — Landon Collins' recovery from an Achilles tear is nothing short of remarkable. That injury usually requires a full year of rehab, yet Collins is back on the field in fewer than nine months. And he's been flying to the ball throughout training camp. Washington appears to have a glut of safeties beyond Collins too, players like Kam Curl, Bobby McCain, rookie Darrick Forrest, Deshazor Everett and Jeremy Reaves. There is some sorting out to do there for Ron Rivera and Jack Del Rio, and Thursday will be a real opportunity for those players to stake their claim to a cemented roster spot. At corner, there's Kendall Fuller, William Jackson III, Benjamin St. Juste and Jimmy Moreland, but after that plenty of questions. Could Washington keep five corners and five safeties instead of the more traditional six CBs/four safety split? Maybe. Much will depend on which players force their way onto the roster.

The final countdown — The most important part of Thursday's action will be in the first half when starters and immediate backups will be on the field. In fact, the most important action might be in the first quarter. But there will be a second half, and those guys are looking to make an impression too. What about undrafted rookie RB Jaret Patterson? A star at the University of Buffalo, Patterson could become a fan favorite churning up big yardage in the second half of the game and earn his way to a practice squad spot. Or maybe even more. On the defensive side, think about former Penn State star Shaka Toney. In four seasons in Happy Valley, Toney piled up 20 sacks and nearly 30 tackles for loss. Some draft experts predicted Toney would go in the third or fourth round, and yet he lasted until the seventh when Washington nabbed him. A roster spot is hardly a lock, but a few impressive plays could change all that.