Another worker was able to get down safely, and is expected to survive, the fire department said

A man died and a woman is injured after the power lift they were working on struck a power line outside an apartment complex in Dumfries, Virginia, Tuesday, fire officials said.

Rescue crews helped 46-year-old Edwin Romero-Hernandez and the 22-year-old woman get down from the 30-foot-high mobile power lift after they came into contact with a live electrical wire in the 16000 block of Porters Inn Drive, the Prince William County Fire Department said Wednesday.

The pair was trapped for hours in the scorching heat.

Romero-Hernandez, who appeared to be covered by a sheet, had to be slowly lowered on what looked like a a stretcher as a medivac helicopter waited to take him to a hospital. He later died of his injuries. 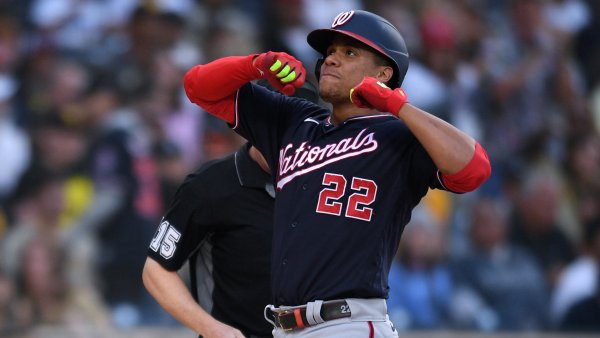 Video from Chopper4 showed firefighters helping the woman get down safely about 4:40 p.m. She was able to walk down from the lift. She is expected to survive.

Power was shut down in the area of Shorehaven Apartments, but has been restored.