On Saturday, Pennsylvania's highest court threw out a lower court's order preventing the state from certifying dozens of contests on its Nov. 3 election ballot in a lawsuit filed by Republicans in the state in an attempt to overturn Biden's win there.

Meanwhile, Biden continued to roll out his picks for the top positions in his administration, announcing on Monday his selections for his senior economic team as well as his presidential inaugural committee. On Sunday Biden announced an all-female White House communications team.

Here are the latest developments on the transition: 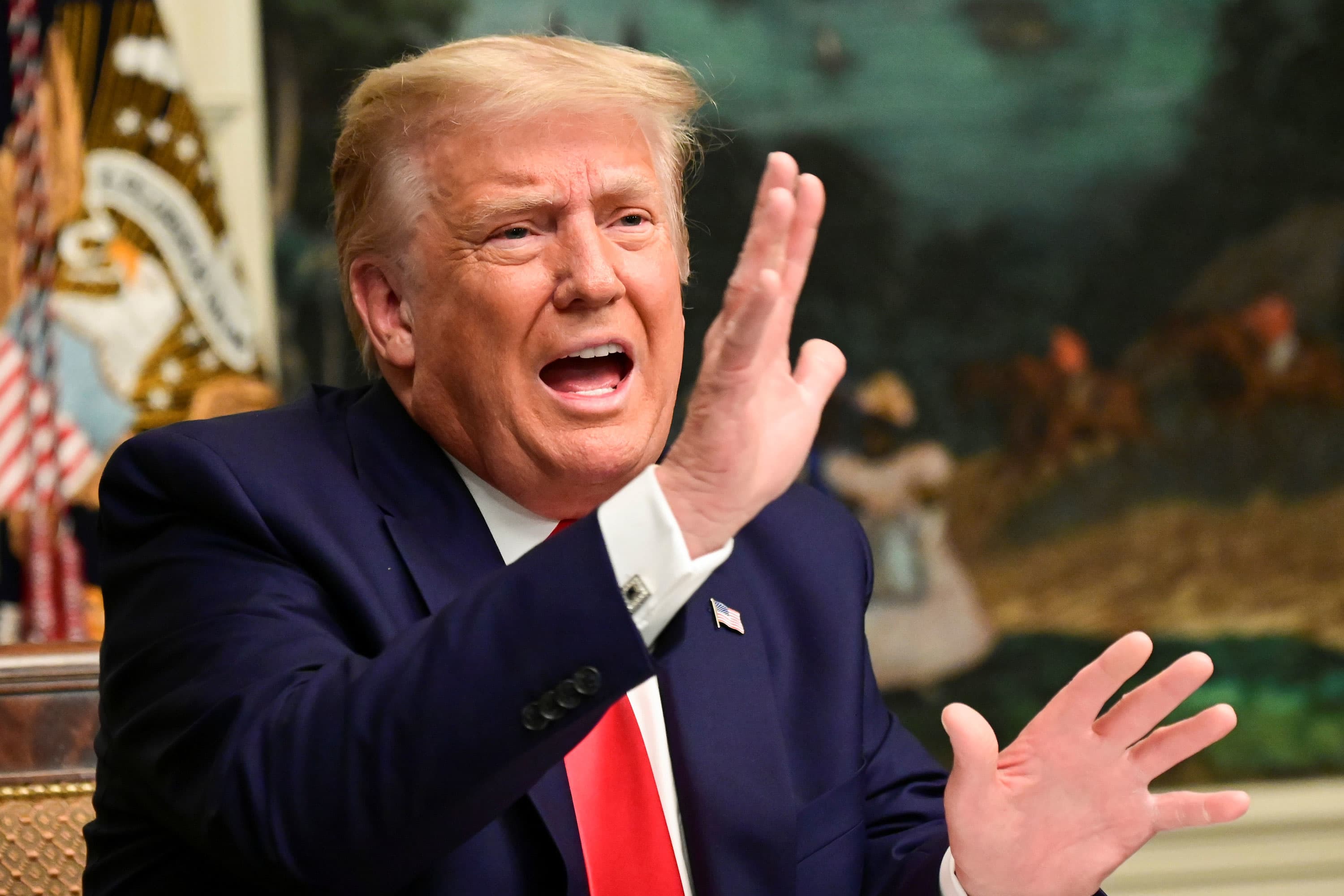 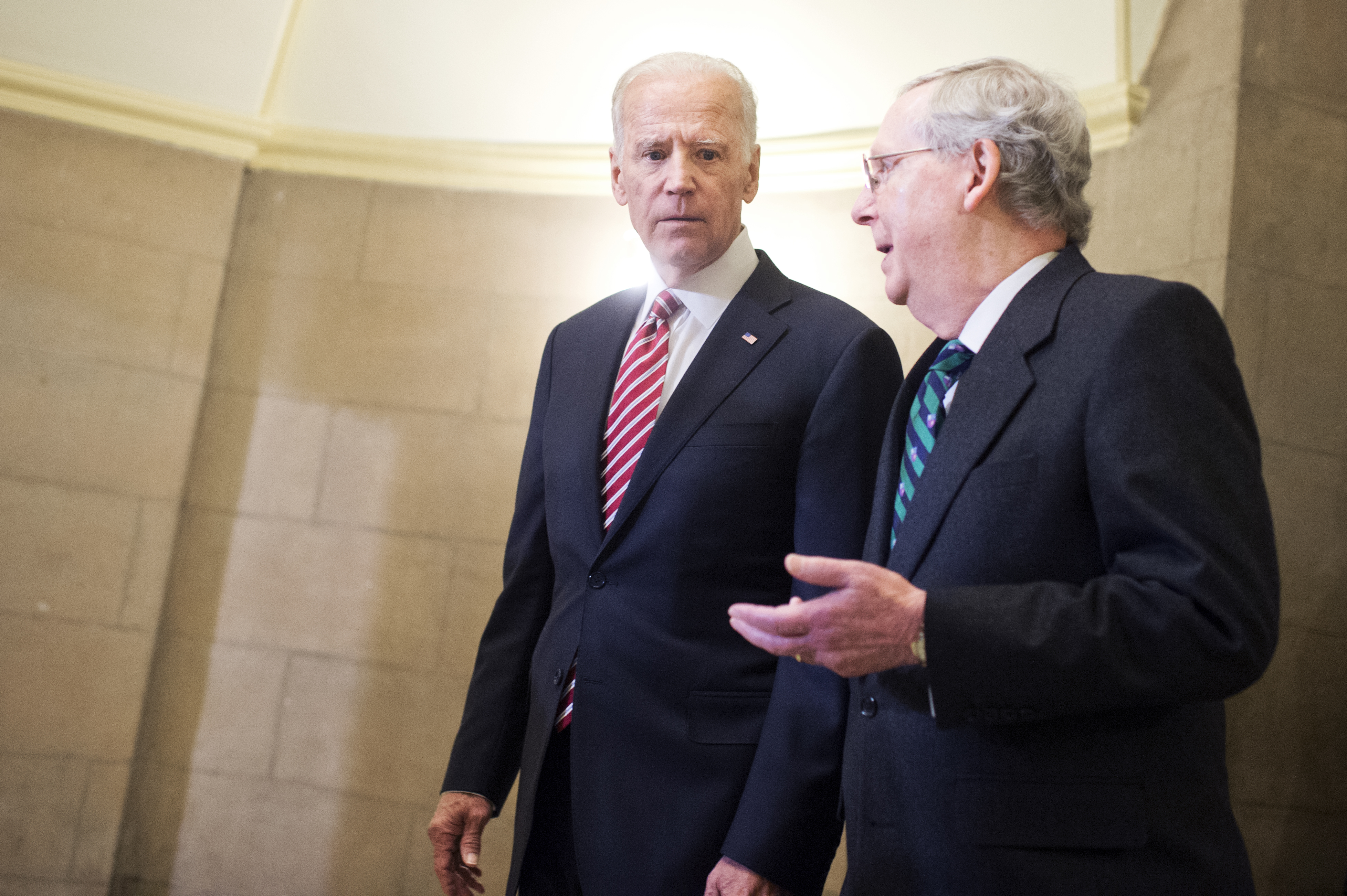 The Most Important Relationship in D.C.? Biden and McConnell Have a History

President-elect Joe Biden’s pick to lead the Office of Management and Budget is quickly emerging as a political battle that could disrupt his efforts to swiftly fill out his administration.

Some Republicans are doubtful that Neera Tanden could be confirmed by the Senate after she spent years attacking GOP lawmakers on social media.

Tanden is a former adviser to Hillary Clinton and president of the center-left Center for American Progress.

Republican Sen. John Cornyn of Texas called her “maybe his worst nominee so far” and “radioactive.”

Joe Biden’s victory in battleground Wisconsin was certified Monday following a partial recount that only added to his 20,600-vote margin over President Donald Trump, who has promised to file a lawsuit seeking to undo the results.

Gov. Tony Evers, a Democrat, signed a certificate that completed the process after the canvass report showing Biden as the winner following the recount was approved by the chairwoman of the bipartisan Wisconsin Elections Commission. Evers' signature was required by law and is typically a procedural step that receives little attention.

“Today I carried out my duty to certify the November 3rd election,” Evers said in a statement. “I want to thank our clerks, election administrators, and poll workers across our state for working tirelessly to ensure we had a safe, fair, and efficient election. Thank you for all your good work.”

Joe Biden’s victory in battleground Wisconsin was confirmed Monday following a partial recount that only added to his 20,600-vote margin over President Donald Trump, who has promised to file a lawsuit seeking to undo the results.

Trump’s attorneys have alleged without evidence that there was widespread fraud and illegal activity.

Joe Biden on Monday got his first look as president-elect at the President's Daily Brief, a top secret summary of U.S. intelligence and world events — a document former first lady Michelle Obama has called “The Death, Destruction, and Horrible Things Book."

Biden has already had eyes on at least three different iterations of the so-called PDB, which is tailored to the way each president likes to absorb information.

More than a decade ago, Biden read former President George W. Bush's PDB during his transition into the vice presidency. After that, he read Obama's PDB for eight years. Now, after a four-year break, he's reading President Donald Trump's PDB.

“The briefers almost certainly will be asking Biden what he prefers in terms of format and style,” said David Priess, author of “The President’s Book of Secrets,” a history of the PDB. “At a minimum, they’re seeing what seems to resonate most with him so that when they make the book his book, they can tailor it to him.”

Biden is only the second Democrat in 70 years to win Arizona. In the final tally, Biden won by 10,457 votes, 0.3 percent of the nearly 3.4 million ballots cast. Eleven Democratic electors will meet Dec. 14 to formally pledge Arizona’s electoral votes to Biden.

Elections challenges brought by the Trump campaign or his backers in key battleground states have largely been unsuccessful as Trump continues to allege voter fraud while refusing to concede.

The president-elect is taking the first formal preparations for his Jan. 20 inauguration, unveiling the committee that will lead arrangements for the day he and Vice President-elect Kamala Harris assume their posts.

The inaugural committee works in coordination with Congress’ planning group around arrangements for the Capitol ceremony and organizes inaugural balls and other events surrounding the swearing-in. The format of those events is up in the air amid the global coronavirus pandemic, which has surged across the country.
In a statement Monday, the inaugural committee said it will work on “prioritizing keeping people safe and preventing the spread of COVID-19 while engaging all Americans” in the festivities.

Biden on Monday announced his senior economic team, including his plans to nominate Janet Yellen to head the Treasury Department as well as a slew of liberal economists and policy specialists who established their credentials during the previous two Democratic administrations.

In a statement, Biden said he would nominate Yellen, the former Federal Reserve chair, to lead the Treasury Department, and former Clinton and Obama adviser Neera Tanden to serve as director of the Office of Management and Budget. He also named Wally Adeyemo, a former Obama administration official and the first CEO of the former president's nonprofit foundation, as his nominee for Deputy Treasury Secretary. He also unveiled his White House economic team, consisting of economists Cecilia Rouse, Jared Bernstein and Heather Boushey.

Biden to Receive First Classified Briefing as President-elect on Monday

Biden had been blocked from receiving intelligence briefings and his team members had been blocked from contact with their counterparts in the Trump administration due to the General Services Administration’s refusal to ascertain that Biden won the election while Trump campaign legal challenges against the vote continued. That ascertainment came last week, lifting those roadblocks to cooperation.

Bedingfield says the team has been in touch with FBI and Department of Justice officials about coordinating expedited background checks for Biden’s senior White House staffers and the Cabinet nominees he announced Tuesday.