So far, U.N. agencies and several countries have sent dozens of planeloads of aid to Pakistani flood victims. Washington has announced the United States will provide $30 million in assistance to help flood victims

U.N. Secretary-General Antonio Guterres arrived before dawn Friday on a two-day visit aimed at expressing his solidarity with Pakistan's government and people over climate-induced floods that have killed 1,391 people since mid-June.

Upon his arrival at an airport near Islamabad, Guterres was received by senior officials.

During the visit, the U.N. chief will travel to flood-hit areas, and he will meet with Prime Minister Shahbaz Sharif and other government and military officials.

Guterres’ trip comes less than two weeks after he issued an appeal for $160 million in emergency funding to help millions affected by record-breaking floods that have caused at least $10 billion in damages.

Last week, the U.N. chief issued a stern warning about the effects of climate change. 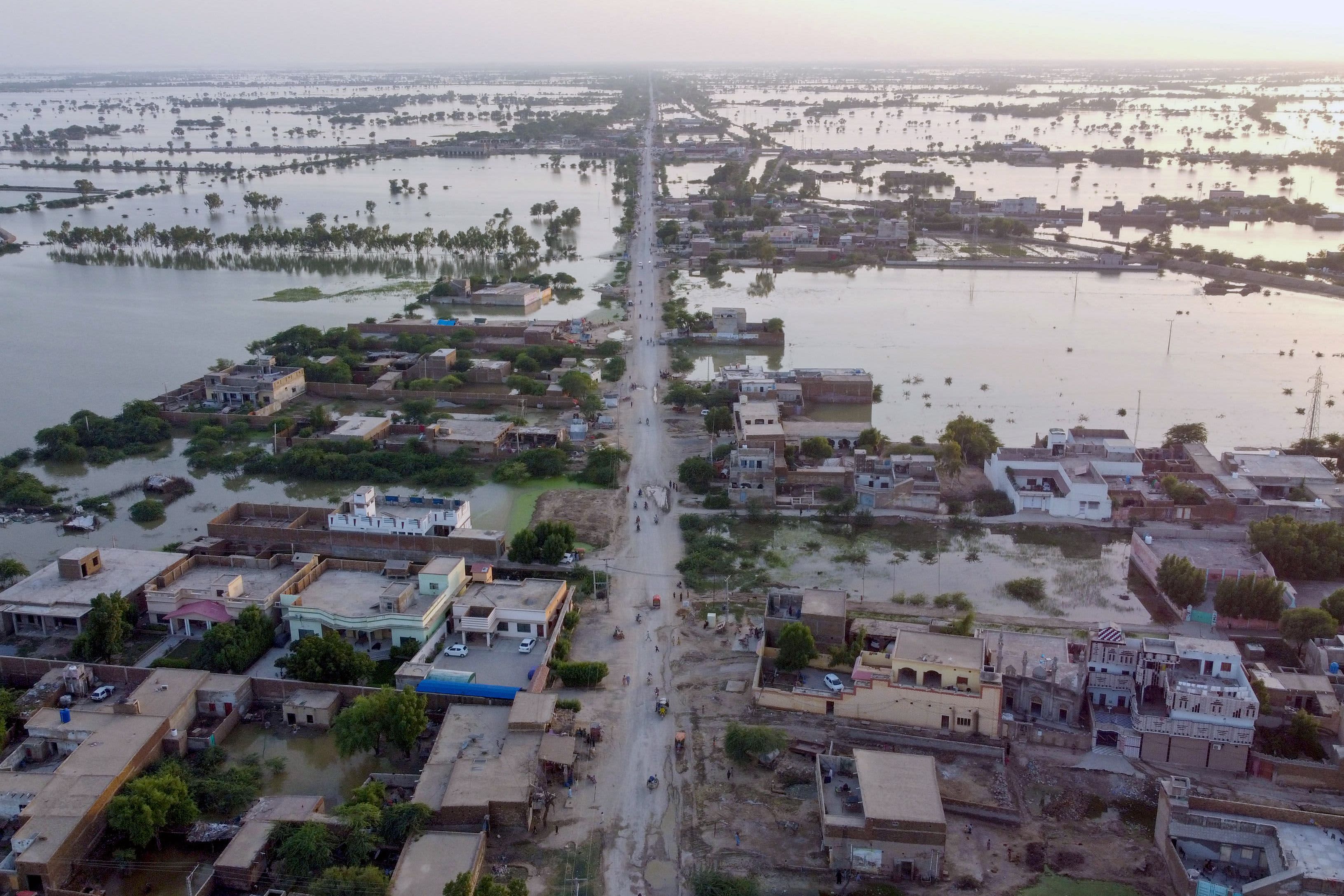 Pakistan Is Bearing the Brunt of the Climate Crisis Despite ‘Small Carbon Footprint,' Minister Says

“Let’s stop sleepwalking toward the destruction of our planet by climate change,” he said in a video message to a ceremony in Islamabad at the time. “Today, it’s Pakistan. Tomorrow, it could be your country.”

So far, U.N. agencies and several countries have sent dozens of planeloads of aid to Pakistani flood victims. Washington has announced the United States will provide $30 million in assistance to help flood victims.

On Thursday, Sharif told a visiting American diplomat that the world should step up its fight against climate change to avoid more deadly flooding in the impoverished Islamic nation, the government said.

Sharif made the comment in a meeting with Derek Chollet, a senior State Department official visiting Islamabad to assess damages and arrange for aid in the wake of floods that have killed 1,391 people, affected 3.3 million people and made more than half a million homeless.

According to the statement, Chollet “affirmed that the U.S. would stand by Pakistan in the wake of this immense challenge, extend vital support, and help affected people rebuild their lives and communities.”

The meeting came a day ahead of the first American planeload expected to bring supplies.

Chollet on Thursday also met with Pakistan's powerful army chief Gen. Qamar Javed Bajwa, according to a military statement, as the Biden administration approved the resumption of a $450 million sale to Pakistan of equipment for F-16 aircraft maintenance — a sale that had been on hold for years.

Chollet told reporters in Islamabad it was a “step forward “in security relations between the United States and Islamabad.

Earlier, Chollet said that he discussed in meetings with Sharif and other officials how Washington could assist in Pakistan's rescue and relief operations, adding that there will soon be more announcements of U.S. aid.

Washington was the largest donor to Pakistani flood victims, Chollet said and added that the Biden administration was also talking to other countries to ask them to help Pakistan and was committed to doing its part to address climate change.

The floods in Pakistan, which began in mid-June, have also injured 12,722 people, according to the National Disaster Management Agency.