The movie’s wins made history in both the Hollywood and South Korean film industries. The class satire is the first non-English-language film to win best picture in the 92-year history of the Academy Awards, and is the first South Korean movie to ever win an Oscar.

"Can you believe that ‘parasite’ won the Academy best picture?" South Korea’s biggest newspaper, Chosun Ilbo, said in a headline. "It rewrote the Academy’s 92-year-old history."

Take a look at the biggest moments from the 2020 Academy Awards. This year’s Oscars were held at the Dolby Theatre in Hollywood, California.

South Korean social media were overwhelmed with congratulatory messages. Bong, "Parasite" and other Oscar-related news also dominated search terms throughout Monday at major internet portal sites, which had been preoccupied with the outbreak of a virus in China that has killed more than 900 people and sickened tens of thousands of others, mainly in China.

Worries about the virus have been growing in South Korea, where 27 cases have been reported, though no deaths have occurred. Sales at tour agencies, restaurants, movie theaters and department stores have sharply declined, raising worries about the impact on South Korea’s already-lagging economy. Opposition parties are accusing the government of ineffectiveness in coping with the outbreak.

But the concerns about the virus and political warfare paused Monday to celebrate Bong’s wins.

"It’s happy news, like welcome rain, to the Republic of Korea, which is depressed, stagnant and thrown into despair due to Wuhan pneumonia," the main opposition Liberty Korea Party said in a statement. Wuhan is the Chinese city at the center of the outbreak.

President Moon Jae-in and his advisers began a regularly scheduled meeting by clapping their hands to celebrate Bong's wins. Moon later tweeted that he is proud of Bong and his staff and "particularly grateful to them for giving courage and pride to our people who are overcoming difficulties."

"I think this was a great opportunity to let the world know the true value of Korean movies," said office worker Cho Sung-ho, 54. "I think it is very meaningful that the Academy Award this time has acknowledged the superior quality of Korean films."

Hyeonjun Jeong, a 10-year-old “Parasite” actor who remained in Seoul, shouted with joy as he watched a TV broadcast of the awards.

"I thought it would be awesome to get them, and we actually won them,” Jeong told The Associated Press. “So I am wondering if I am in heaven." 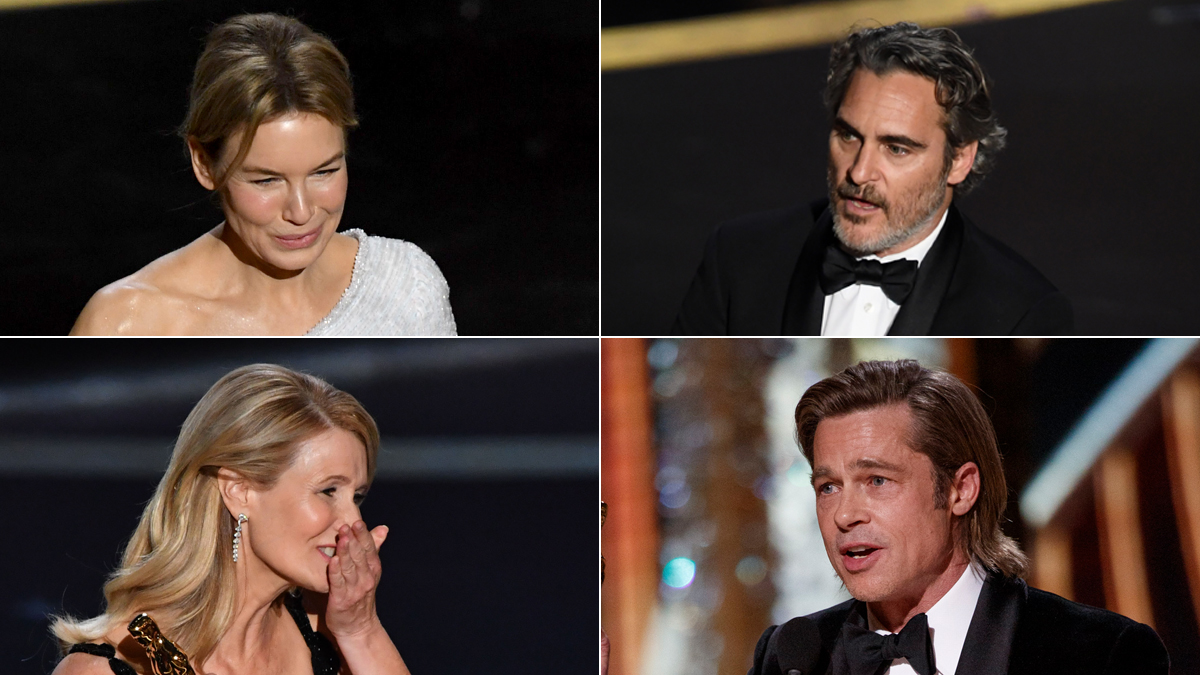 "It’s deeply meaningful for Korean movies and this will open the path for further development. It’s such a great honor. I’m speechless," said Kim Nam-hoon, 21.

Jeong Ho-cheol, a 26-year-old student, praised Bong for pleasing both movie critics and crowds. "His way of dealing with the underside of Korean society and problems such as rich-poor gaps and the way he expresses those issues are very expressive," he said.

Park Chan-wook, a prominent South Korean movie director who is regarded as Bong’s main rival at home, joined the congratulations.

It is a "huge blessing to work in the same industry as a person as talented as Bong and being able to call him a friend," said Park, who won the Grand Prix at the 2004 Cannes Film Festival for "Oldboy," in an interview with the Munhwa Ilbo newspaper.