In 2017, Ginsburg called Bryant Johnson a “very important part of my life”

Ruth Bader Ginsburg's longtime personal trainer paid tribute to the late Supreme Court justice by doing push-ups beside her casket as she lay in state at the U.S. Capitol on Friday.

As lawmakers and mourners took turns bowing their heads to honor Ginsburg, Bryant Johnson, Ginsburg's beloved trainer of over 20 years, approached her flag-draped casket and, in a touching and personal tribute, dropped to the ground and did three quick push-ups.

Over the years, Ginsburg credited Johnson for helping her keep up her physical and mental strength. In 2017, Ginsburg called Johnson a “very important part of my life.” 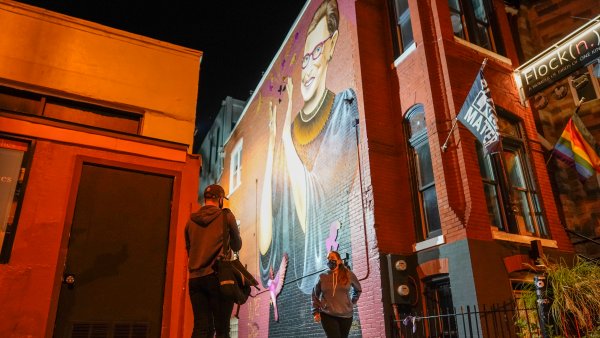 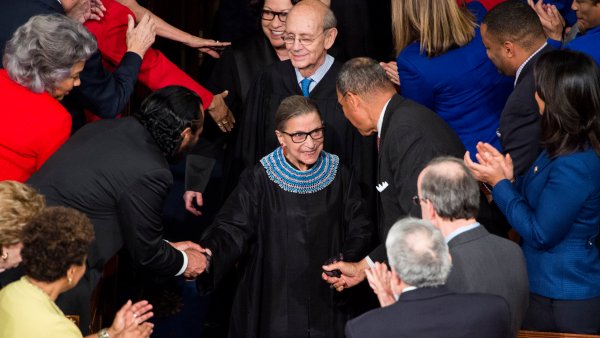 Ginsburg started working out with Johnson in 1999 after being treated for colorectal cancer. As Ginsburg tells the story, her husband told her she looked “like a survivor of a concentration camp” and needed to do something to rebuild her strength.

That’s when another judge referred her to Johnson, the records manager at a federal court in Washington who is also an Army reservist and trainer. Their twice-a-week workouts helped Ginsburg regain her strength after her first bout with cancer and again after she was treated for pancreatic cancer in 2009.

“Early on she saw the benefits of exercise,” said Johnson, who has also trained two other liberal justices, Justice Elena Kagan and Justice Stephen Breyer. Johnson says what he does won’t necessarily make anyone live longer but it will improve their quality of life. He called Ginsburg “awesome” and “remarkable.”

Interest in her fitness routine resulted in a workout book written by Johnson: “The RBG Workout: How She Stays Strong ... and You Can Too!” Published in 2017, the book walks readers through the hour-long workout routine that Ginsburg endured, with illustrations of the justice doing each exercise.

Ginsburg was often asked at appearances about the fact she did the core-strengthening plank and push-ups, and not the modified ones where people put their knees on the ground. The book made clear she did a lot more, including chest and shoulder presses, bicep and leg curls, one-legged squats, knee raises and an exercise where she would throw Johnson a weighted ball.

In 2014, during a workout session, Johnson said he noticed something with Ginsburg was off, and she said she felt nauseous. Johnson got Ginsburg’s assistants involved and they convinced her to go by ambulance to a hospital where she ultimately had a stent implanted to clear a blocked artery to her heart. As she was about to be driven away, Johnson said he joked: “Justice, don’t think you’re going to get out of these push-ups.”

What was going on in his head was something else.