Two people have died after an explosion at the West Haven VA Medical Center on Friday morning and three others are injured, according to officials.

Alfred Montoya, director of VA Connecticut Healthcare System, said one employee, a veteran of the U.S. Navy, and one contractor died after an explosion in a steam line that was being replaced.

"Today as I sat there on probably one of the hardest moment of my VA career and told his loved one that he was deceased, it was so difficult," Montoya said. "But I will tell you what she said back to me is that this is the reason he came in. As a veteran, he wanted to take care of fellow veterans. He wanted to give back to those men and women who fought so hard. And it's moments like that that tear at your heart and tear at your soul."

Co-workers who knew the victims killed in Friday's explosion at the Veterans Affairs Medical Center in West Haven spoke about their friends and the heartbreak being felt by the staff there.

Officials said the people who suffered minor injuries were employees of the VA.

Montoya said the incident happened during routine maintenance on a leaky steam pipe in a building, which was built in the 1940s and 1950s.

He said it is a constant “uphill battle” to maintain the infrastructure.

He said the work started around 7:30 and was finished in around half an hour. The incident occurred when the pipe was refilled with steam.

The contractor who died worked for Mulvaney Mechanical, based in Danbury, Connecticut, said company Vice President Charles Brough. He said he did not have information about the work being done, and the company did not release the contractor’s name.

“We have been advised of a significant event at the West Haven VA Hospital involving our personnel. We are cooperating in all matters investigating what has transpired. At this juncture we have been apprised of the death of one of our team members. We will issue additional information as it becomes available,” Brough said in a statement.

Montoya said they isolated the incident and treatment of veterans continued on Friday.

VA Secretary Robert Wilkie released a statement after the tragedy.

“We received a report this morning that an explosion occurred at the West Haven campus of the VA Connecticut Healthcare System that resulted in two deaths in a non-patient care area,” VA Secretary Robert Wilkie said in a statement, which was reported by The Associated Press.

“Neither of the victims were VA patients and patient care was not affected. Emergency personnel are on the scene,” the statement from Wilkie said. “Our prayers are with the families of the victims of this explosion.”

West Haven police said it is an "isolated incident with no threats to the public."

The tragedy that took the life of a veteran comes just days after Veterans Day.

“It’s a tragedy in the middle of a pandemic,” Gov. Ned Lamont said.

"State emergency management officials are actively working with local and federal officials to respond to the explosion that occurred this morning at the West Haven VA Medical Center and will continue to provide as much aid as necessary to conduct an investigation," Lamont said in a tweet just before noon. "Early indications are that this appears to have been caused by a steam pipe. At this time we can confirm that there have been two deaths, and our hearts go out to their families and colleagues at the VA center. This is a heartbreaking tragedy, and I have instructed our state agencies to provide full resources as the response and investigation continues."

Officials said there were rumors of multiple victims, but the two victims who died were the only ones in the area at the time.

Sen. Richard Blumenthal, a member of the Senate Veterans' Affairs Committee, called Friday a profoundly sad day and the men were repairing a system that should have been replaced long ago.

He said the "antiquated and aging" building and is on a list to be replaced.

“There will be a full investigation. I will be monitoring it closely,” Blumenthal said.

The area of the campus where the blast happened was taped off by late Friday morning, but people were being allowed to enter and exit the main hospital building.

The federal Occupational Safety and Health Administration is looking into what happened, spokesperson Jim Lally said.

The West Haven fire marshal is investigating along with detectives from the State Police fire and investigation unit, state police said. The FBI will also be assisting in the investigation, the agency told NBC CT.

State Sen. James Maroney (D-West Haven) offered his condolences to the families of the victims in a statement.

"My thoughts and prayers are with the families of those who lost their life in the explosion at the VA today," Maroney said. "I have nothing but gratitude and appreciation for the first responders who are on hand dealing with the situation as we wait to find out what caused the explosion."

The state commissioner of the Department of Veterans Affairs released a statement reacting to the explosion.

"The Leadership and Staff of the Connecticut Department of Veterans Affairs (DVA) are deeply saddened by the tragic accident at the Federal VA in West Haven and extend our condolences and prayers to the families of the victims and to our Federal colleagues who continue to care for Connecticut's Veterans", said commissioner Thomas J. Saadi.

The U.S. Senate Veterans' Affairs Committee released the following statement on social media: "Very saddened to hear of the awful news regarding the West Haven VA this morning. We are actively monitoring this ongoing situation. Our prayers are with the victims and all those affected by the explosion."

Everett Kelley, the national president of the American Federation of Government Employees, issued a statement that said, “We are saddened to hear the news of the tragedy at the West Haven VA this morning. Our thoughts and prayers are with the families of the two workers who were killed as a result of this tragic event. We are thankful to the first responders and those who are involved in investigating the cause of this horrific event.” 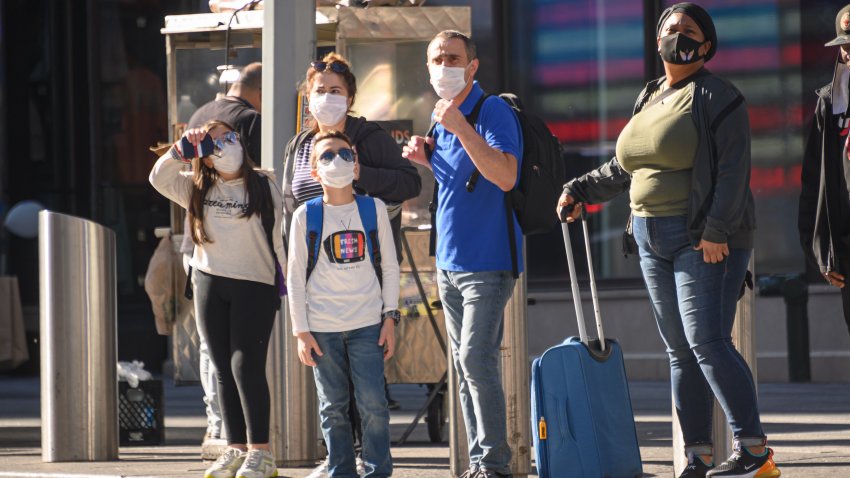