A 13-year-old Chicago boy appears to have dropped a handgun and begun raising his hands less than a second before a police officer shot and killed him last month, footage released Thursday under community pressure shows.

A still frame taken from Officer Eric Stillman's jumpy nighttime body camera footage shows that Adam Toledo wasn't holding anything and had his hands at least partially up when Stillman shot him in the chest at around 3 a.m. on March 29. Police, who were responding to reports of shots fired in the area, say the teen had a handgun on him before the shooting. And Stillman's footage shows him shining a light on a handgun on the ground near Toledo after he shot him.

WARNING: The following video contains graphic content and may be disturbing to some viewers. PLEASE NOTE: NBC 5 is not showing the moment Adam Toledo is shot. The audio of the scene will continue to play as the video pauses.

The release of the footage and other investigation materials comes at a sensitive time, with the ongoing trial in Minneapolis of former Officer Derek Chauvin in the death of George Floyd and the recent police killing of another Black man, Daunte Wright, in one of that city's suburbs. Before the Civilian Office of Police Accountability, an independent board that investigates all police-involved shootings in Chicago, posted the material on its website, Mayor Lori Lightfoot called on the public to keep the peace and some downtown businesses boarded up their windows in the expectation that there could be unrest.

“We live in a city that is traumatized by a long history of police violence and misconduct,” Lightfoot said. “So while we don’t have enough information to be the judge and jury of this particular situation, it is certainly understandable why so many of our residents are feeling that all too familiar surge of outrage and pain. It is even clearer that trust between our community and law enforcement is far from healed and remains badly broken.”

Nineteen seconds elapsed from when Stillman exited his squad car to when he shot Toledo. His bodycam footage shows him chasing Toledo on foot down an alley for several seconds and yelling “Police! Stop! Stop right (expletive) now!”

As the teen slows down, Stillman yells “Hands! Hands! Show me your (expletive) hands!”

Toledo then turns toward the camera, Stillman yells “Drop it!” and midway between repeating that command, he opens fire and Toledo falls down. While approaching the wounded teen, Stillman radios in for an ambulance. He can be heard imploring the boy to “stay awake,” and as other officers arrive, Stillman says he can’t feel a heartbeat and begins administering CPR.

WARNING: The following video contains graphic content and may be disturbing to some viewers. PLEASE NOTE: NBC 5 is not showing the moment Adam Toledo is shot. The audio of the scene will continue to play as the video pauses.

Adeena Weiss-Ortiz, an attorney for Toledo’s family, told reporters after the footage and other videos were released that they “speak for themselves.”

"Adam, during the last second of his life, did not have a gun in his hand. The officer screamed at him, ‘Show me your hands.’ Adam complied,” she said.

Weiss-Ortiz said it's irrelevant whether Toledo was holding a gun before he turned toward the officer.

"If he had a gun, he tossed it. The officer said show me your hands, he complied. He turned around,” she said.

The Chicago Police Department typically doesn't release the names of officers involved in such shootings this early on in an investigation, but Stillman's name, age and race — he's 34 and white — were listed in the investigation reports COPA released Thursday.

Weiss-Ortiz said that she looked into Stillman and, "From what I understand, he had no prior discipline, no prior events.”

Stillman's attorney, Timothy M. Grace, confirmed the officer's identity and said in a statement that the officer had no choice. He said the officer chased the juvenile and gave repeated commands, including to stop, and "don't do it."

"The officer had no place to take cover or concealment, the gun was being orientate[d] in his direction and he was left with no other option," Grace said.

Lightfoot, who along with the police superintendent called on COPA to release the video, urged the public to remain peaceful and reserve judgment until the police accountability board can complete its investigation. Choking up at times, she decried the city's long history of police violence and misconduct, especially in Black and brown communities, and said too many young people are left vulnerable to “systemic failures that we simply must fix.”

She also described watching the footage as “excruciating."

“As a mom, this is not something you want children to see,” said the mayor.

In addition to posting Stillman's bodycam footage, the review board released footage from other bodycams, four third-party videos, two audio recordings of 911 calls, and six audio recordings from ShotSpotter, the technology that alerted police to gunshots in that area of Little Village, a predominantly Latino and Black neighborhood on the city's West Side, and led officers to head there that morning.

Toledo, who was Latino, and a 21-year-old man fled on foot when confronted by police, and Stillman shot the teen once in the chest following a foot chase during what the department described as an armed confrontation. The 21-year-old man was arrested on a misdemeanor charge of resisting arrest.

The review board initially said it couldn’t release the video because it involved the shooting of a minor, but it changed course after the mayor and police superintendent called for the video’s release.

Footage of the Toledo shooting had been widely anticipated in the city, where the release of some previous police shooting videos sparked major protests, including the 2015 release of footage of a white officer shooting Black teenager Laquan McDonald 16 times, killing him. 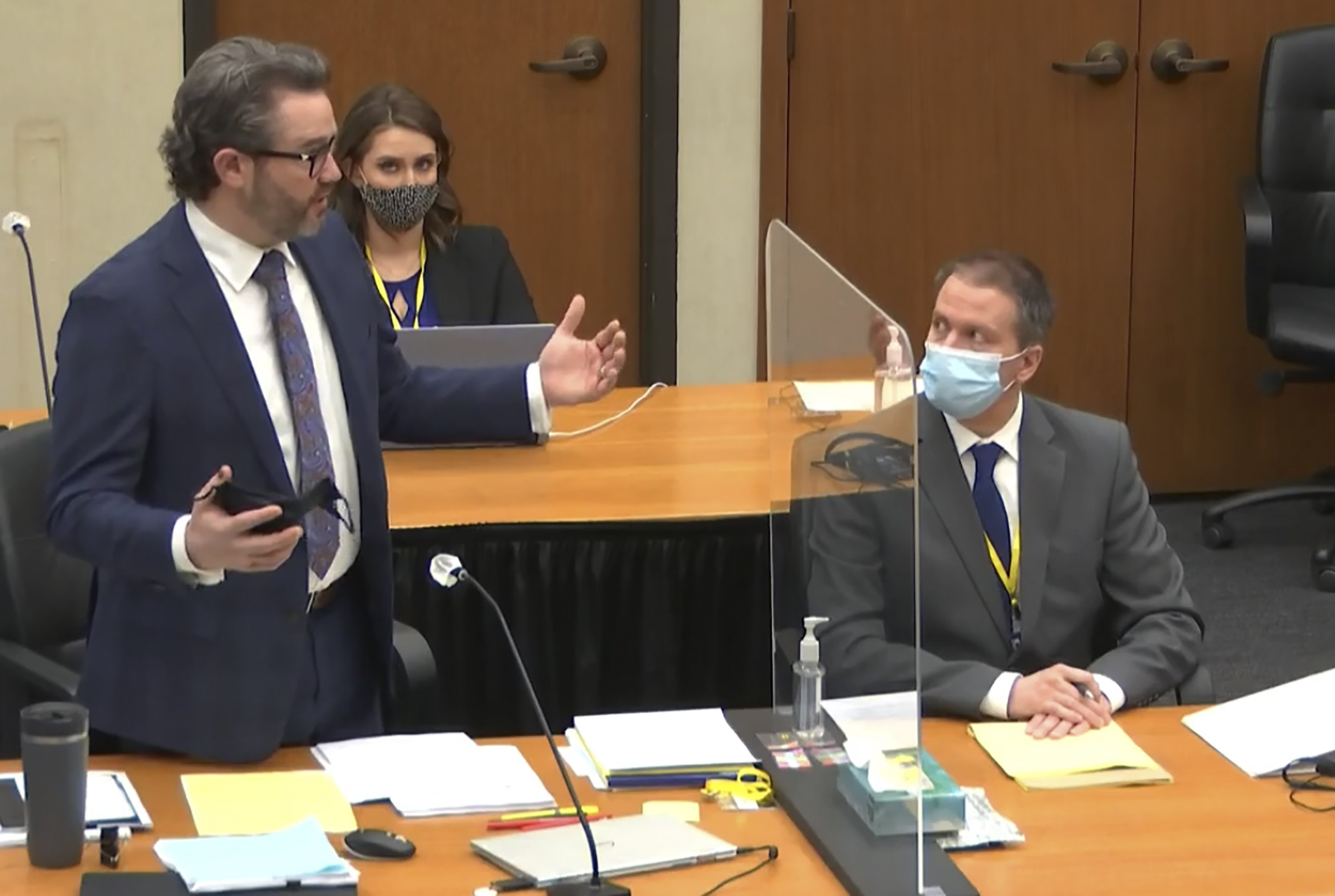 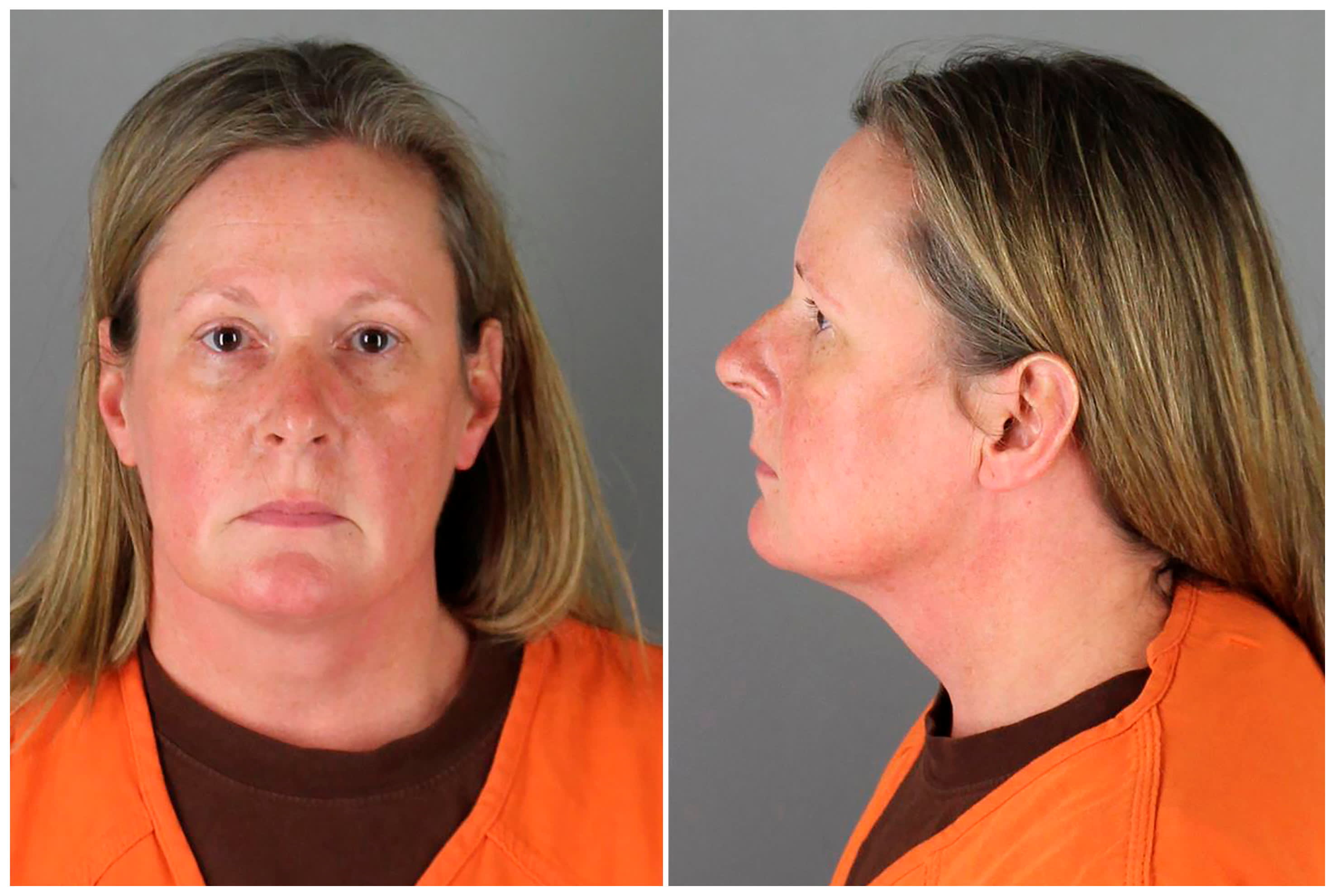 Before the video's release, some businesses in downtown Chicago's “Magnificent Mile” shopping district boarded up their windows. Lightfoot said the city has been preparing for months for a verdict in the Chauvin trial and that it had activated a “neighborhood protection plan” ahead of Thursday's release.

“It happens now that these circumstances are sitting next to each other,” she said.

“We have heard reports in the media that more protests are planned today, and while we have no direct knowledge of such events, we pray that for the sake of our city, people remain peaceful to honor Adam’s memory and work constructively to promote reform,” said the family, which planned to hold a news conference later Thursday.

Before the video's release, Lightfoot and attorneys for the family and city said in a joint statement that they agreed that in addition to the release of the video, all investigation materials should be made public, including a slowed-down compilation of what happened that morning.

“We acknowledge that the release of this video is the first step in the process toward the healing of the family, the community and our city,” the joint statement read. “We understand that the release of this video will be incredibly painful and elicit an emotional response to all who view it, and we ask that people express themselves peacefully.”

The Chicago Police Department has a long history of brutality and racism that has fomented mistrust among the city’s many Black and Hispanic residents. Adding to that mistrust is the city’s history of suppressing damning police videos.

The city fought for months to keep the public from seeing the 2014 video of a white officer shooting McDonald 16 times, killing him. The officer was eventually convicted of murder. And the city tried to stop a TV news station from broadcasting video of a botched 2019 police raid in which an innocent, naked, Black woman wasn’t allowed to put on clothes until after she was handcuffed.