With Chaos in Iowa and NH on Horizon, Dems Thank Supporters

With caucus results delayed for hours Monday night due to reporting "inconsistencies," technical issues and "quality checks," Democratic candidates gave speeches to their Iowa supporters with no real idea of what it all meant.

Speaking to supporters in Des Moines, Buttigieg told the crowd, “By all indications, we are going on to New Hampshire victorious.”

“Tonight, an improbable hope became an undeniable reality," he added, but acknowledged that no one knew the results.

Polls going into Iowa's caucuses had showed Buttigieg among the front-runners, along with Sen. Elizabeth Warren of Massachusetts, Sen. Bernie Sanders of Vermont and former Vice President Joe Biden.

"We don't know all the results tonight, but tonight has already shown that Americans have a deep hunger for big structural change to make our economy and our democracy for everyone," she said. "Tonight showed that our path to victory is to fight hard for the changes Americans are demanding."

Sanders, flanked by his wife, son and grandchildren, addressed a throng of supporters during the delay.

“I have a strong feeling that at some point the results will be announced,” Sanders said. “And when those results are announced I have a good feeling we’re gonna be doing very, very well.”

A senior Sanders aide told NBC News the senator's speech was largely the victory speech he had planned, "with modifications." The aide said the campaign chose to give the speech before results in order to take advantage of the window of media attention.

Biden also indicated he thought Iowa was a success despite the lack of official results.

"We feel good about where we are, so it's onto New Hampshire," Biden said Monday night, adding that he'd "walk out of here with our share of delegates."

Biden has said he didn't have to win Iowa to win the nomination, but he wanted to avoid a bad showing.

Several donors attending his Des Moines watch party said they want to see Biden finish in the top three in Iowa to boost confidence going forward as the race moves to more diverse states where Biden is expected to be stronger.

For his part, Biden stuck to his usual argument, making President Donald Trump his target. "Each of us knows, deep in our bones, that everything this nation stands for is at stake," Biden said.

Sen. Amy Klobuchar of Minnesota thanked her supporters ahead of results for helping her do better than expected. 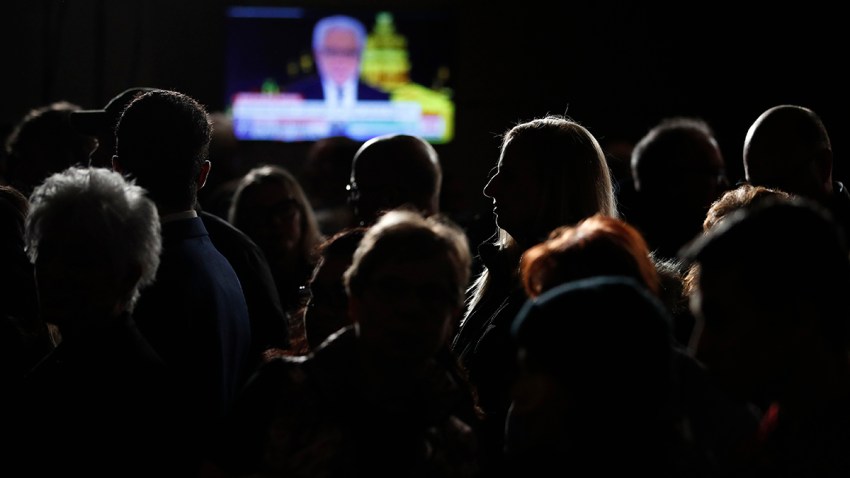 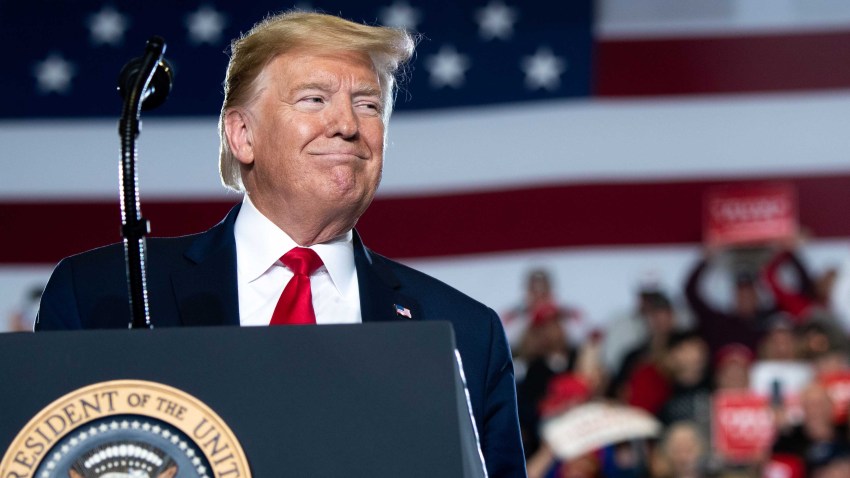 "You probably heard, we don’t know the results -- but I did not want to let another minute go by without thanking all of you," Klobuchar said. "We know there’s delays, but we know one thing: We are punching above our weight. My heart is full tonight."

With results still unreported and some candidates and staff already boarding flights to New Hampshire for their next primary battle, some campaigns started posting their own unofficial counts online.

Democrats had hoped that Iowa's caucuses would provide some clarity for what has been a muddled nomination fight for much of the past year. Instead, with no results in sight several hours after caucusgoers cast their votes, they faced the possibility that whatever numbers they ultimately released would be questioned. And beyond 2020, critics began wondering aloud whether Iowa's decadeslong tradition of hosting the first presidential primary election was in jeopardy.

Party officials held a call with campaigns as concerns were growing. They noted that turnout was not any higher than it was four years earlier.

Spokeswoman Mandy McClure said the party “found inconsistencies in the reporting of three sets of results."

“In addition to the tech systems being used to tabulate results, we are also using photos of results and a paper trail to validate that all results match and ensure that we have confidence and accuracy in the numbers we report,” she said. “This is simply a reporting issue, the app did not go down and this is not a hack or an intrusion. The underlying data and paper trail is sound and will simply take time to further report the results.”