Kunduz is one of the country’s larger cities with a population of more than 340,000

Taliban fighters seized most of the capital of northern Afghanistan's key Kunduz province on Sunday, and took another neighboring provincial capital after a monthlong siege. The advances were the latest in a series of blows to government forces as U.S. troops complete their pullout after nearly two decades in the country.

The militiamen planted their flag in the main square of Kunduz city, where it was seen flying atop a traffic police booth, a video obtained by the Associated Press showed.

It was the fourth provincial capital to largely succumb to Taliban fighters in less than a week, as they ramp up a push across Afghan's regions, and wage an assassination campaign in the capital, Kabul.

Two provincial council members said the Taliban took control of the governor's office and police headquarters after a day of firefights, as well as the main prison building, where 500 inmates including Taliban fighters were freed. 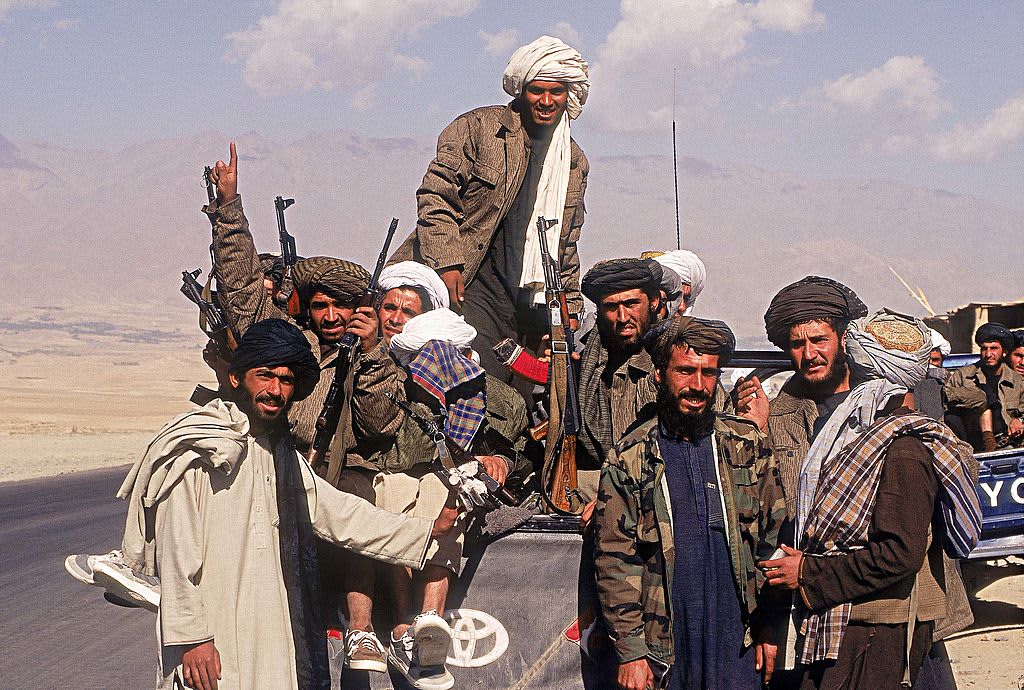 Kunduz's capture would be a significant gain for the Taliban and a test of their ability to take and retain territory in their campaign against the Western-backed government.

It is one of the country’s larger cities with a population of more than 340,000, and was a key area defended against Taliban takeover by Western troops over the years.

Councilman Ghulam Rabani Rabani said that fighting was continuing at the city’s airport and other parts of the city still in government hands. Kunduz is a strategic crossroads with good access to much of northern Afghanistan as well as Kabul, about 200 miles (335 kilometers) away.

Another provincial council member from Kunduz, Mohammad Yusouf Ayubi, also said Afghan forces only control the airport and main army barracks, and that the Taliban control the rest of the city.

“The innocent and poor must pay the cost of the war in Kunduz and other parts of the country, both government forces and the Taliban are the enemy of civilians," said Ayubi. "One can’t provide security and the other doesn't care about people's safety,” he added.

The Afghan government in Kabul denies it has lost the northern city, which would be the fourth provincial capital to be largely overrun by Taliban fighters in the last week. Interior Ministry Spokesman Mirwais Stanekzai said that Afghan security forces continue to fight and have already retaken some areas from the Taliban, without elaborating.

The Taliban has long considered the city a sought-after prize. It seized Kunduz, at the heart of a major agricultural region near Tajikistan, for around two weeks in 2015 before withdrawing in the face of a NATO-backed Afghan offensive. The insurgents pushed back into the city center a year later, briefly raising their flag before gradually being driven out again.

In Washington, senior officials from the White House National Security Council, State Department and Defense Department were in close contact with U.S. embassy officials in Kabul assessing the broader impact of the fall of Kunduz, according to a senior administration official. The official was not authorized to comment and spoke on the condition of anonymity.

But the official indicated that the Biden administration remains determined to stick to its plan to end the U.S. war in Afghanistan by the end of the month despite the Taliban’s rapid strategic gains.

White House press secretary Jen Psaki said on Friday that the recent surge in attacks run counter to the “the Taliban claim to want international legitimacy” and offered that the militants “do not have to stay on this trajectory.”

Also Sunday, the Taliban forces overran Taleqan, the capital of Takhar province which lies next to Kunduz, two Afghan lawmakers said. Takhar, a city of some 200,000, has particular significance for the anti-Taliban northern alliance fighters who joined the U.S.-led coalition to oust the religious militia in 2001.

Sayed Sharafuddin Aini, a member of the Afghan parliament from Takhar province, said the Taliban managed to take the city in the afternoon after three months of advances during which it took control of all of the province's countryside.

Another MP from the area, Nazifa Yousefi Beg, said that all provincial officials including the governor, police chief, and council members were on the run. She said she worried about their safety and wanted the government to send reinforcements to the city.

Both lawmakers spoke by telephone in Kabul, where they live. They said they had been in touch with officials and provincial council members in the morning and early afternoon, and Beg was appealing directly to the acting defense minister at his office.

Taleqan had been under siege in recent weeks and largely cut off from the rest of the country by Taliban forces that had taken control of the surrounding countryside over the past three months.

The insurgents have been on a country-wide offensive that intensified as U.S. and NATO troops began to wrap up their withdrawal from the country this summer. With Taliban attacks increasing, Afghan security forces and government troops have retaliated with airstrikes aided by the United States. The fighting has raised growing concerns about civilian casualties.

On Saturday, Taliban fighters entered the capital of the northern Jawzjan province after sweeping through nine of 10 districts in the province. Several other of the country’s 34 provincial capitals are threatened as Taliban fighters sweep through large swaths of Afghanistan at a surprising speed.

Earlier last week their fighters captured the ninth of 10 police districts of Lashkar Gah, the capital of southern Helmand province. Heavy fighting there continues, as do U.S. and Afghan government airstrikes, one of which damaged a health clinic and high school.

The Defense Ministry confirmed airstrikes occurred but said they targeted Taliban positions, killing 54 fighters and wounding 23 others. It made no mention of a clinic or school being bombed in its statement. Deputy provincial council chairman Majid Akhund said the facilities had been under Taliban control when they were struck.

As they rolled through provincial capitals, the Taliban issued an English language statement on Sunday saying that residents, government employees, and security officials had nothing to fear from them.

“No former civil servant and other government employees including those who worked in the security sector ... should have any fear of the Mujahideen of the Islamic Emirate, nor flee towards other places,” said the statement.

Revenge attacks and repressive treatment of women have been reported however in areas now under Taliban control.