Metro is testing the extension of the Silver Line to Dulles International Airport after Metro taking control of the project last week.

Halloween is the target date for when the six new stations will open, sources said.

The project is about four years behind schedule. Both phases of the project were constructed by the Metropolitan Washington Airports Authority, with the first phase being constructed in 2014.

Deanna Brisco, who commutes all the way from Maryland to work at the airport, said things will get much easier for her with a direct line to the airport.

“I drive to the Capitol Heights Metro station and park every day,” Brisco said. “I’m so excited. I can’t wait till they open. I’ve been praying to God that they will open real soon.” 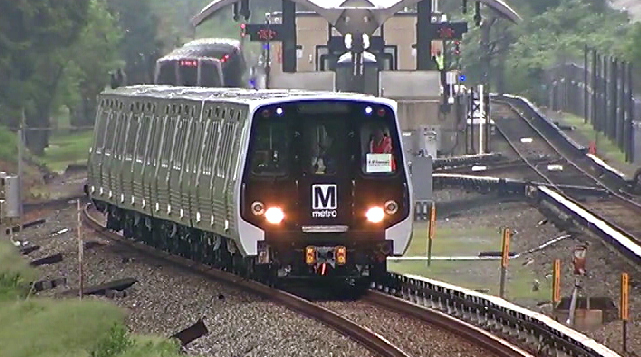 “It’s a pretty big deal especially with gas prices. It’s super convenient,” Etter said. “It’s crazy to see it come full circle, from when they were supposed to do it 10 years ago or however long it was supposed to be, so it’s really exciting.”