The two people found dead in a burning house in Fairfax, Virginia, on Wednesday were a toddler and a man, and police are investigating the possibility that the man killed the child and then himself.

Roy Eugene Rumsey, 58, was identified Thursday as the man found dead in the house on the 12100 block of Fairfax Hunt Road, which he owned.

The body of a toddler, a girl, also was found. Fairfax County police have not identified the child or determined what her connection was with Rumsey.

"I'm just hoping for the best and that the child didn't suffer too much," neighbor Liz Moysey said. She said she had never seen a child at the home. 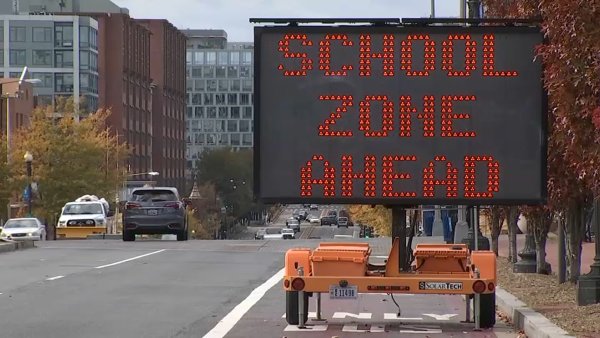 "There were 20- or 30-foot flames coming out of the roof over the garage," Moysey said Wednesday.

Video taken from Chopper4 shows the roof of the house burned down to the beams. From the rear of the house, what appeared to be scaffolding was visible. Sixty firefighters battled the blaze, which took 40 minutes to bring under control amid temperatures in the 90s.

A source who had been inside the house after the fire said it appeared to have started in the living room, which smelled like gasoline. Officials were not confirming information on the source of the blaze.

Neighbors said Wednesday that a man who lived in the house sometimes was not seen for weeks or even months at a time. He moved into the house in the 1980s and worked as a defense contractor, they said.

The Office of the Chief Medical Examiner will perform autopsies, police said Thursday.