BIBLE-CARRYING MEXICO HIJACKER HAD A "REVELATION"
A Bolivian religious fanatic briefly hijacked a jetliner from the beach resort of Cancun as it landed in Mexico City on Wednesday, police said. All passengers and the crew were released unharmed. The Bible-carrying hijacker used a juice can he said was a bomb to hold the 103 passengers and crew on the tarmac for more than an hour. Masked police stormed the aircraft with their guns drawn and escorted several handcuffed men away without firing a shot. Police later said there was only one hijacker. (AP VIA Yahoo News)

TROOPER LIKELY WAS BAIT DOG
D.C. animal lovers have been following the recovery process of Trooper, the swollen and bloodied dog tossed in a Southeast dumpster last month. It’s been assumed the mangled pit bull, given her name by the Washington Humane Society (WHS), was discarded after she lost a bout at an illegal dog-fighting event. As it turns out, Trooper may not have made it even that far. “I have a gut feeling she was a bait-dog,” says Scott Giacoppo, the chief program officer for WHS and a dog-fighting expert. (Washington City Paper)

MAN ATTACKS BEACH-GOERS WITH JELLYFISH
A 41-year-old man faces charges after witness said he pretended to drown and then allegedly began to throw jellyfish at beachgoers.  According to a sheriff's office report, Keith Edward Marriott caused "concern for his safety" when he repeatedly submerged himself and floated back to the top of the water and he was also "loud and disruptive."  He then started throwing the sea creatures. (MSNBC) 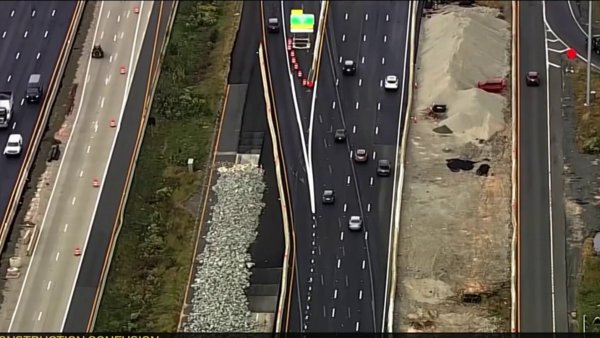 PA MAN'S CANNON HITS NEIGHBORING HOME
A Pennsylvania history buff who recreates firearms from old wars accidentally fired a 2-pound cannonball through the wall of his neighbor's home.  Fifty-four-year-old William Maser fired a cannonball Wednesday evening outside his home in Georges Township that ricocheted and hit a house 400 yards away.  The cannonball, about two inches in diameter, smashed through a window and a wall before landing in a closet. Authorities say nobody was hurt.  State police charged Maser with reckless endangerment, criminal mischief and disorderly conduct.  (USA Today)