Sherwood's Notebook: The Mayoral Campaign…Cleaning Up

Union leaders on Monday milled about in front of the imposing headquarters of the AFL-CIO on 16th Street, a strip of yellow “caution” tape warding off any vehicles that might try to pull onto the expansive driveway.

From a small platform off to one side, organized labor put down its marker on the 2014 mayor’s race here in the District.

“Muriel Bowser represents the best choice for working people in the District of Columbia,” declared Joslyn Williams, president of the Metropolitan Washington Council AFL-CIO since 1982. The council represents about 175 local unions in the region and about 150,000 union workers in our area.

Labor officials estimate that about 40,000 union workers are registered to vote in the District. But they also acknowledge they rarely vote in a bloc. 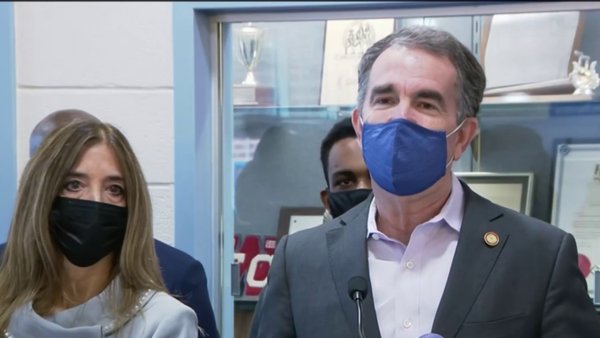 In the April 1 Democratic Primary this past spring, many unions, especially public service unions, endorsed incumbent Mayor Vincent Gray. But the executive council headed by Williams declined to endorse anyone, including Bowser. Gray lost badly to Bowser in the Democratic primary.

Union officials said the Bowser endorsement on Monday was predictable. While Bowser didn’t win the endorsement in April, the unions are mostly Democrats like Bowser, and she is widely seen as the likely November winner. But even some supporters say she is not a shoo-in. Independents David Catania and Carol Schwartz have some modest union credentials of their own, according to labor questionnaires.

“There’s some enthusiasm for Bowser, but not too much,” one union veteran of city politics said on background so he could speak freely. “We think she’s going to win and [the unions] want to be with a winner.” He acknowledged this general election, unlike most November contests for mayor, is a bit uncertain.

Catania is a veteran at-large D.C. Council member who has made some but not nearly enough inroads yet to block the presumptive Bowser victory. Schwartz, who got into the race late, is a veteran public official even though she last served on the council in 2008 and must reintroduce herself to many voters.

■ Housekeeper for a day. Bowser used the union endorsement on Monday to try to burnish her common touch.

At the union event, Bowser was smiling, hugging and glad-handing everyone. She proudly noted that she was the product of two hard-working parents. And she said she recently met with a group of hotel housekeepers who work for the Marriott Marquis, the convention center hotel that recently opened.

“They challenged me to do something, to be a housekeeper for a day,” Bowser said during her speech. “They didn’t think I could handle it and I probably can’t for the whole day,” she said, laughing. “But I’m going to stand with them.”

Campaign aides said Bowser likely would do the day of work next month, closer to the election and when the hotel is busier. “August is the worst — it’s empty,” said one hotel leader. Bowser is expected to eat breakfast with one of the women and her children, ride the bus to the hotel and help make beds and clean rooms.

Bowser said she would “work side by side to see how their life is.”

During the primary campaign, mayoral candidate Tommy Wells, a Ward 6 council member, lived a week on the minimum wage to demonstrate how tough that can be. Back in 1994, then-Mayor Sharon Pratt running for re-election worked part of a day as a waitress on Georgia Avenue to demonstrate her connection to workers. (Wells and Pratt lost.)

■ Money, money, money. Just before midnight Monday, Democrat Bowser weighed in with her latest campaign finance report, disclosing she has $1,026,632 on hand. That makes her the only million-dollar candidate in this race. In an attached statement, Bowser campaign finance chair Bill Lightfoot said that residents of the District “want an independent, trustworthy and honest mayor.”

Catania, who has questioned Bowser on all three of those qualities, earlier reported $464,983 campaign cash on hand, less than half Bowser’s total. Catania’s campaign says its goal is to reach close to $1 million before the campaign ends — enough, his aides say, to run a credible campaign. (Adrian Fenty raised $5 million in 2010 but still lost.)

Schwartz reported only about $65,000, of which $30,000 is a loan from herself. Schwartz says she is proud that her campaign is mostly run by volunteers who helped her get about 6,500 petition signatures to qualify for the ballot. Schwartz has said she will be sending out some campaign fundraising letters but is not expecting a well-funded effort in this, her fifth campaign for mayor.