Both victims were rushed to the hospital and were expected to survive, authorities said.

Two people were shot early Sunday morning just a block apart on U Street in Northwest D.C. Police shared a photo of a man on a four-wheeler Monday and said he was a suspect in one of the shootings.

First responders were called at around 3:44 a.m. to the 1200 block of U Street NW, where they found a man suffering from gunshot wounds, police said.

Authorities shared a picture of the suspect, a man riding a four-wheeler, which was captured by nearby surveillance cameras. 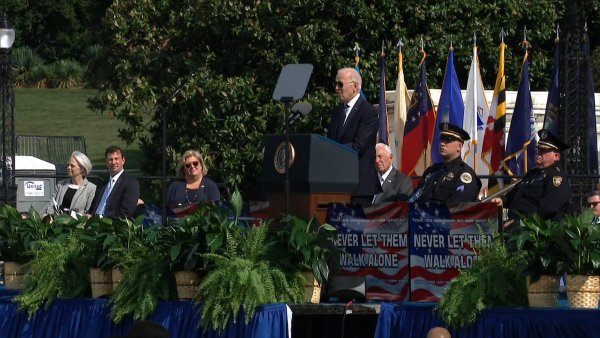 Hours earlier, a man was shot and windows were shattered in the 1300 block of U Street NW. D.C. police did not release suspect information in that shooting.

Both victims were rushed to the hospital and were expected to survive, authorities said.