“Today is another affirmation that the system is built to cover up wrongdoing by police in our country," the Ghaisar family said

Both officers claimed their status as federal officers granted them immunity from local prosecution, and Hilton agreed in the ruling.

Hilton wrote that the officers were entitled to immunity as long as the officers were authorized under federal law to act as they did, and that their actions were no more than necessary and proper under the circumstances.

Hilton said that both officers reasonably feared that Amaya could be struck and killed after attempting to stop Ghaisar's Jeep, and it instead lurched forward in the direction of Amaya.

“[T]here is no evidence that the officers acted with malice, criminal intent or any improper motivation,” Hilton wrote.

The judge also referenced what he called Ghaisar’s reckless driving and that marijuana was found in the Jeep and his bloodstream.

The U.S. Park Police Officers who shot and killed Bijan Ghaisar knew he didn't cause the crash they were pursuing him for, according to new evidence. News4's Paul Wagner reports.

Ghaisar’s family decried the ruling and said they will keep fighting for justice.

“Today is another affirmation that the system is built to cover up wrongdoing by police in our country,” they said. “This ruling ignores that it was Bijan’s car that was struck, it was Bijan who was chased by these officers without committing a crime and it was Bijan who these officers charged at with their guns drawn – twice — for being the victim of a fender bender. These officers shot at Bijan 10 times, including several times as his car rolled away from them into a ditch. That’s not fearing for their lives, that’s murder.”

“We intend to appeal this decision to the Fourth Circuit Court of Appeals because we do not believe the law allows an individual to circumvent the accountability of the criminal justice system simply because of who their employer is,” they said in a joint statement. “We believe that a jury should have the opportunity to hear all of the evidence and determine whether these men committed a crime when they shot and killed Bijan Ghaisar.”

“The idea that state government can’t get federal officers in front of a jury to answer for what they’ve done really sends a terrible message that if you’re a federal officer, you might be above the law," Descano told News4. 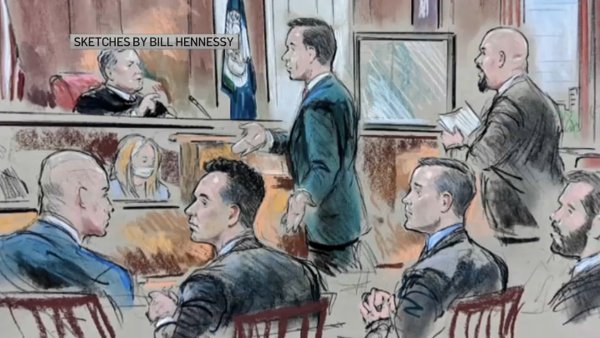 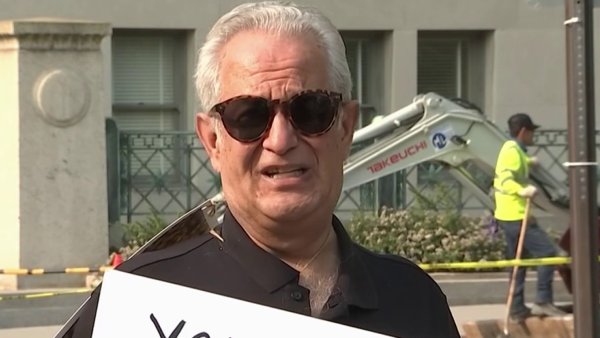 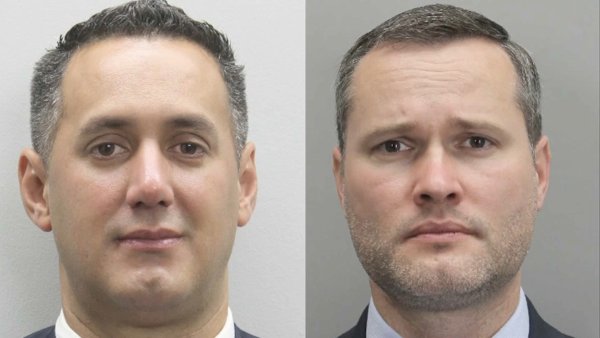 Ghaisar was an accountant from McLean, Virginia, with no criminal record.

Park Police pursued Ghaisar's SUV after a hit-and-run was reported in Alexandria, on southbound George Washington Parkway at Slaters Lane. Ghaisar's SUV was rear-ended about 7:30 p.m., when he suddenly stopped in the left lane, the driver and passenger in the striking vehicle told police.

Officers tried to stop Ghaisar, who they suspected in the crime, but he "led United States Park Police officers on a vehicle pursuit," Park Police said. The stop-and-go chase continued south on the parkway, into Fairfax County.

Park Police said they opened fire about 7:40 p.m. at Fort Hunt Road and Alexandria Avenue, an area with residential streets, about 6 miles south of the initial crash scene.

Two Fairfax County police officers responded to the scene but fired no shots, the department said. According to a Fairfax County Police Department dispatch call obtained by News4, Park Police opened fire, and then Ghaisar crashed his SUV.

Ghaisar, the only person in the SUV, was taken to a hospital in critical condition. After 10 days, he died.

In court documents, Amaya and Vinyard said they gave Ghaisar “chance after chance” to stop his vehicle. They said they feared Ghaisar would put them and others in danger.

Descano charged both officers with involuntary manslaughter last year, after the Justice Department declined to bring any criminal charges.

The FBI conducted an investigation that stretched two years before federal prosecutors declined to bring charges. Ghaisar's family and some members of Congress faulted the investigation for a lack of transparency and accountability.

Members of Congress from Northern Virginia and D.C. have expressed frustration over the Justice Department’s decision not to file federal charges in the case.