The child police say was beaten to death after eating birthday cake without permission had suffered repeated abuse, according to court documents released Wednesday.

Jack Garcia was a challenging kid -- smart, but stubborn and uncommunicative, especially in his early years, according to those who knew him.

But by third grade, before his mother moved him across the country to live with a man she'd met online, "he was ready to soar," said Margaret Saleh, assistant superintendent of pupil services in the Goleta, Calif. school system.

Once in Maryland, though, the 9-year-old's life changed dramatically -- and ended brutally. His mother, Oriana Garcia, didn't enroll him in public schools and considered home-schooling instead.

During the four months they all lived together in Wilson's three-bedroom Hagerstown apartment, the 30-year-old warehouse worker's methods escalated from slapping and sparring to smacking his legs with a bamboo sword, Barajas told police. Then came the handcuffs, with Oriana Garcia's knowledge, "to teach Jack not to steal," she told investigators.

The abuse culminated June 30 while Garcia worked as a retail store supervisor, according to court records. Barajas handcuffed the boy, and Wilson knocked him down with blows so severe that Jack begged him to stop.

Barajas told police it got so bad that he removed the handcuffs, but Wilson continued, repeatedly hitting the boy in the stomach until he passed out. Jack was suspected of taking some birthday cake belonging to Wilson's 2-year-old daughter.

Police say Garcia planned and participated in some of the discipline, such as making Jack eat until he felt sick and forcing him to exercise. That evening, as Jack lay critically injured, handcuffed and bound to a chair, police say his mother delayed his care for hours by sending away an ambulance Barajas had called.

Jaffe Report: Why Selling DC's Football Team Would Be a Win for Dan Snyder 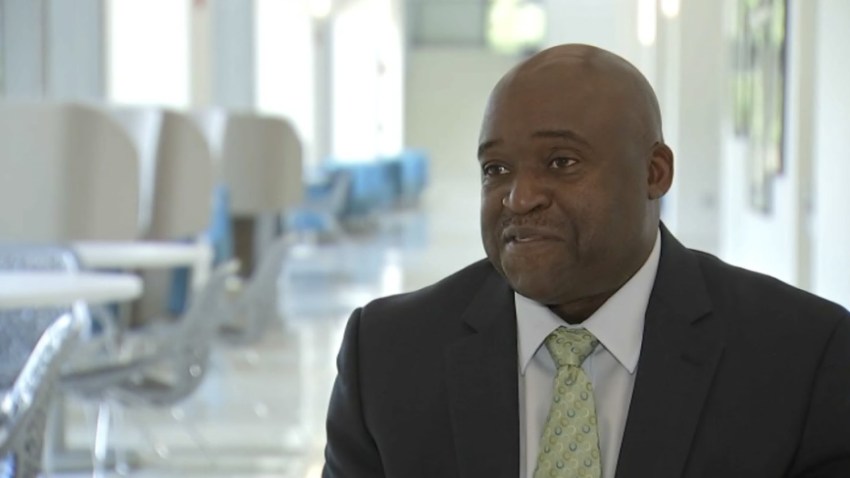 Only when the boy's breathing turned to alarming gurgles did Wilson make a second 911 call, but it was too late. Jack died five days later.

On Wednesday, a judge ordered Garcia and Barajas held without bail on charges of second-degree murder and first-degree child abuse. Their public defender declined comment.

Wilson, arrested before Jack's death, is being held on assault and child-abuse charges with bail set at $1 million. He faces the possibility of more charges after a grand jury hearing as early as next week. His lawyer declined comment, and his brother declined comment when reached by phone Wednesday.

Jack's death stunned Daniel Fletcher, a 35-year-old market researcher now living in Orem, Utah, who lived with Garcia for five years in Arizona and California. When they were together, he said, Garcia favored time-outs over corporal punishment because she had read that physical punishment can make a child more aggressive.

He said they broke up at her insistence but were still living together in a rented room when she met Wilson online.

Garcia had never seen Wilson in person before she pulled Jack out of school and boarded a train in February bound for Hagerstown. She was a single mother in a difficult situation, living with a man she no longer loved; otherwise, Fletcher said he doesn't know what motivated her.

She transferred to another Ross discount clothing store in the Hagerstown area and brought her brother along to watch Jack while she and Wilson worked.

Fletcher, who was working then at a Goleta Kmart, said he would have taken Garcia back, but her mind was made up. She pulled Jack out of school and headed east. He last saw Jack on a Skype conversation a few days before the deadly beating.

"I cared about her and I cared about Jack,'" said Fletcher, who traveled to Maryland for the boy's funeral over the weekend. "They were my people. They're still my people."