The man accused of ramming a Basilica of the National Shrine of the Immaculate Conception security guard with a car and getting in a knife fight with another guard inside the church is an ex-boyfriend of one of the guards who had threatened to kill her in the past, according to charging documents.

Dorsey Lee Mack III, 48, is accused of pulling into the parking lot of the National Shrine in Northeast D.C. about 9 a.m. Tuesday morning and striking his ex-girlfriend, who was on duty.

He then allegedly chased a male guard into the crypt of the church and stabbed him with a knife.

After Mack dropped his knife in a struggle with the guard, the guard grabbed it and Mack produced a second knife, according to charging documents. Eventually he went back to his SUV, ran over his ex-girlfriend again and drove home to the 1300 block of Sherman Street NW, where he barricaded himself inside for about an hour.

Police got him to surrender after he spoke to his daughter on the phone. During that call, Mack told her he tried to kill his ex-girlfriend, police said.

His ex-girlfriend told police she was not in a relationship with the security guard Mack stabbed, but Mack did not believe her and threatened to kill her several times, according to charging documents.

She said he had placed spyware on her phone to track her calls and text messages. 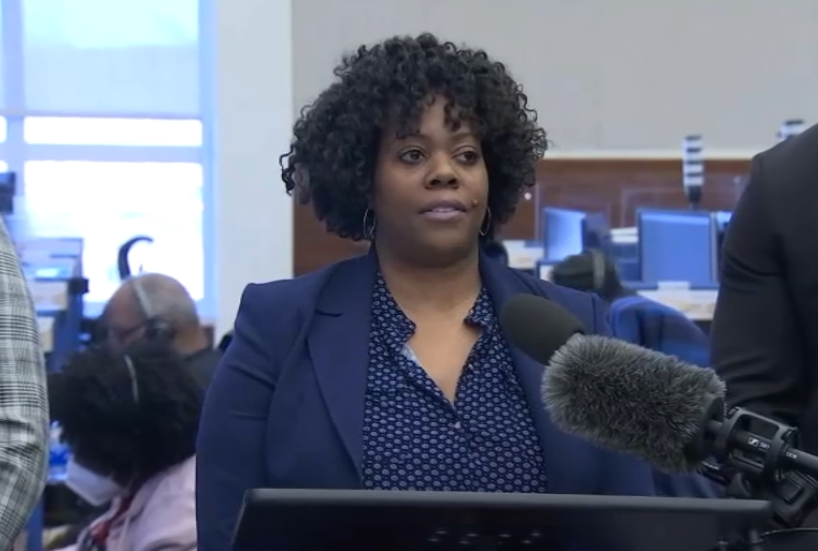 The security guards were taken to the hospital in critical condition.

Mack is charged with assault with intent to kill, police said.

The Basilica of the National Shrine of the Immaculate Conception is the largest Roman Catholic church in North America and is adjacent to The Catholic University of America. Pope Francis visited in September 2015. At least six Masses are celebrated there daily.

security guardattackBasilica of the National Shrine of the Immaculate Conception