The U.S. Department of Justice won't bring federal charges against six police officers involved in the arrest and in-custody death of Freddie Gray, a young black man whose death touched off weeks of protests and unrest in Baltimore.

The officers were charged by state prosecutors after Gray's neck was broken in the back of a police transport wagon in April of 2015. The 25-year-old was handcuffed and shackled at the time, but he was unrestrained by a seat belt. 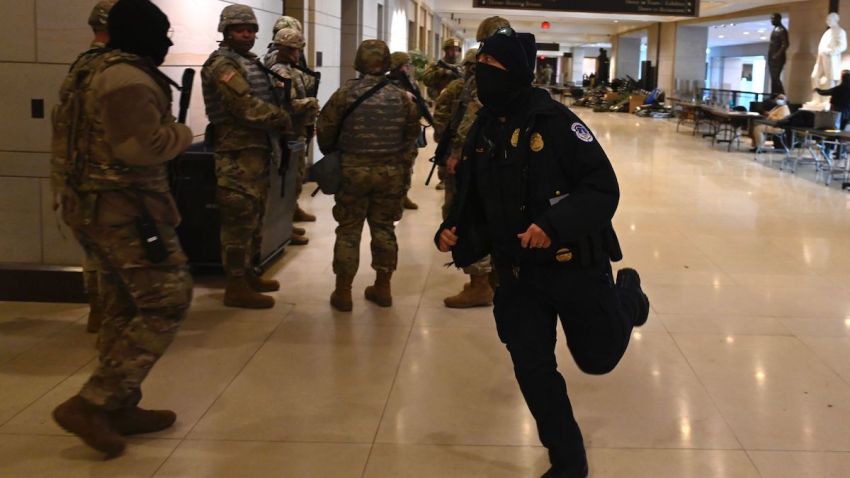 US Capitol 57 mins ago

The Gray family's attorney, Billy Murphy, said the Justice Department informed him on Tuesday that no federal charges would be filed. The decision means none of the officers will be held criminally responsible for Gray's death.

The Justice Department decision was first reported by The Baltimore Sun. The agency, along with the Baltimore Police Department, Mayor Catherine Pugh, State's Attorney Marilyn Mosby and the U.S. Attorney's Office declined to comment on the decision.

Gray's death triggered the firing of then-police commissioner Anthony Batts and prompted the Justice Department to open an investigation into allegations of discriminatory policing practices and unlawful arrests.

Last year, the Justice Department released a report detailing widespread patterns of abuse and misconduct within the Baltimore Police Department, and in January entered into a court-enforceable agreement to reform the troubled agency.

On Tuesday, attorneys representing the officers expressed relief that their clients will not be held criminally responsible for Gray's death.

"These cases were never criminal and should never have been charged as such," said Rice's attorney, Michael Belsky.

Joe Murtha, who represents Porter, said he was relieved the department "determined that there wasn't a basis to move forward with the civil rights action," adding: "It's a good decision."