D.C. drivers are accustomed to seeing a wide assortment of license plates, from the District's own "Taxation Without Representation" plates to those representing countries around the world.

Drivers with diplomatic plates — which can be identified by country code — have racked up hefty fines.

Diplomatic officials owe D.C. $745,280 in unpaid traffic and parking tickets from January 2002 to November 2019, according to D.C. Department of Motor Vehicles records obtained through a Freedom of Information Act request.

The figure includes all unpaid tickets issued to cars with diplomatic plates since 2002.

Drivers with plates from Saudi Arabia have the most unpaid tickets, at a whopping 662 citations. In 2013, the country had just one unpaid ticket, the News4 I-Team reported at the time.

Cameroon received the second-most tickets, with 339 citations. Azerbaijan came in third place, with 270 tickets. None of the three embassies responded to inquiries.

The countries with the most unpaid tickets also owe the highest dollar amounts in unpaid fines.

Further down the list, Romania owes a disproportionately high $18,200 on 145 tickets, the fifth-highest dollar total. France also owes an unusually high $17,110 on 156 unpaid tickets, putting it at No. 6 six on the list of highest dollar amount owed.

In total, 6,815 tickets have been issued to diplomatic plate holders since 2002. In some cases, countries like the tiny island nation of St. Vincent only have a single ticket worth $25, still unpaid. Sixty countries have 10 open tickets or fewer.

Foreign officials are typically protected from their host countries’ law enforcement and court systems because of the legal concept of diplomatic immunity. In practice, this means diplomats are not required to pay parking tickets in D.C. because they are protected, according to an information packet created by the State Department for law enforcement officials.

A 2015 "diplomatic note" on the State Department's website says the U.S. will "withhold foreign assistance funds equal to 110 percent of the amount of unpaid fully adjudicated parking fines and penalties" owed to D.C. and New York. The State Department did not respond to inquiries about the funds.

Representatives from the D.C. DMV said the District has a policy in effect similar to one in New York City, which allows the State Department to refuse to issue a vehicle registration to diplomats who have three outstanding parking tickets over 100 days old. 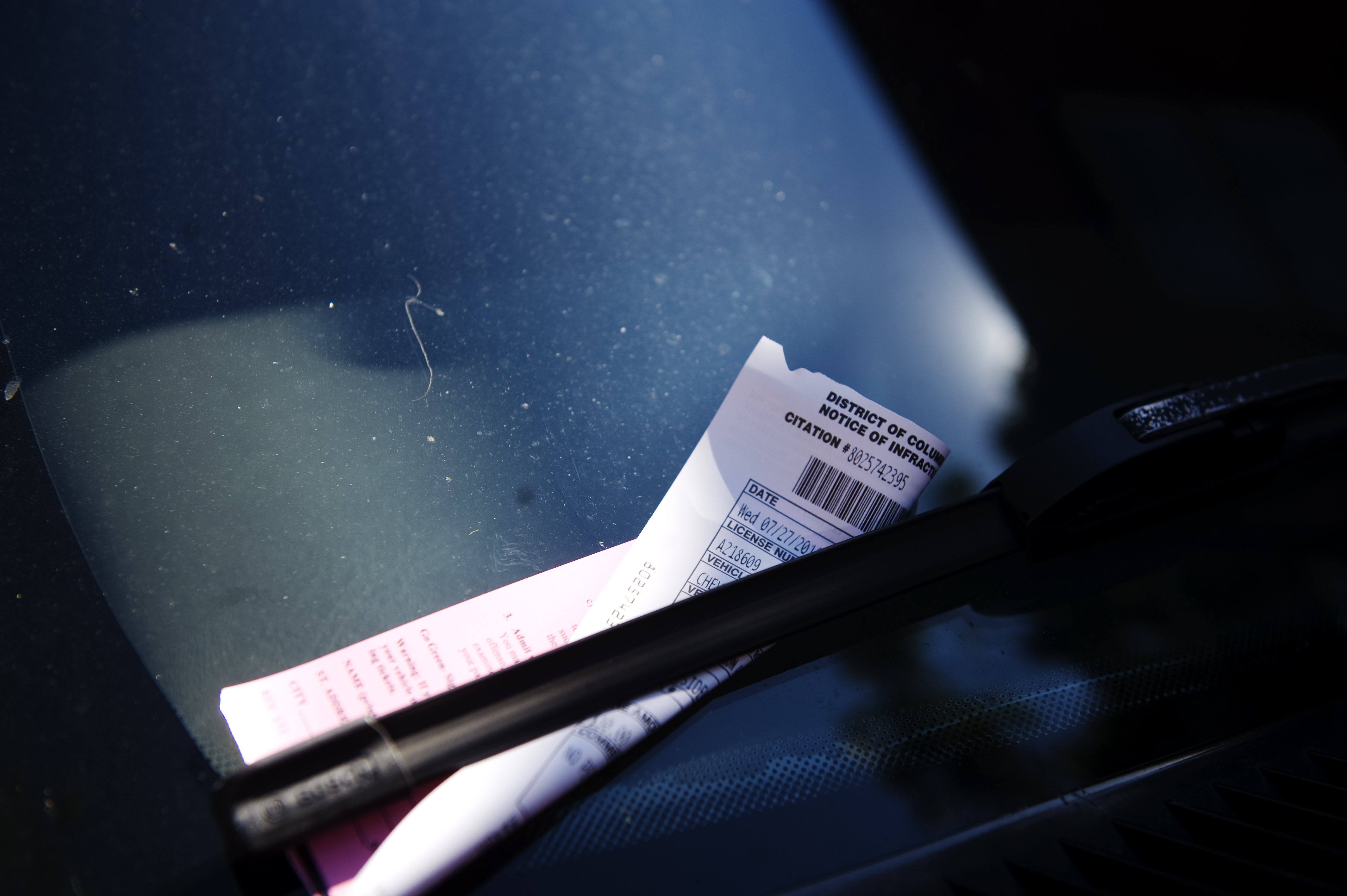 The Most Parking Tickets Are Issued on These DC Blocks

The State Department’s website says the department "will withhold the registration renewal for any vehicle with unpaid or unadjudicated DC parking tickets that are more than one year old."

Diplomatic officials' use of immunity after deadly crashes has previously created international conflicts.

In 1997, the country of Georgia waived immunity for one of its diplomats after he crashed into a line of five cars near Dupont Circle. A 16-year-old girl from Kensington, Maryland was killed in the crash, and the diplomat was charged with involuntary manslaughter.

More recently, the wife of a U.S. diplomat crashed into and killed a 19-year-old motorcyclist in England. Anne Sacoolas was able to return to the United States after the Trump administration decided not to waive her diplomatic immunity, creating a rift between the president and U.K. Prime Minister Boris Johnson.

While D.C. has reciprocity with other states to compel drivers to pay fines, parking tickets and tickets issued by cameras are generally non-enforceable because the driver's identification details are not included.

D.C. Mayor Muriel Bowser said in December that she would have to look into how the District is addressing the issue of unpaid tickets.

"I would want to evaluate what we’re doing to collect money that’s owed to the District of Columbia and I’ll work with our team in operations of infrastructure to get me some recommendations," she said.