There's no word on whether any of the shootings are related.

Crews first responded to the area of 46th Place and Central Avenue NE around 10:15 p.m. Wednesday for a shooting, where they found two men with gunshot wounds. One was unconscious and unresponsive and another was breathing.

Police were also called to the 100 block of 48th Place NE where they found two more men suffering from gunshot wounds. Officials say they were both conscious and breathing.

Just over an hour later, officers were called to the intersection of Malcolm X Avenue and Martin Luther King Jr. Avenue in Southeast D.C. for yet another shooting. Police say a woman was transported to an area hospital, where she's expected to be okay. 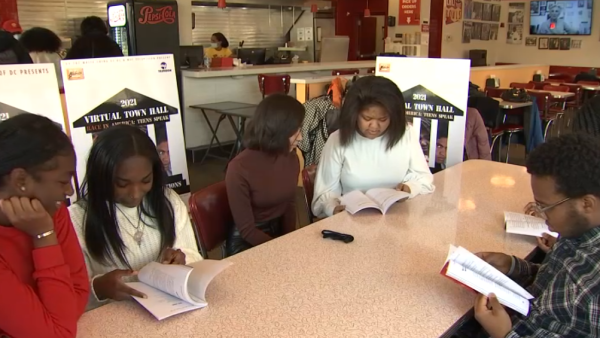 A man was found shot in 330 block of Croffut Place SE around 1:22 a.m., just over 5 miles away from the scene on Malcolm X Avenue.  Police say he is also expected to survive.

The seventh shooting victim was found near the intersection of 7th Street and N Street in Northwest D.C around 1:30 a.m. The man was transported to an area hospital with injuries that are not life-threatening.

There's no word on whether any of the shootings are related.

Police have not released a motive or suspect information in any of the cases. Stay with NBCWashington.com and News4 as this story develops.