D.C. Mayor Muriel Bowser has directed police and the D.C. National Guard to enforce restricted access to the Tidal Basin as the city tries to limit the spread of the novel coronavirus.

Despite the pandemic, large crowds flocked to the site over the weekend to see the cherry blossoms in peak bloom.

Bowser's office said Sunday night that in addition to street closures, pedestrian and bicycle traffic would be restricted in the area of the National Mall until further notice.

People will not be able to enter the Jefferson Memorial or the National Mall in the area bounded by 14th Street to 23rd Street and Constitution Avenue to Independence Avenue SW.

The following street closures will continue from 7 a.m. to 8 p.m. until further notice:

The National Guard helped set up a coronavirus screening site outside FedEx Field Friday. News4's Jackie Bensen explains how it could operate.

Chair of the Committee on the Judiciary and Public Safety Charles Allen and two other D.C. Commissioners Patrick Kennedy and James Harnett issued a letter on Sunday to Superintendent Jeffrey Reinbold and Acting Director David Vela of the National Park Service urging them to close the Tidal Basin and closely monitor people on the National Mall to prevent the spread of COVID-19.

“It was extremely concerning to see hundreds to thousands of people walking almost shoulder-to-shoulder while exploring the Cherry Blossoms near the Tidal Basin, on Friday and yesterday,” the three wrote in the letter. 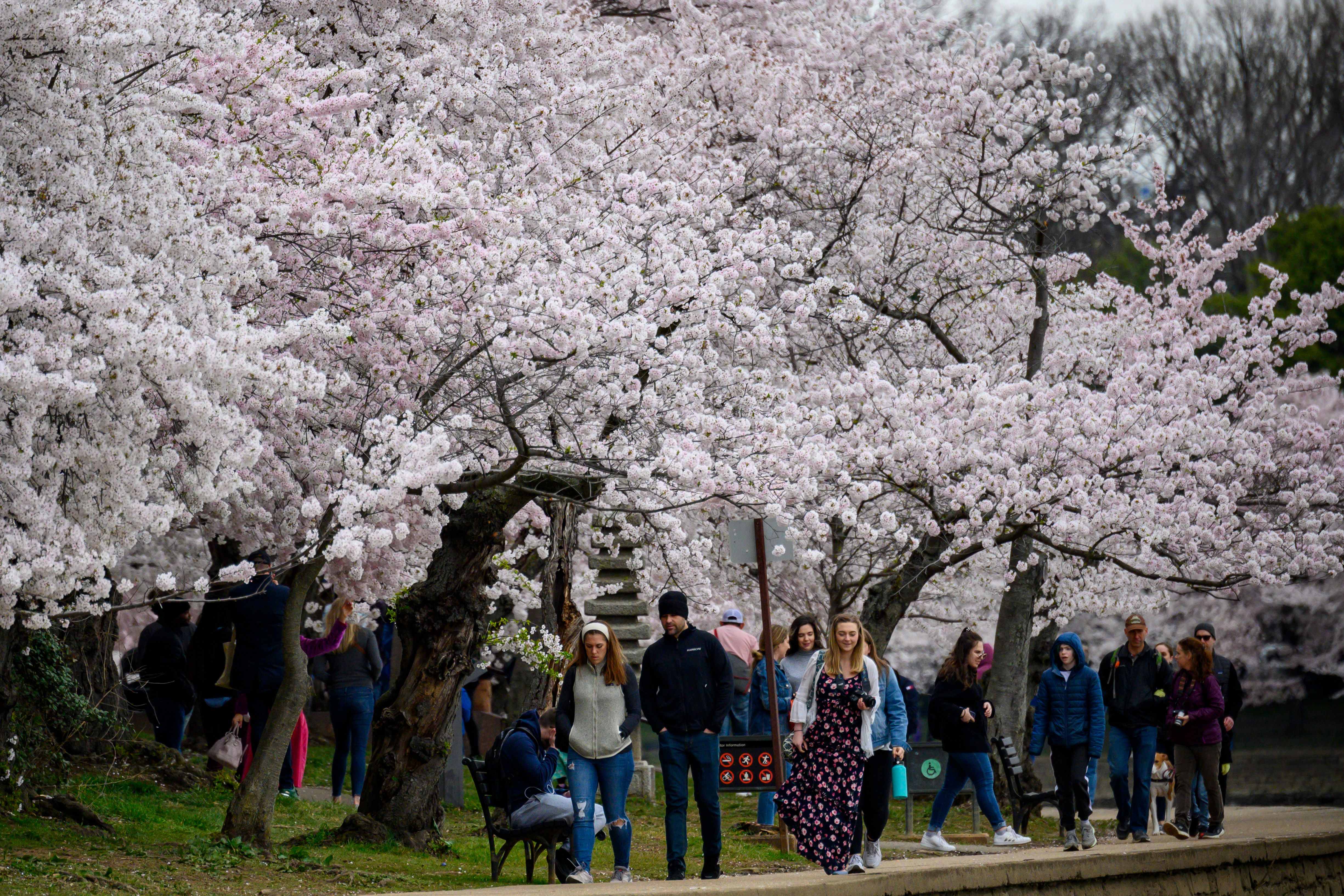 The chairmen noted the closings of the Smithsonian and Arlington Cemetery metro stations from last week to limit the flow of people at touristic attractions. They said not many people followed those measures and still proceeded to gather in large crowds.

“It is for that reason, that we implore you to temporarily close public access to the Tidal Basin area for the duration of the Cherry Blossom season and proactively monitor crowding issues along the rest of the National Mall during this pandemic,” the letter stated.