‘He Did Not Have the Last Word': Capital Gazette Shooter Sentenced to Life

A man who killed five people at a newspaper in Maryland was sentenced on Tuesday to more than five life sentences without the possibility of parole.

Ramos had pleaded guilty but not criminally responsible to all 23 counts against him in 2019, using Maryland’s version of an insanity defense. The case was delayed several times before and during the coronavirus pandemic.

Before announcing the sentence, the judge noted that Ramos showed no remorse for the crimes and even told a state psychiatrist he would kill more if he were ever released. 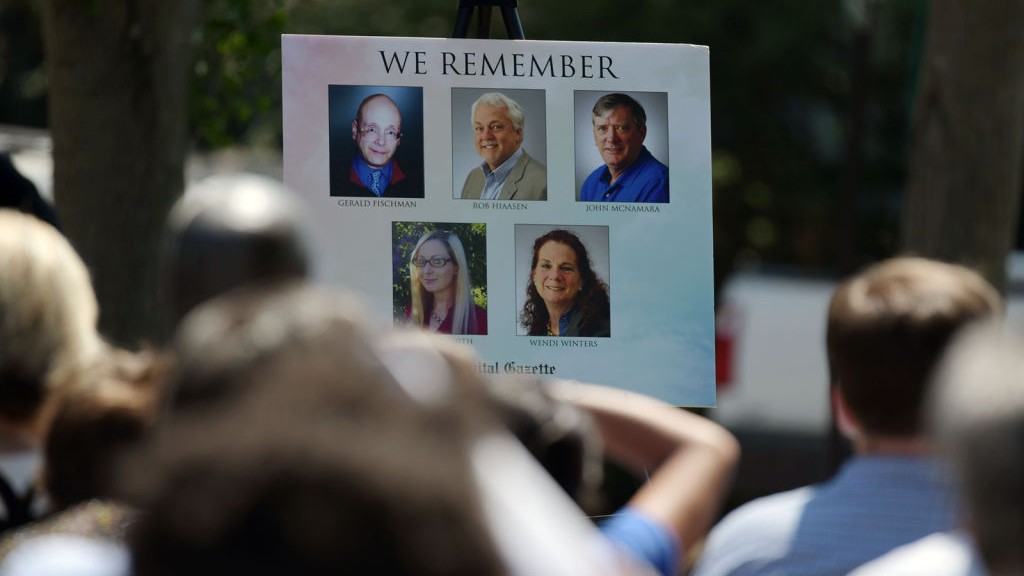 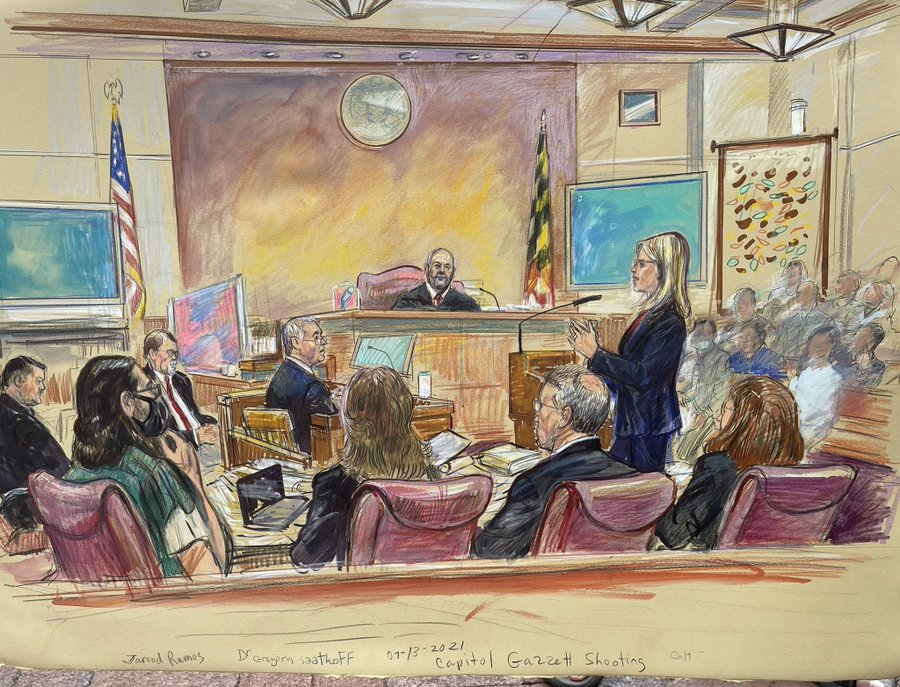 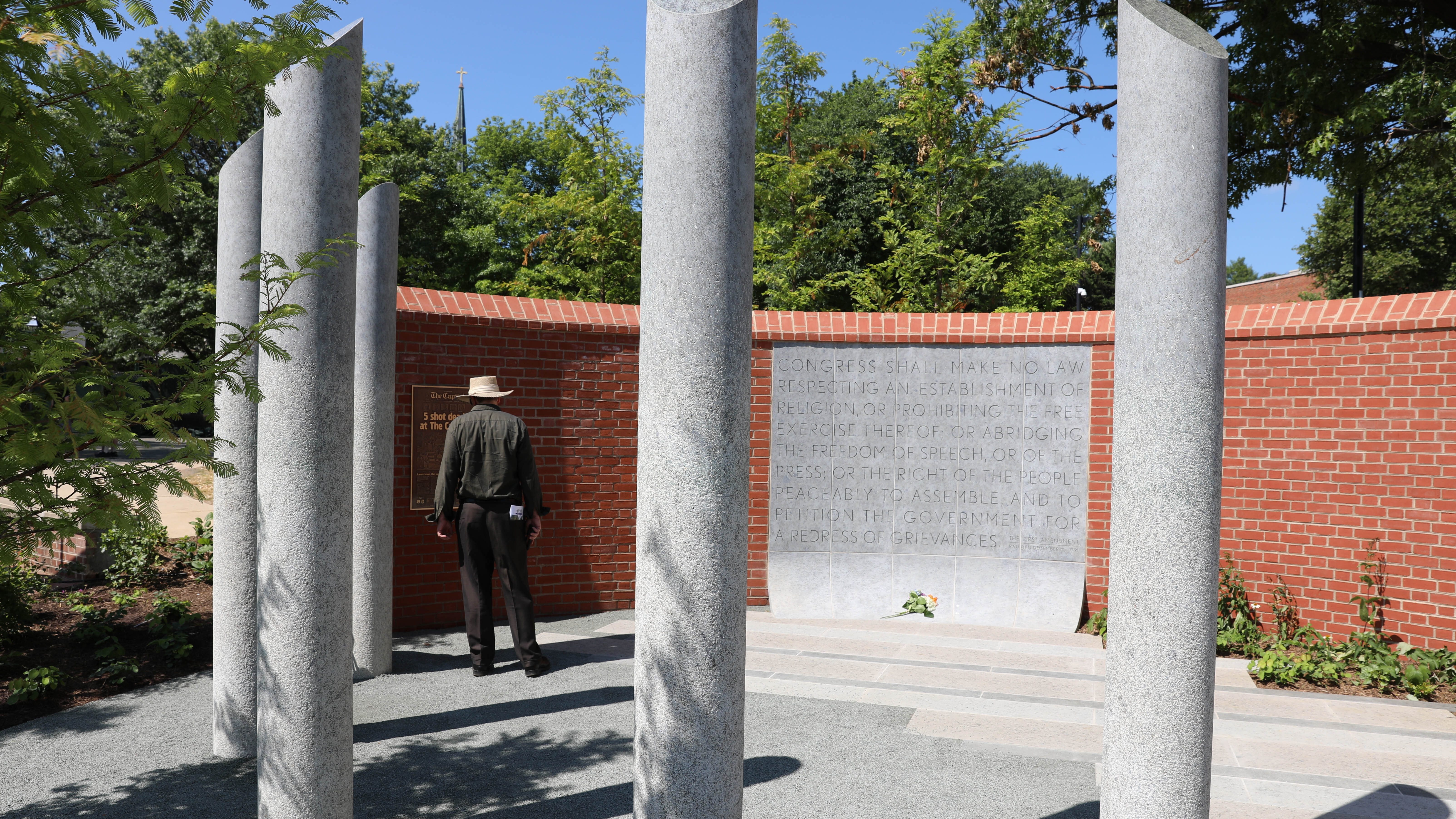 “The impact of this case is just simply immense,” Wachs said. “To say that the defendant exhibited a callous and complete disregard for the sanctity of human life is simply a huge understatement.”

Ramos, who sat in court wearing a black mask, declined to make a statement in court when asked by his attorney, Katy O’Donnell.

Also prior to the sentencing, survivors of the shooting and relatives of the five victims who died in the attack described the pain and loss they have experienced.

Montana Winters Geimer, daughter of shooting victim Wendi Winters, testified how her mother “woke up one morning, went to work and never came back.”

A jury found Jarrod Ramos criminally responsible for killing five people in an attack on the Capital Gazette newsroom. News4's Darcy Spencer reports on the reaction to the verdict.

“The day she died was the worst day of my life," Geimer told Wachs. "The hours spent not knowing if she was alive or dead have lived in my nightmares ever since.”

Reporter Selene San Felice survived the shooting. She said Tuesday that the life sentence brought her some solace.

“It’s an immense amount of closure to be able to see them take him away forever,” she said.

Photographer Paul Gillespie, another survivor, said the sentence can only do so much.

“I don’t think there’s ever going to be any closure. I mean, I lost five of my family members and I was almost killed myself. It’s something that haunts me every day,” he said.

“He thought he had the last word. As he left the courtroom, he tried to stare me down. But that didn’t work either because I looked right back at him. He did not have the last word,” she said.

Courtroom sketches show Ramos, the Maryland state’s attorney and victims’ family members. In one image, a woman puts her head in her hands.

The assault was one of the worst attacks on journalists in U.S. history.

After a 12-day trial in July, a jury took less than two hours to reject arguments from Ramos' attorneys that he could not understand the criminality of his actions.

During opening statements defenders said Ramos should not be held criminally responsible because of mental illness. News4's Paul Wagner reports.

Prosecutors contend Ramos, 41, acted out of revenge against the newspaper after it published a story about his guilty plea to a misdemeanor charge of harassing a former high school classmate in 2011. Prosecutors said his long, meticulous planning for the attack — which included preparations for his arrest and long incarceration — proved he understood the criminality of his actions.