‘It Felt Like 10 People Sitting on My Chest’: DC Patient Describes Hospital Experience

Tests haven't come back to confirm whether a man hospitalized in D.C. this week has COVID-19, the disease caused by the novel coronavirus, but his story is shedding light on local patients' experiences during a global pandemic.

Frank described a lonely scene in his hospital room, where staff entered infrequently as he struggled with distressing symptoms (Frank is a pseudonym. News4 will not release the patient's name or where he's being treated to protect his privacy). 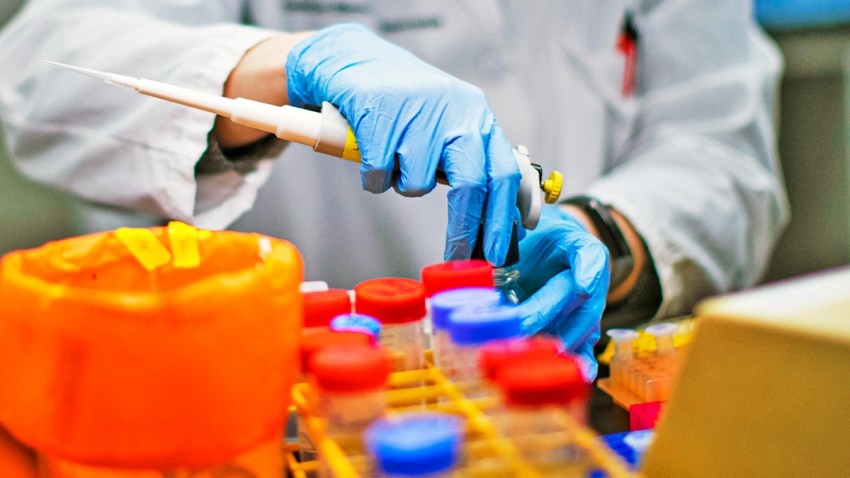 Last Wednesday, Frank visited a D.C. hospital to get tested for the coronavirus. On Saturday, he returned to the same hospital when his symptoms got worse.

"It felt like ten people were sitting on my chest and I couldn't breathe. I couldn't catch my breath," he told News4.

It's not confirmed whether or not Frank has coronavirus. Most people who do get coronavirus have mild symptoms including cough and fever. Some people, especially those in risk groups, may get more serious symptoms and require hospitalization.

The hospital stay gave him a front-row seat to the difficulties facing hospitals as they deal with an influx of patients and medical staff as they try to conserve supplies.

Frank said he had limited interaction with doctors and nurses, which appears in line with the Centers for Disease Control guidelines to limit the possible exposure of medical staff.

He said he didn't often get his vitals checked or trash can emptied. Staff said they didn't have the necessary equipment to enter the room, according to Frank.

Since the outbreak began, hospitals have reported a shortage of personal protective equipment, including masks.

"You would think that [this hospital] would have the medical equipment to deal with this type of outbreak. But they don't," he said.

Frank was released on Monday, but he says he still doesn't know his diagnosis.

"I'm being released with a temperature of 101, not knowing if I have COVID-19 with pneumonia and being told that they will call me and let me know and just hope for the best," Frank said.

The hospital told him to expect results by the end of the week. In the meantime, he can't help but feel guilty that he may have exposed other people including his partner.

Until then, he's waiting at home, hoping to limit the spread of his sickness.

"I don't want to be the cause of someone else being in the situation I'm in," he said.