Based on weeks of reporting on the talks, here’s a look at the key obstacles to an agreement

Hopes that talks on a huge COVID-19 relief deal would generate an agreement soon are fizzling, with both the Trump administration negotiating team and top congressional Democrats adopting hard lines and testy attitudes.

Now that President Donald Trump has issued a series of executive edicts and the national political conventions are set to begin, consuming the attention of both Trump and top Democrats, the talks seem to be on an indefinite pause. The urgency has evaporated now that rank-and-file lawmakers have been set free for the August recess, and while both sides still want an agreement — and pressure is likely to remain high — it’s looking more like a September legislating effort than an August one.

The impasse leaves millions of jobless people without a $600-per-week pandemic bonus jobless benefit that has helped families stay afloat, leaves state and local governments seeking fiscal relief high and dry, and holds back a more than $100 billion school aid package. Money for other priorities, including the election, may come too late, if at all.

Still, it’s not like Washington politicians to leave so much money on the table. No one is giving up on an accord, though near-term prospects aren’t promising. Based on weeks of reporting on the talks, here’s a look at the key obstacles to an agreement:

House Speaker Nancy Pelosi, who’s displaying her stern streak in her dealings with top Republicans, and top Senate Democrat Chuck Schumer of New York, have adopted hardball negotiating tactics as they survey a tactical landscape that favors them. They have given some ground on the overall price tag, but say it’s up to Republicans to acknowledge the scope of the crisis.

Trump is eager for an agreement, much of the country expects one, and it’s not too difficult to sketch one out on paper. But Pelosi may have to cede ground to Trump and White House chief of staff Mark Meadows, who have largely abandoned the talks when confronted with Pelosi’s demands. And Trump’s team ultimately may have to make more concessions than they think since Republicans are split.

House Speaker Nancy Pelosi, D-Calif., says the coronavirus relief bill will be brought to the House floor on Friday. She also discusses the need to focus on science and social distancing as we deal with the coronavirus pandemic.

Meadows made his name in Washington — and he’s unpopular in many quarters in both parties — as a tea party bomb-thrower who forced out former House Speaker John Boehner, R-Ohio, in 2015. Meadows has never been a consensus builder and he seems focused on tending to Trump’s conservative flank and trying to make sure that whatever deal is reached doesn’t divide Republicans too badly. As such, he’s been taking a hard line with Pelosi, and they have been unable to forge a productive relationship and have taken their backbiting public.

Meadows has been understaffed during the talks, which can slow down the complicated horse-trading such a sweeping bill requires. He also appeared to be the principal force behind Trump’s threats — and ultimate moves — to issue executive edicts on the payroll tax and unemployment insurance, steps that coincided with the rapid deterioration of the talks. The orders gave Trump a short-term tactical victory, but will do little for the states, schools and families still clamoring for help.

Any upcoming bill is sure to be opposed by many GOP conservatives, who are already agitating for the party to try to reclaim its long-abandoned focus on deficits and debt.

Many Republicans oppose the generous jobless benefits, viewing them as a disincentive to work, and are against other social welfare elements of the legislation. They’re in no mood to accept a Pelosi-blessed agreement. But the pragmatic wing of the party wants to restore bonus jobless benefits that have been cut off, and many GOP incumbents up for reelection are agitating for deal.

Probably the biggest issue impeding the talks is renewal of the pandemic bonus unemployment benefit, which was set at $600 until it expired at the end of July. The $600 benefit meant that most workers were receiving more on unemployment than through their former jobs, and many GOP senators are adamant that it not be fully renewed. But the benefit is popular with voters and Pelosi is solidly behind the full $600, which economists say has helped keep millions out of poverty. Still, the Democrats are probably going to have to compromise, though it will likely be among the final items resolved if a deal is to be reached.

Republican Congressional leaders and the White House have reached a tentative deal Wednesday on a $1 trillion coronavirus relief package, separate from the Democrat's $3 trillion bill. The deal reportedly includes another round of direct payments to Americans, plus $16 billion in new money for coronavirus testing, something President Trump opposed.

Governors in both parties and a slew of local officials are the driving force behind a massive Pelosi-driven aid plan for state and local governments, which have been starved of tax revenues as the economy slumps. They are pleading for help and have panned Trump’s recent executive moves as confusing and inadequate.

But the distance between negotiators on state and local aid is vast. The two sides are hundreds of billions of dollars apart, and Trump has taken to railing against the idea, falsely portraying it as assistance only for the high-profile Democratic governors and big city mayors he often vilifies.

It’s clear that Pelosi recognizes she’ll have to go far lower than the $900-plus billion aid package that she built into the Democrats’ bill. It’s equally clear that Republicans know some level of funding will have to be included. So long as the issue is unresolved, an agreement will be out of reach. 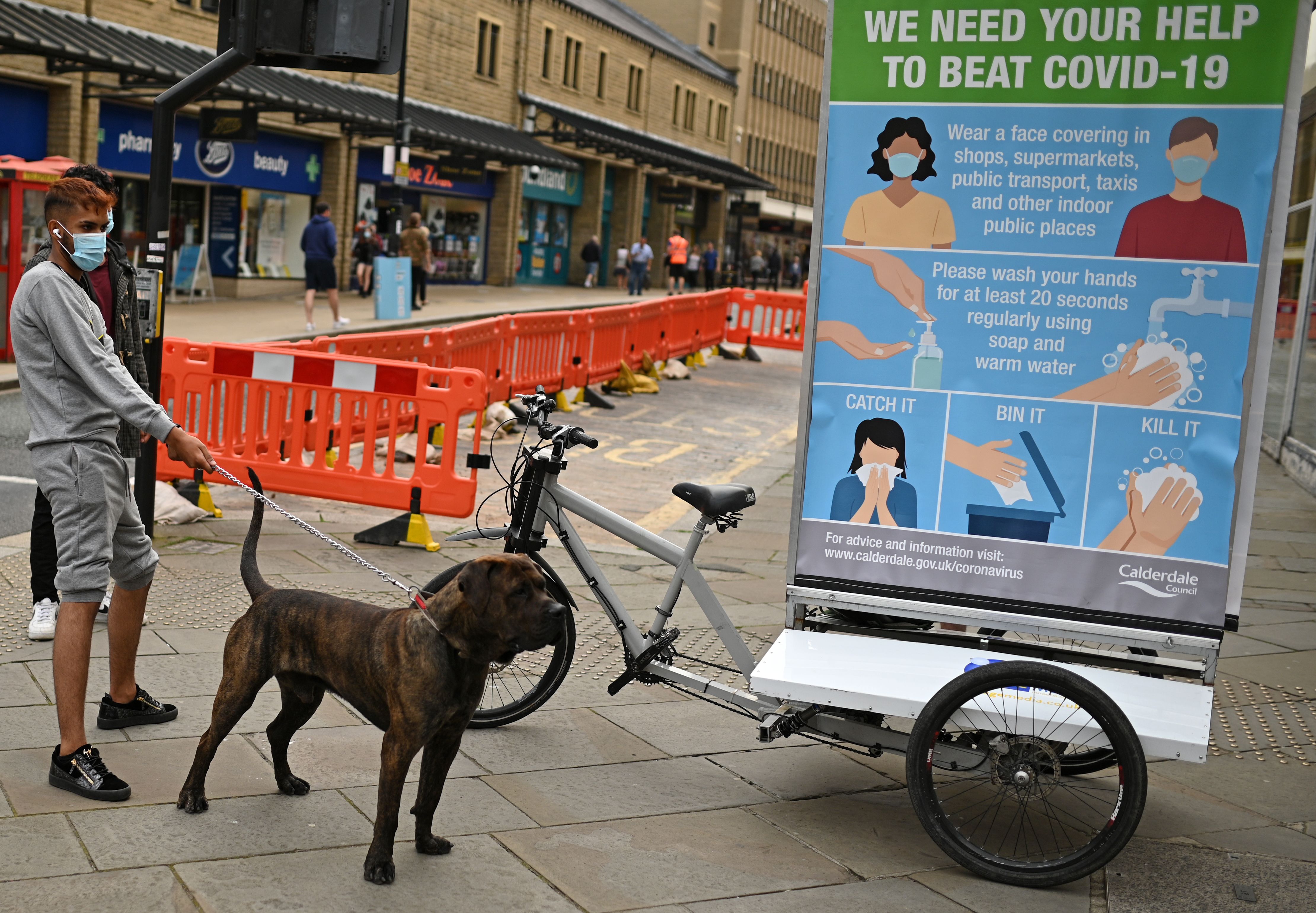 The Most and Least Effective Face Masks to Use During Pandemic: Study