Global Coronavirus Updates: Many Wary of Virus Reopenings as Partisan Divide Grows in US

Although some hot spots like Italy, Spain and New York have seen a drop in daily death tolls and new hospitalizations, other areas are facing a resurgence of the coronavirus

One of the grimmest symbols of the coronavirus outbreak — a morgue set up in a Madrid skating rink — closed on Wednesday as stores and other businesses reopened in places across Europe, while the U.S. was beset with increasingly partisan disagreements over how and when to restart its economy.

As some governors in the U.S. — largely Republican ones — moved to reopen an ever-wider variety of businesses, others took a more cautious approach and came under mounting pressure from protesters complaining that their livelihoods are being destroyed and their freedom of movement is being infringed on.

With the crisis easing but far from over in Europe, small shops in Berlin reopened, and restrictions were also relaxed in Denmark and Austria. In France, long lines formed outside the few McDonald’s drive-thrus that started serving customers again.

Still, many employees and customers were uneasy, suggesting that a return to normal is a long way off.

“Of course I’m happy that I can open again and we can keep our heads above water,” said Galina Hooge, who opened her small Berlin toy store for the first time in over a month. But she worried that some Germans still aren’t taking the outbreak seriously.

“Relaxing the rules doesn’t mean that everything is over. It’s not over by a long stretch,” she said.

German government spokesman Steffen Seibert said “very careful steps” must be taken to keep the virus from making a resurgence. “What we want to avoid is falling back into the exponential spread of the virus that we had in the first phase of the pandemic,” he said. 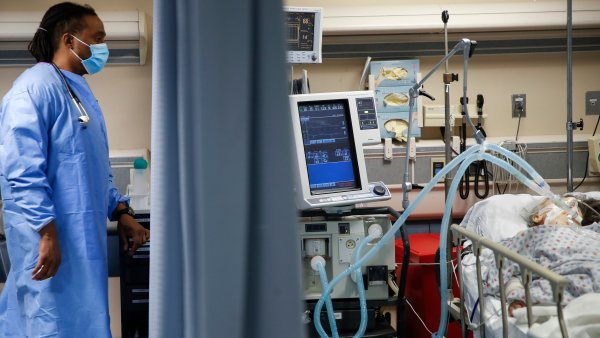 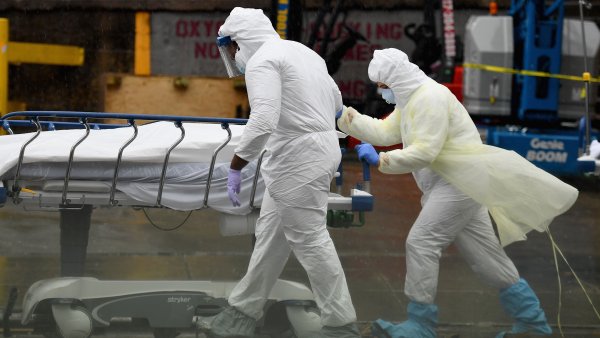 Across the Atlantic in Savannah, Georgia, where Gov. Brian Kemp announced that gyms and salons can reopen this week, gym owner Mark Lebos said it would be professional negligence to do so right now.

“We are not going to be a vector of death and suffering,” he said.

Coronavirus stay-at-home orders and social distancing are having an unintended side effect: clear skies and cleaner air. Even in the world's most polluted capital city, New Delhi, monuments were visible against blue skies for the first time in generations.

The outbreak has infected over 2.5 million people and killed about 180,000 around the world, including more than 45,000 in the U.S., according to a tally compiled by Johns Hopkins University from official government figures, though the true numbers are believed to be far higher.

Although some hot spots like Italy, Spain and New York have seen a drop in daily death tolls and new hospitalizations, other areas are facing a resurgence of the coronavirus.

Singapore, once a model of virus tracking and prevention, saw an explosion of new cases and announced it would extend its lockdown into June.

In California, health officials said two people with coronavirus died in the state weeks before the first reported U.S. death from the disease on Feb. 29 in Washington state. The finding shows that COVID-19 had been circulating in the U.S. earlier than was previously thought.

The economic fallout from the crisis mounted as oil prices suffered an epic collapse and U.S. stocks registered their worst loss in weeks Tuesday on Wall Street. The U.S. Senate approved nearly $500 billion in coronavirus aid for businesses, hospitals and testing. The bill goes next to the House.

In North Carolina, where Democratic Gov. Roy Cooper is keeping in place his stay-home order for at least another week, hundreds marched around the executive mansion on Tuesday. At the Missouri Capitol, several hundred with the same demands waved the American flag and chanted “USA! USA!” 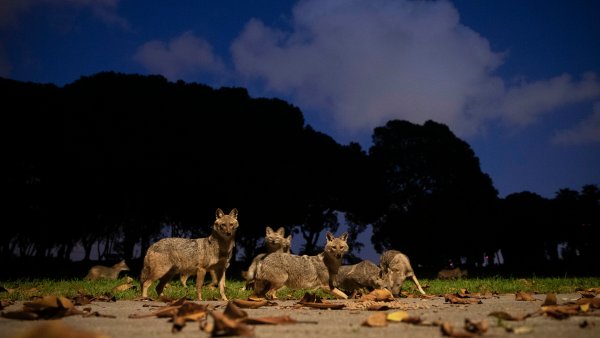 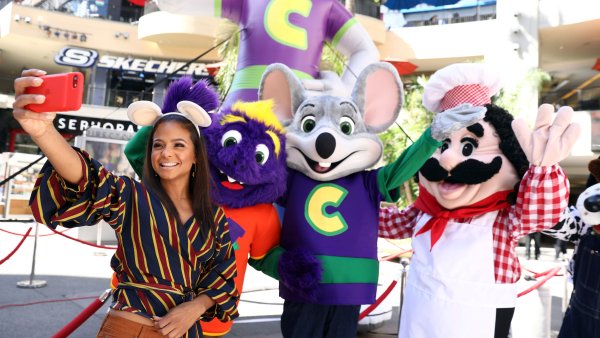 And in Wisconsin, GOP legislative leaders asked the state Supreme Court to block an extension of the Democratic governor’s stay-home order.

Spain, one of the world's worst-hit countries, planned to allow children out of their homes next week for the first time in nearly six weeks.

“I am aware of the tremendous effort that the confinement has demanded of our smallest ones and their families,” Prime Minister Pedro Sánchez said.

The country’s death toll reached nearly 22,000, behind only the United States and Italy, after 435 more deaths were reported Wednesday. But the numbers reflected a plateauing of the outbreak.

The world-famous beer festival in Munich, Germany, was canceled by the Bavarian governor and mayor of Munich citing the risk of the spread of coronavirus.

In another hopeful sign, a large makeshift morgue at an ice rink closed, with all the bodies having been removed by Wednesday. The temporary morgue in Madrid’s Palacio de Hielo held a total of 1,145 bodies of coronavirus victims during its four weeks in operation.

“We were not able to save their lives, but let it be known that our armed forces have not left them alone for one minute,” Spain’s Defense Minister Margarita Robles said.

India partially eased one of the world's strictest lockdowns this week, but health officials fear a surge in cases. Starting in May, the country is planning to use wristbands fitted with an app to track people's movements and body temperature.

The technology is aimed at easing the vast manpower needed to track the virus among the country's 1.3 billion people.