Washington has experienced a rush of new COVID-19 cases as restrictions have lifted and more events and gatherings are happening across D.C.

A growing list of top U.S. officials in Washington, D.C., have announced positive coronavirus tests this week, adding a fresh wrinkle to the efforts by political leaders to bring the country back to "normal" from a pandemic now in its third year.

House Speaker Nancy Pelosi — second in the line of presidential succession behind Vice President Kamala Harris — was the latest to test positive for COVID-19 Thursday, a day after appearing unmasked at a White House event with President Joe Biden. She is asymptomatic and tested negative earlier in the week, according to her spokesperson.

“The Speaker is fully vaccinated and boosted, and is thankful for the robust protection the vaccine has provided,” spokesman Drew Hammill said. Pelosi, he said, will “quarantine consistent with CDC guidance, and encourages everyone to get vaccinated, boosted and test regularly.”

On Wednesday, Attorney General Merrick Garland and Commerce Secretary Gina Raimondo each announced positive tests. The officials were among more than a dozen attendees of the Saturday night Gridiron Club dinner to test positive for the virus. Pelosi did not attend the dinner, her spokesman said.

Washington D.C. Mayor Muriel Bowser also announced Thursday that she tested positive for COVID-19 and would “work at home while following isolation protocols.”

Pelosi’s announcement of her positive test came ahead of her weekly press appearance on Capitol Hill, which was abruptly called off. The House is set to start a two-week spring recess.

The White House said Biden and Pelosi had only “brief interactions over the course of the last two days” and that the president was not considered a close contact of the speaker by CDC guidance — sustained unmasked contact within 6 feet for more than 15 minutes over a 24-hour period.

“Last night as a part of his regular testing cadence, the President tested negative,” the White House said in a statement. “He will continue to be tested regularly. The President wishes Speaker Pelosi a speedy recovery.”

Pelosi also postponed a planned congressional delegation trip to Asia she was scheduled to lead.

The CDC says people vaccinated and boosted against COVID-19 are much less likely to suffer adverse outcomes, including serious illness and death, from the virus compared to those who are unvaccinated.

White House press secretary Jen Psaki has faced a flurry of questions in recent days about the COVID-19 protocols surrounding Biden, as more members of the administration and others in Washington have tested positive for the coronavirus.

Psaki said Biden planned to continue with his public schedule despite the uptick in cases, including hosting large events, such as one on Friday celebrating Jackson’s confirmation to the Supreme Court. 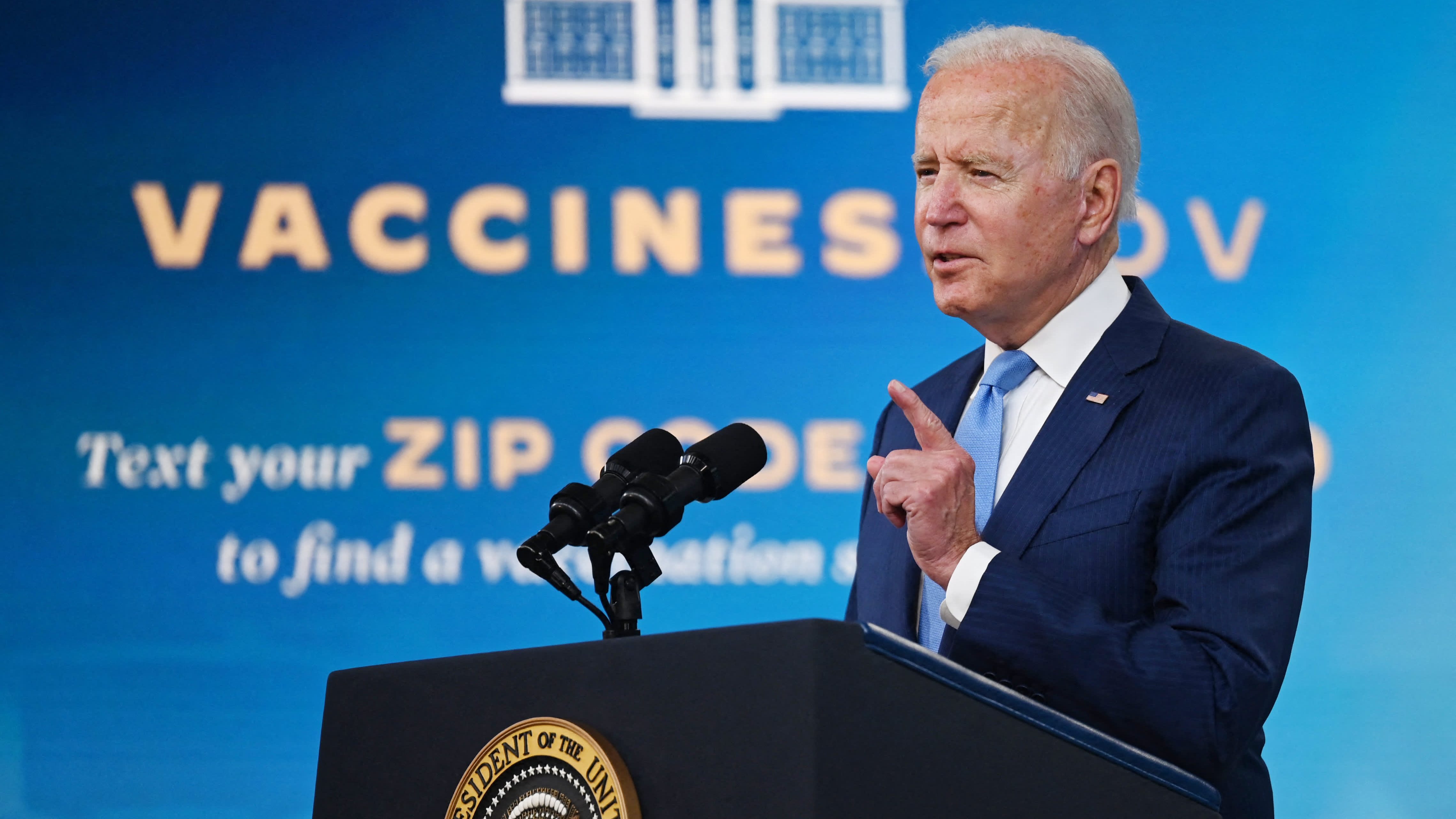 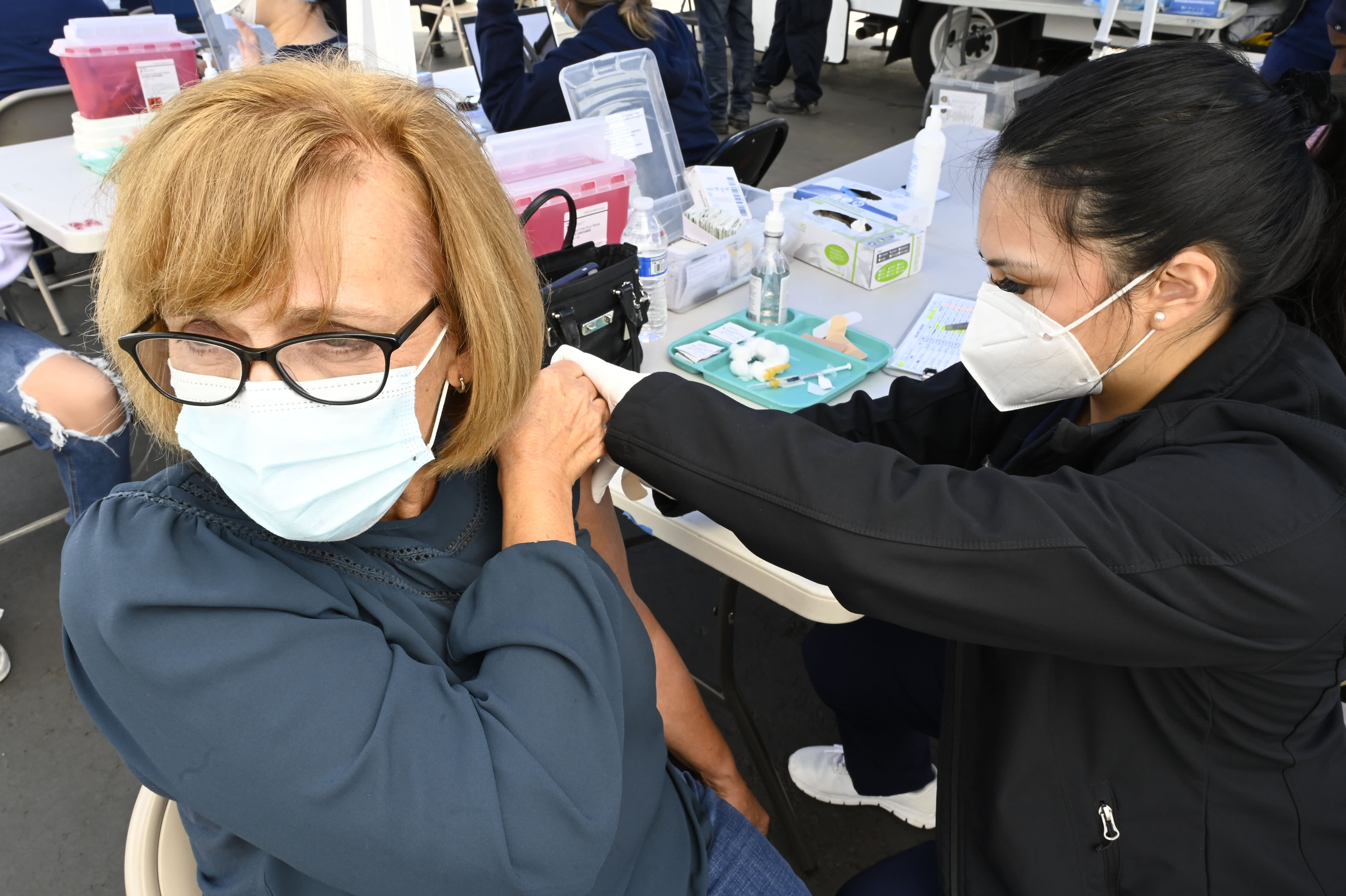 “The most important message we’re sending to the public is that we have steps in place that we can take to continue to address it, and even as we’re continuing to fight COVID we can, for the most part, return to our normal routines,” she said Thursday.

Asked whether there was a concern that the Friday event could be a “super-spreader” for the virus, like President Donald Trump’s Rose Garden ceremony announcing the nomination of now-Justice Amy Coney Barrett, Psaki emphasized that the risks from the virus are now much lower now because of vaccinations and treatments.

“At that point in time, vaccines were unavailable, people were not vaccinated, it certainly puts us in a different space,” Psaki said.

Biden has not been identified as a close contact by the White House Medical unit, despite being photographed hugging and kissing Pelosi, because they did not spend more than 15 minutes in close proximity over a 24 period — the CDC’s standard.

Psaki said if he was ever identified as a close contact Biden would follow the CDC’s guidance, including wearing a mask when around other people. “If he is in close contact, that is exactly what he will do,” she told reporters.

Psaki also defended Vice President Kamala Harris’ decision not to wear a mask in the Senate chamber while presiding over the Jackson vote, despite being identified as a close-contact of a staff member who tested positive for COVID-19.

CDC guidance recommends close-contacts who are fully vaccinated wear a tight-fitting mask when around other people.

“I know that she was alone kind of on the dais for most of that, but of course she’s been wearing a mask otherwise,” said Psaki.