Leon County Circuit Judge John Cooper ruled the state has to give school districts due process and allow them to show their mandatory mask mandates are reasonable.

Local school districts can impose mandatory mask mandates on students and staff, a Florida judge ruled Friday, dealing a blow to Gov. Ron DeSantis’ efforts to let parents decide whether their children wear masks or not.

Leon County Circuit Judge John Cooper ruled the state has to give school districts due process and allow them to show their mandatory mask mandates are reasonable.

The executive order and rule “does not meet constitutional muster” and are being used in an “arbitrary and capricious” manner, Cooper said.

He said, “the evidence demonstrates that face mask policies that follow CDC guidance are at this point in time reasonable and consistent with the best scientific and medical opinion and guidance in the country.” 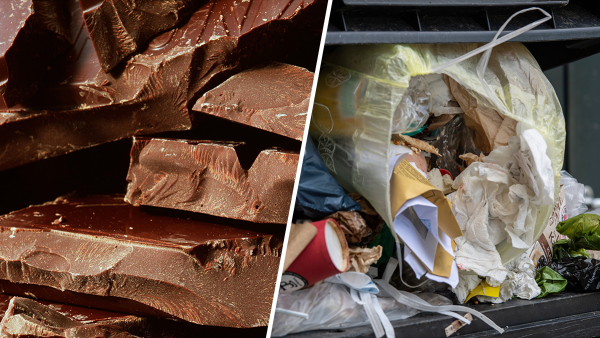 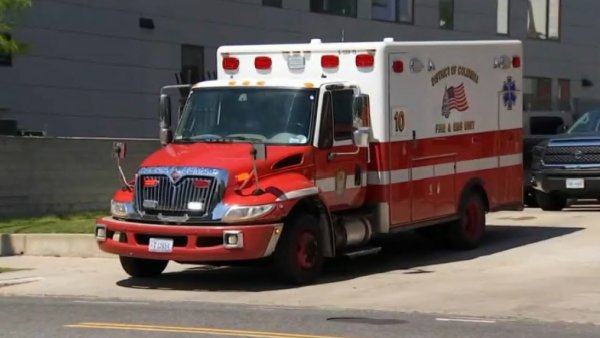 Parents are growing frustrated over masks in schools and find that the only way to go about it is to go to court. NBC 6 investigator Willard Shepard reports.

He granted an injunction against the education commissioner, Department of Education and the state Board of Education, prohibiting them from violating the Parents’ Bill of Rights (PBOR) by taking any action to effect a blanket ban on face masks mandates.

He also enjoined them from enforcing the executive order and the policies it generated which violate the PBOR by not giving districts an opportunity to show its actions are reasonable.

“This doesn’t mean whether I think the policy is right or make some value judgment one way or the other,” the judge said.

He has not yet put his order in writing, but read from his notes for two hours and said he plans to sign an order on Monday — one he said he expects will be appealed.

The ruling will not be effective until the written order is signed, the judge said.

He noted the Delta variant “presents a higher risk of infection to children than the previous” variants and that the Centers for Disease Control and Prevention and the American Academy of Pediatrics both recommend universal masking in K-12 schools.

They claimed the state — by banning mask mandates in schools — “endangered all Floridians” and usurped power from local school boards’ responsibility to “ensure a safe education environment for the students they oversee,” the plaintiffs’ attorneys argued in court records.

Attorneys for the defendants, though countered the governor and legislature determined parents have “the right to manage the health care of their children,” including “the freedom to choose whether they must be masked in public schools,” they wrote in a motion to dismiss.

But if the actions are without authority in law, they are null and void, Cooper said.

That left Cooper to interpret the Parents Bill of Rights (PBOR), which took effect July 1 — just eight weeks ago.

The most relevant provision, “infringement on parental rights,” prohibits government from infringing “on the fundamental rights of a parent to direct the upbringing, education, health care and mental health of a minor child.”

But Cooper noted it also says the government can adopt such a policy if “such action is reasonable and necessary to achieve a compelling state interest and that such action is narrowly tailored and is not otherwise served by a less restrictive means.”

”It doesn’t ban mask mandates at all,” he said. “What it does do is say if someone disagrees with a policy that’s been adopted then they can bring an authorized proceeding or review .. to say to the school board show me how this reasonable.”

“It does not authorize the (defendants) to say to the schools, ‘You cannot adopt a blanket face mask policy unless it has a parental opt out.’ ... What it does say is if you do that, it has to be reasonable, support a state purpose, be narrowly drawn and not be accomplished by other means.”

“The defendants do not have the authority under this law ... unless they give the school board the due process rights granted by the legislature”  to showing its action is reasonable and necessary to achieve a compelling state interest, narrowly tailored and not served by less restrictive means.

The statute, he said, does not support a statewide order or any action interfering with the districts providing for the safety of children based on the unique conditions on the ground in school districts.

Since the defendants “violated local district due process rights,” Cooper said (citing actions against the Broward and Alachua districts), “then they are acting without authority” and they are refusing to comply with the provisions set forth by the legislature in the Parental Bill of Rights.

He quoted precedent stating one of the foundations of our laws is that courts can only inquire into the power of the legislature to enact a particular statute.

A public charter school is following the lead of Miami-Dade County Public Schools on the mask issue, and the principle says parent support the move. NBC 6's Ari Odzer reports.

“Every problem cannot be solved in a courtroom. Some are solved in the ballot box,” Cooper said.

But, he added “If executive power is exercised without authority, the executive action is illegal, null and void and unenforceable… My role is rarely to decide what policy should be,” though there are sometimes policy implications in judicial rulings.

He said personal rights had to be balanced against the common good, whether exercising those rights harms other people.

This key issue, Cooper said: “Whether peoples’ rights not to have their children wear a face mask for 30 to 60 days ... outweigh the risk of not wearing a mask places other children in to catching a highly contagious and sometimes deadly disease, even for children.”

Cooper noted the state’s parent witnesses, who said they were concerned about their children wearing masks, could still get a medical exemption from a doctor if it were justified.

He read from an April 14 memo from Corcoran requesting superintendents to not mandate masking but make it voluntary.

“It is clear to this court that the issue of voluntary versus mandated, opt out versus no opt-out masking policies in Florida schools was being considered and studied at least as early as April 2021,” before the Delta variant had “hit the scene hard,” Cooper said.

In late June, DeSantis declared there was no longer a state of emergency from COVID in Florida. “Therefore the governor’s emergency powers … expired at that point,” Cooper said.

On July 27, DeSantis held a roundtable with advisers, some of whom said mask wearing was harmful to children, constituted child abuse and was destroying the country. One said there was “no evidence” masking protects against COVID, but  Cooper said there was plenty of evidence presented during the three-day trial that masking does afford protection.

No one at the governor’s roundtable, Cooper noted, proposed a mandatory mask wearing policy. “No one advocated for any CDC recommended policy. In fact, the governor stated, gave his opinion, that his confidence in some medical leadership had been shattered. He said they appear to be ‘delighted to impose unspeakable burdens on children.’” No evidence has been produced to support DeSantis’ statement, Cooper noted.

He noted one study cited by the CDC finding “universal and correct use of masks can reduce COVID transmission and is a relatively low cost and easily implemented strategy … an important COVID-19 strategy in schools,” Cooper read, noting it was presented by the defense, not the plaintiffs.

DeSantis has relied on one study finding no statistically significant difference in COVID transmission in districts with mask mandates versus those without, but Cooper noted even the authors of that study say it has been misrepresented by some who use it to argue against mask mandates.

“We caution that our analysis focuses only on correlations and it is challenging to make causal statements. In the case of masking in particular, we focus on mandates and not actual behavior,” he quoted from the study, which also cited research that “suggests in-person school can be operated safely … with universal masking.”

“This study doesn’t say masking is not effective. In fact, it recommended universal masking and says it’s premature to say anything otherwise,” Cooper stressed.

“This does not imply masking is ineffective,” according to a portion of the study DeSantis did not cite.

The portion of the executive order citing that study “is incorrect,” Cooper said.

The state argued the rules banning mask mandates had to be in accordance to the Parents Bill of Rights, a law the legislature passed at DeSantis’ behest that gives parents control over their children's health care.

“Parents, not school boards, have the right to choose whether their children wear masks in schools,” the state argued. “The Parents Bill of Rights precludes school boards from implementing categorical mask mandates that do not allow parents to opt their children out of the requirement.”

And Cooper noted the state threatened local districts with financial consequences if they did not follow the rule.

Plaintiffs alleged the executive order is unconstitutional, illegal and unenforceable.

But the state cited the separation of powers doctrine in the Florida Constitution and said the governor and legislature acted within their authorized discretionary authority.

The judicial branch, they argued, had no grounds to interfere with the executive or legislative branches on this matter.

But Cooper said the judiciary could substitute their judgment for the executive’s or legislature’s acts if there has been a violation of the law.

Failing that, the state raised a “political question defense,” meaning the executive has authority to take actions based on political questions. But Cooper found that argument unpersuasive.

In another vein, Cooper said he would not grant relief the plaintiffs sought in their home rule doctrine count, which argued local school districts have power to supervise all schools in their districts. The courts have held there are limits to that, and the legislature has some authority over schools, as well, Cooper noted.

He granted the state’s motion to dismiss one count because plaintiffs did not sue an indispensable party, the Florida Department of Health. They wanted the judge to declare the health department rule unconstitutional, but he said he could not order FDOH to strike a rule when they were not named as a defendant.