Beaches are closing and beer is going untapped as Florida, Texas and other states backpedal on their reopenings, ordering mandatory wearing of masks in public and closing down restaurants and bars

Governments are stepping up testing and reimposing restrictions as newly confirmed coronavirus infections surge in many countries. The U.S. is seeing about 40,000 new confirmed cases per day, and states such as Texas and Florida are backtracking, clamping down on bars, restaurants and beaches.

The United States on Monday reported 38,800 newly confirmed infections, with the total surpassing 2.5 million, or about a quarter of the more than 10 million cases worldwide, according to a tally by Johns Hopkins University.

For a few days now, daily reported cases in the U.S. have broken the record set in April. That partially reflects increased testing.

Experts say the actual numbers, both in the U.S. and globally, are probably far higher, in part because of testing limitations and the large number of people without symptoms.

Beaches are closing and beer is going untapped as Florida, Texas and other states backpedal on their reopenings, ordering mandatory wearing of masks in public and closing down restaurants and bars.

New York City's iconic Broadway shows will be suspended until at least early January, as the Broadway League, the national trade association for the Broadway industry, announced Monday it was again extending a shutdown beyond the previous Sept. 6 date.

In Hawaii, the city of Honolulu announced that campgrounds will reopen for the first time in three months with limited permits to ensure social distancing. In contrast, Washington Gov. Jay Inslee put a hold on plans to move counties to the fourth phase of his reopening plan as cases continue to increase.

Kansas, Idaho, Utah and Oklahoma were also among U.S. states seeing a sharp rise in cases.

Meanwhile, health departments around the U.S. that are using contact tracers to contain coronavirus outbreaks are scrambling to bolster their ranks amid a surge of cases and resistance to cooperation from those infected or exposed.

With too few trained contact tracers to handle soaring caseloads, one hard-hit Arizona county is relying on National Guard members to pitch in. In Louisiana, people who have tested positive typically wait more than two days to respond to health officials — giving the disease crucial time to spread. Many tracers are finding it hard to break through suspicion and apathy to convince people that compliance is crucial. 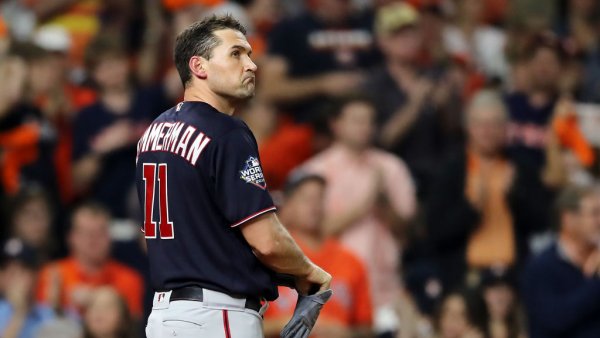 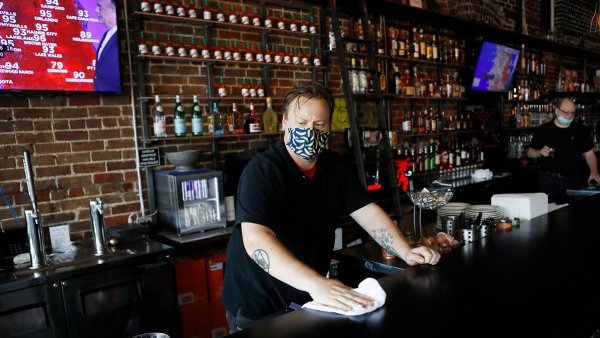 Contact tracing — tracking people who test positive and anyone they've come in contact with — was challenging even when stay-at-home orders were in place. Tracers say it's exponentially more difficult now that many restaurants, bars and gyms are full, and people are gathering with family and friends.

“People are probably letting their guard down a little ... they think there is no longer a threat,” said Grand Traverse County, Michigan, Health Officer Wendy Hirschenberger, who was alerted by health officials in another part of the state that infected tourists had visited vineyards and bars in her area.

One bar outside of Michigan State University in East Lansing is linked to dozens of coronavirus cases in the state, TODAY reported. At least 85 people who visited Harper's Restaurant & Brewpub or have come in contact with people who did have tested positive for the coronavirus, according to the Ingham County Health Department.

Dr. Anthony Fauci, director of NIAID and member of the White House coronavirus task force, addressed the growing number of virus cases across the U.S. Fauci urged Americans to do their part in stopping the spread, saying, “A risk for you is not just isolated to you because if you get infected, you are part, innocently or inadvertently, of propagating the dynamic process of a pandemic.”

Some who test positive don’t cooperate because they don’t feel sick. Others refuse testing even after being exposed. Some never call back contact tracers. And still others simply object to sharing any information.

Another new challenge: More young people are getting infected, and they're less likely to feel sick or believe that they're a danger to others.

The resurgence in the U.S. has drawn concern from abroad.

The European Union is preparing a list of 15 countries whose citizens will be allowed to visit the bloc beginning Wednesday, Spain’s foreign minister, Arancha Gonzalez Laya, told the Cadena SER radio network. Because of the resurgence in the U.S., America may not be on that list.

“This is not an exercise to be nice or unfriendly to other countries. This is an exercise of self-responsibility,” she said.

The safe country list would be reviewed every 14 days, with new countries being added and some possibly dropping off, depending on how the spread of the disease is being managed. Non-EU nationals already in the bloc wouldn't be affected.

Travelers at Frankfurt airport, Germany’s biggest, will be able to get an on-site coronavirus test before jetting off. The walk-in testing center opened Monday.

India's 20,000 new infections were another record. Several Indian states reimposed partial or full lockdowns after the total number of cases jumped by nearly 100,000 in one week to about 548,000.

In China, nearly 8.3 million out of about 21 million have undergone testing in recent weeks in Beijing after an outbreak centered on a wholesale market. The country reported just 12 new cases Monday, including seven in Beijing.

There are now more than 2.5 million confirmed coronavirus cases in the United States; President Trump says intelligence that Russia offered bounties on U.S. troops in Afghanistan wasn't passed on to him because reports weren't "credible."

South Korean authorities reported 47 new cases as they struggled to curb outbreaks that have spread from Seoul to other regions.

Widespread testing and contact tracing helped South Korea contain its initial outbreak in which it was finding hundreds of new cases a day in late February and early March. Most of those cases were in the area surrounding the city of Daegu, where many were linked to a single church with thousands of members.

Tracing recent transmissions in the Seoul metropolitan area, home to about about half of the country’s 51 million people, has proved to be more difficult.

South Korean officials have said they are preparing to impose stronger social-distancing measures — including banning gatherings of more than 10 people, shutting schools, halting professional sports and restricting nonessential businesses — if the daily increase in infections doubles more than twice in a week.

Health authorities are using what they describe as the world's first saliva test for the coronavirus in Australia’s second-largest city, Melbourne, in the state of Victoria, where the disease is spreading at an alarming rate.

Victorian Health Minister Jenny Mikakos said Monday that 75 people had tested positive in the state in the latest 24 hours, bringing the total to about 2,100.

Brett Sutton, Victoria's chief health officer, said the outbreak could surge out of control as restrictions ease elsewhere in Australia.

“I think we’re right at the edge in terms of being able to manage it,” Sutton said.

Florida’s Department of Business and Professional Regulation has suspended the consumption of alcoholic beverages at bars across the state as a surge in new coronavirus cases continues.
AP, Staff