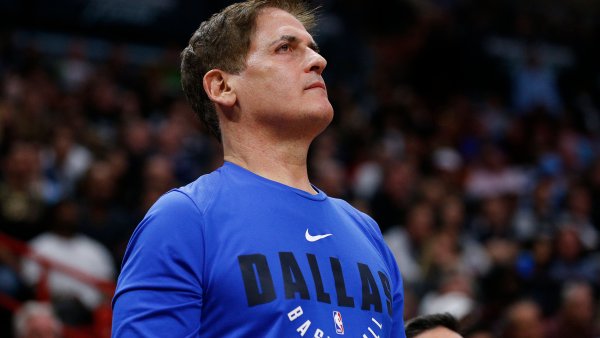 From Mark Cuban Calling for Crypto Regulation to China's Bitcoin Mining Crackdown: 7 Key Crypto Moments From the Past Week

In an announcement Wednesday, Atlanta-based UPS said it will test the eVTOLs for use in its Express Air delivery network, focusing on small and medium markets. The company will operate the eVTOLs under its Flight Forward division, which is also exploring drone delivery.

The new type of aircraft, which looks like a cross between a plane and a helicopter, "unlocks new business models that don't exist today," Bala Ganesh, vice president of the UPS Advanced Technology Group, told CNBC. "For example, you can see a future where it's carrying, let's say 1,000 pounds, 1,500 pounds to rural hospitals," and landing on a helipad instead of an airport.

Vermont-based Beta Technologies will design and build the eVTOLs, which are set to be delivered to UPS in 2024, pending certification from the Federal Aviation Administration. Beta will also provide landing pads and rechargeable batteries. UPS holds an option to purchase up to 150 more eVTOLs. The price of the transaction was not disclosed. The eVTOLs can fly up to 250 miles at 170 mph on a single charge.

"We've also thought about for some urgent moments, like for example bypass New York traffic, and then move it into directly to our 43rd Street building so that we can get around congestion," Ganesh said. "It's not going be a fit for all the packages but for certain use cases: Willingness to pay, and urgency, we could potentially think about going into those areas."

The eVTOLs would be used similarly to small fixed-wing aircraft that have a capacity of 500 to 3,000 pounds. UPS said it initially plans to use them in smaller markets and create a series of short routes or one long route to meet customer needs. The eVTOLs will have an operation advantage over small planes, according to Ganesh, because they're designed to accommodate shipping containers, which allow for faster movement of packages in many cases.

"The smaller aircraft typically are not containerized. They don't have any kind of container, so it's loading a package into these aircraft, then its lands, and then has to be unloaded loaded into a truck or another vehicle and then driven to another location, resorted again, reloaded into the package car that delivers it, " Ganesh said.

"We're combining simple, elegant design and advanced technology to create a reliable aircraft with zero operational emissions that will revolutionize how cargo moves," Clark said in a statement. "By utilizing vertical takeoffs and landings, we can turn relatively small spaces at existing UPS facilities into a micro air feeder network without the noise or operating emissions of traditional aircraft."

Sustainability has become increasingly important since Carol Tome became CEO of UPS last June. In its 2020 annual report, UPS said its goal is to reduce greenhouse gases from its ground business by 12% and source 25% of its electric needs from renewable sources by 2025.

UPS announced in January 2020 a commitment to purchase up to 10,000 electric vehicles from Arrival Group, which is headquartered in London and Charlotte, North Carolina. The eVTOL batteries will also be compatible with those vehicles. Even when the batteries' first life cycle in the aircraft ends, they can still be used in the EVs.

"It just creates easier operating models, which just makes things easier to deploy and manage as we move forward," said Ganesh, "creating newer ways of handling which gives us more flexibility and optimally, reduces our costs."