The Fed Keeps Expanding Its Powers, and That's Making Some People Nervous

The Federal Reserve seems to be having an identity crisis. 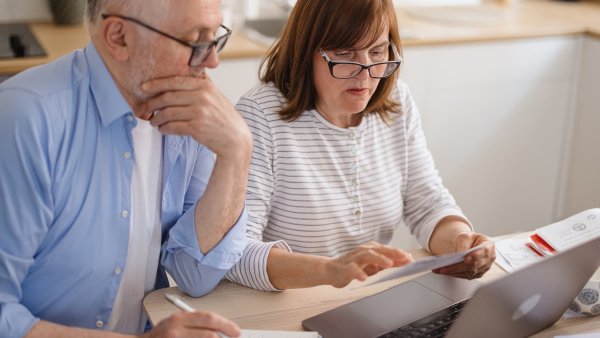 Not that long ago, the U.S. central bank was seen solely as a watchdog of the nation's financial system as well as the entity charged with using its various policy levers to control inflation and keep unemployment low.

In recent months, the Fed has extended its responsibilities as a bank regulator to the fight against climate change. Where once the Fed used its power over interest rates to control inflation and keep borrowing costs low, it now is taking on the role of making sure job gains are spread equally among income, racial and gender groups.

If this doesn't sound like your parents' Fed, or even legendary former Chairman Paul Volcker's, you're not alone.

Wall Street increasingly has noticed the central bank's expansion of its mandate, and some are none too happy about it.

"They shouldn't be getting involved in these things even if progressive politicians want to drag them in. They have to have the courage to say 'no,'" said Christopher Whalen, a Fed veteran and former investment banker and now head of Whalen Global Advisory. "Since 2008, they have capitulated on so many fronts I don't even recognize the institution anymore. The bank I worked for is gone."

That was the year Wall Street stalwart Lehman Brothers collapsed, part of a series of cataclysmic events that sent the U.S. and global economy into its worst tailspin since the Great Depression.

To put the economy back on its feet, then-Fed Chairman Ben Bernanke, then-Treasury Secretary Hank Paulson and then-New York Fed President Timothy Geithner headed the "Committee to Save the World." The group put together an array of programs that ultimately did save the economy but also embarked the nation on an era of unprecedented influence for the Fed.

Over the years, the symbiosis between the Fed and Treasury has only strengthened.

Now, the dynamic has gotten even more intense. Powell and Yellen, who worked together on the Fed for nearly six years, now run the Fed and Treasury respectively.

That's never happened before, and it's what has some on the Street nervous that the Fed may be tasked with implementing the White House's economic program.

The Fed has long been considered immune to outside pressures, free to move interest rates and otherwise implement policy in the way it deems most appropriate, outside of political concerns. The fear is that the Powell-Yellen dynamic could change that.

"You have the current Treasury secretary who was the boss of the current Fed chairman not so long ago. There's obviously a very close relationship there," said Jim Paulsen, chief investment strategist at the Leuthold Group. "They're still in lockstep. They're espousing very similar philosophies that go beyond tradition."

Indeed, there's not much difference between where Powell and Yellen stand on most matters germane to their respective roles.

Powell has committed to keep interest rates low until the economy is farther along on the road to recovery, and Yellen has remarked on the pivotal role low rates play so the Biden administration can finance the trillions in spending that it wants. Yellen has been a leading advocate for that muscular fiscal policy, and Powell has said there are economic problems that low interest rates and money printing can't solve.

But it's their positions on social issues that have drawn much of the negative attention.

The Fed has in the past several months stressed the importance of banks' planning for climate change-related events. The central bank's leading advocate for that cause has been Governor Lael Brainard, a close Yellen ally when they served on the Fed together.

Along with that, Yellen has been outspoken on the importance of spreading economic benefits evenly at a time when the lowest earners have suffered the worst during the pandemic-era shutdowns. At the same time, the Fed last August changed its mission statement to say it is no longer focused merely on maximizing employment but now has a "a broad-based and inclusive goal" that goes to disparities in how gains are distributed.

"You certainly see some things that at a minimum are very different than how we've run things in the past, and it very much gets to the heart of independence in the Fed from overwhelming political influence," Leuthold's Paulsen said.

"The most egregious departure from the past is the adoption by the Federal Reserve of several which I think many people would consider political goals or a political agenda of the current administration," he continued. "They're suddenly going far beyond a macro backstop for the cyclical economy to very much micro-oriented policy implementation."

Treasury officials did not respond to a request for comment for this report. The Fed said it would reply but had not at the time of publication.

In their public discussions about involvement with climate, Fed officials have stressed that they're not trying to make a political statement, but rather are concerned that banks have plans to handle financial stresses should unforeseen weather-related events occur.

That's a perfectly rational stance to take, said Bill English, the former director of the Fed's Division of Monetary Affairs and secretary to the Federal Open Market Committee, which makes monetary policy for the Fed.

"Those seem like exactly the sorts of things the Fed and other regulators should be thinking about and focusing on and making sure the entities they regulate are focused on and have the appropriate risk management in place," English said. "That's not very exciting, that's doing their job."

Still, English said he has concerns generally about the position the Fed might find itself in as the ever-escalating $28.3 trillion federal government debt becomes more expensive to finance.

"I do worry some that when it comes time to tighten monetary policy, and that will come in time, that there may be political pressure," said English, who is now a finance professor at the Yale School of Management.

"I'm not sure it will be coming from Janet Yellen. She knows the rules of this interaction better than anybody. But there may well be political pressure on the Fed not to raise rates and not to reduce the size of the balance sheet."

Powell himself is used to political pressure.

Trump hectored him and other Fed officials repeatedly in 2018 and 2019 as they were raising rates, going so far as to call them "boneheads" and stirring concern that he might sack Powell before his term a Fed chair was up in 2022.

Powell repeatedly resisted Trump's rhetoric, though the Fed ultimately did start cutting rates after the economy slowed in late-2018. When the Fed in July 2019 announced its first rate cut in nearly 11 years, Powell insisted, "We never take into account political considerations. There's no place in our discussions for that. We also don't conduct monetary policy in order to prove our independence."

Paulsen worries whether that will be the case in the current circumstances, where pressure from President Joe Biden might not be "so crude and rude" but nonetheless daunting.

"Powell was often heralded for withstanding the pressure that Trump was bringing," Paulsen said. "Can you say the same thing now?"

A tale of two leaders

But it's the character of Powell and Yellen that should stand as a bulwark against the concerns that they have too chummy of a relationship, said former Fed Vice Chairman Alan Blinder. Interestingly enough, an early blunder from Yellen came when she suggested several weeks ago that rates may have to rise to control inflation, remarks she quickly walked back.

"It would be hard to even imagine, never mind name, a secretary of the Treasury who is likely to be more respectful of the independence of the Fed than Janet Yellen, who not too long ago sat in that chair," Blinder said. "On the other side, you have Jay Powell. It's not in his nature to try in an aggressive way to spread his empire. He understands very well that the Fed has a very strong degree of independence and power, but within a narrow sphere."

Regardless of the esteem in which Yellen and Powell are held in many circles, that hasn't stopped the critics.

Citing white papers from several Fed regional operations, Toomey questioned whether they weren't "advocacy masquerading as research" and wondered whether "that advocacy would harm the Fed's credibility and its trustworthiness as an independent and nonpartisan entity."

Quarles also maintained that the focus on climate change specifically was more about disaster planning than subscribing to a political ideology. He added that Fed research "should not cross the line into advocacy, it should be analysis."

But the concerns remain.

After all, the Fed has joined Network for Greening the Financial System, a group of global central banks aimed at addressing the impact climate has on finance, indicating the efforts could be far-reaching.

"I'm absolutely alarmed by what's happening inside the Eccles Building [where the Fed is headquartered]. It's simply remarkable that the purview of scientists and politicians has made its way into central banking," said Danielle DiMartino Booth, head of Quill Intelligence and a former aide to ex-Dallas Fed President Richard Fisher. "It's as if Fed officials are speaking out of both sides of their mouths."

DiMartino added that the Fed's policies, even related to employment, have limits "and Powell knows that."

That doesn't mean the Fed doesn't have the power to address racial disparities in the economy or to make sure that banks are prepared for moments of stress, including climate. But it has to know where its mandate ends, said George Selgin, senior fellow and director of the Cato Institute's Center for Monetary and Financial Alternatives.

"It's not always easy to draw this distinction of where the line should be," Selgin said. "It's a very tricky thing with the Fed, and I think the atmosphere right now has worsened there. I just don't see the Fed being willing to draw the line."