GlobalFoundries CEO: We're Sold Out of Semiconductor Chip Capacity Through 2023

Semiconductor manufacturer GlobalFoundries debuted on the Nasdaq this week, valued at over $25 billion, as it became increasingly evident that a global chip shortage could persist through 2023 or later.

Now GlobalFoundries needs to convince public market investors that the company is riding a wave of increased demand for all sorts of microchips, that won't fizzle out after pandemic-related supply issues abate, and that it can increase profitability even as it spends billions on a capital intensive business. 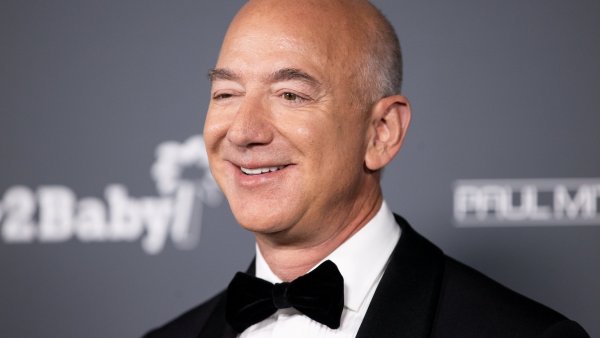 Make It 5 mins ago

"I think for the better part of the next five to 10 years, we're going to be chasing supply not demand," GlobalFoundries CEO Tom Caulfield said in an interview with CNBC. GlobalFoundries' clients include Qualcomm, MediaTek, NXP Semiconductors and Qorvo.

Automotive companies and home appliance makers have been struggling for months to obtain enough chips for building products, and now the problem is spreading to electronics manufacturers and their suppliers. Apple, for example, said it will miss out on more than $6 billion in sales this holiday season because of chip shortages. Intel likewise blamed its lower CPU sales on shortages in power supply and networking chips.

But the shortages aren't for the most advanced chips that use the latest manufacturing methods. Instead, the shortages are for what are often called "legacy nodes," or semiconductors that use older technology to perform functions like power management, connecting to displays or enabling wireless connections.

Those are the kinds of chips that GlobalFoundries, a third-party silicon-wafer foundry, specializes in manufacturing for its clients, Caulfield explained.

"That's where the bigger part of the shortage is, because there's been underinvestment in that," Caulfield said. "For me, we're happy to let the bigger companies kind of serve that single-digit nanometer market, and we will be the very best in our differentiated technology."

Profitability in the foundry business is linked to utilization, or the rate that the foundry's factories are running around the clock. GlobalFoundries had a utilization rate of 84% in 2020, but Caulfield said that was related to slowdowns at the start of the pandemic.

"I would say, since August of 2020, we can't make enough. Every day, we try to squeeze out as much as we can. I would say we're over 100%," Caulfield said, adding that the company's wafer capacity was sold out through the end of 2023.

Caulfield said that GlobalFoundries made a strategic decision in 2018 to stop developing the bleeding edge chip manufacturing technologies foundries like TSMC and Samsung are investing in, and instead focus on less advanced but still-essential semiconductors for its clients.

Foundries have low-margin business models and face high labor, equipment and raw materials costs. In its prospectus, GlobalFoundries said it recorded a gross margin of close to 11% in the first half of 2021.

Of the $2.6 billion GlobalFoundries raised on the public markets, $1.5 billion will be spent on capital expenditures to increase capacity to fill demand, Caulfield said. It operates plants in the U.S., Germany and Singapore.

GlobalFoundries stock closed 1.3% lower on Thursday, under its debut price of $47, before rising over 5% on Friday to close at $48.74.

The company is still over 85% owned by Mubadala, the United Arab Emirates state investment fund. Mubadala took control of the company when AMD spun off its manufacturing arm, which became GlobalFoundries, and focused on chip design in 2008.

Caulfield said that Mubadala will reduce its ownership stake in GlobalFoundries in the coming years but will still continue to support the manufacturer.

"Over the next, call it five to six years, in a very orderly and transparent way, [Mubadala will] take some of their ownership out to get more balanced," Caulfield said.