In tweets, corporate statements and letters to their employees, some of the nation's top business leaders are expressing relief at the guilty verdict in the trial of former Minneapolis police officer Derek Chauvin in the murder of George Floyd. They are also calling for the country to continue to fight against systemic racism and for police reform. 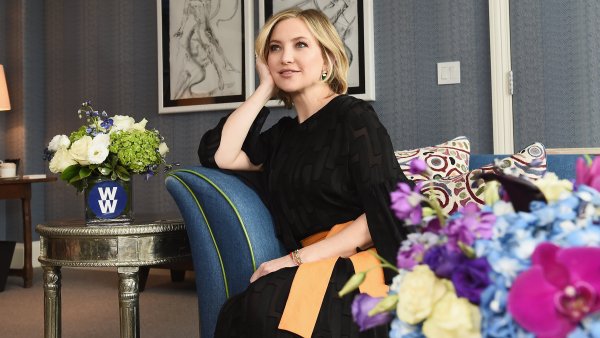 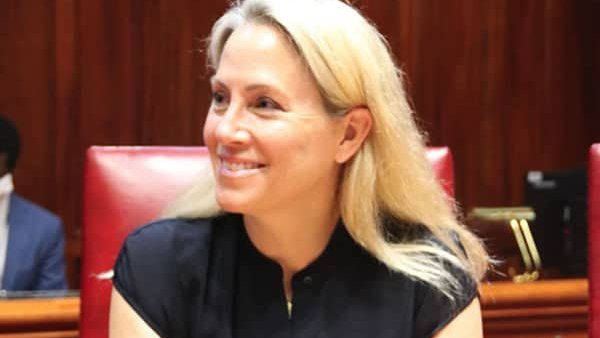 Last spring, Floyd's murder catalyzed Black Lives Matter protests across the country and the globe. A video taken by a teenage bystander, Darnella Frazier, outside of a Minneapolis convenience store, showed Chauvin kneeling on Floyd's neck for about nine minutes. In Floyd's final moments, he struggled to breathe and called out for his mother.

As protestors marched in the streets, companies faced scrutiny for their own records on racial equity. They were pushed to do more than simply put out statements — prompting a series of corporate commitments from overhauling how companies recruit and hire Black employees to backing mandatory deescalation training for police.

Here is a round-up of reactions to the Chauvin verdict by business leaders and companies, in alphabetical order:

"There are countless examples of violence against Black men and women that don't end this way. In the past year, a number of brutal and senseless murders of Black Americans – from Ahmaud Arbery and Breonna Taylor to Daunte Wright and many others – remind us of the stark reality and persistence of systemic racism in our country. They sparked anger, awareness and dialogue; but not the change needed to address injustice in our communities and institutions. As an airline, we bring people of all races, ethnicities and backgrounds together every day."

"We believe Black lives matter. We know there is more work to do to achieve racial justice and equity in our society, and we remain committed to the journey."

"While this verdict in the murder of George Floyd symbolizes some measure of progress toward racial equity and accountability, it does not fully erase our nation's history of systemic and institutional racism. We still have a long way to go in our fight for racial justice in this country, and Best Buy's unwavering commitment to this work is as strong as ever."

"Today's verdict confirms that George Floyd was the victim of a senseless crime. Though today's verdict is a step toward justice in this case, unarmed Black men and women continue to die in encounters with the police. To ensure true justice and healing, our country needs to take steps to address its long history of racial inequity in law enforcement.

Business Roundtable will continue to work with Members of Congress and the Administration on bipartisan policing reforms that implement national policing standards, and greater accountability, training, community engagement and transparency."

— Statement by group of CEOs, which is led by its chairman, Walmart CEO Doug McMillon

"George Floyd's murder almost one year ago sparked a much needed reckoning on racism in America. It rightly pushed us as individuals and as a company to examine what we can and should do — what we must do — to take action to create a more equitable society.

The verdict in the trial today sparks a great deal of emotion for many of us. It feels like justice has been finally served, yet it doesn't end the grief felt by so many. It underscores the EMT's [executive management team's] commitment — shared by so many of you — to be allies, to fight systemic racism at every level, and to support all those facing injustice. It also speaks to the importance of the work we're doing through our Action for Racial Equity commitment to help close the racial wealth gap and increase economic mobility in the U.S."

— Excerpts from a LinkedIn post by Sara Wechter, Citigroup's head of human resources

"Right now I'm thinking of George Floyd, his family and those who knew him. I hope this verdict brings some measure of comfort to them, and to everyone who can't help but see themselves in his story. We stand in solidarity with you, knowing that this is part of a bigger struggle against racism and injustice."

"A small measure of justice was done today. But real justice would be for George Floyd to be alive and in the arms of his family. This brutal tragedy is one page in the much larger story of systemic racism, oppression, and injustice in our country.

As we continue to regularly witness unarmed Black people in America killed by police, I stand with those demanding change. We can't un-see what Derek Chauvin did to George Floyd. We can't un-know the truth it exposed about racism in America today. And we can't — mustn't — ever forget. There can be no true justice in America until liberty and equality are real for everyone.

My thoughts are with George Floyd's family today, and with so many other families who are missing their loved ones today."

"We are hopeful today's verdict will allow a grieving family and a community to start to heal. However, the systemic racism and social injustice apparent in the killing of George Floyd and countless other terrible episodes in our country are deeply rooted. Together, we must remain thoughtful and determined in addressing this reality, including the unacceptable abuse of authority and power and the pain it causes – disproportionately for the Black community and other people of color. For our part, Ford and our UAW partners will continue to create a company culture where everyone feels they belong and our differences are truly valued."

— Pat Gelsinger, Intel CEO, said on his personal Twitter account, echoing the company's support of congressional action on police reform and advocacy for the passage of the George Floyd Justice in Policing Act

"Justice was served, it's the beginning of a long path to fix some of these things."

"We haven't solved this racial inequality problem for hundreds of years, and in fact in some decades it's gone backwards."

— Marc Benioff, founder and CEO of Salesforce and owner of Time, quoting from a story by Time journalist Janell Ross

"Today's verdict is a verdict against bias, against injustice; an important milepost on our collective journey. As communities, as leaders and as businesses, we must all continue to be part of the solution to shift our society, take a stand against racism and violence, and act as a catalyst of change."

— Mike Manley, Stellantis head of the Americas, said in a statement

"The murder of George Floyd last Memorial Day felt like a turning point for our country. The solidarity and stand against racism since then have been unlike anything I've experienced. Like outraged people everywhere, I had an overwhelming hope that today's verdict would provide real accountability. Anything short of that would have shaken my faith that our country had truly turned a corner.

Today's guilty verdict in the Derek Chauvin trial is another sign of forward progress. As I think about the Minneapolis Police Department denouncing the brutality George Floyd faced, and the disgrace expressed by multiple witnesses, the jury's verdict reassures me that we will not go backward.

Sadly, this kind of tragedy did not end last May 25, and our country has a lot of work to do and a long way to go. I can't imagine how difficult these months have been for the family and friends of George Floyd. They are very much in my thoughts, and I hope today's verdict offers some measure of solace.

I am also thinking about our Black team members in particular. I know this trial cannot erase the pain that comes from years of inequalities and inequities. What I want to offer today is my promise that we as a company will continue to use our values and actions to advance empathy and understanding and to confront individual bias and systemic racism. Today's verdict does not mean that our work is done. There's much more to do as we support healing in our hometown of Minneapolis and across the country. We have to keep moving forward, together, toward a safe and equitable future for all."

"This has been an especially painful time in our nation, particularly for Black and African Americans and communities of color. We hope today's verdict is an initial step towards justice and healing. Wells Fargo is committed to fostering a culture that supports diversity, equity and inclusion, both within our company and the communities we serve.  As we move forward, we are working to create meaningful change and will continue supporting our employees, partners and investing in our communities because it's our responsibility as a corporate citizen and the right thing to do."

— Eric Yuan, Zoom co-founder and CEO, said on his personal Twitter account, which included a copy of a letter sent to employees