There's a secret hiding in the Great Smoky Mountains: A secret that still haunts men used to seeing terrible things.

"I remember it like it was yesterday," said Montgomery County, Md. Sheriff Darren Popkin.

Popkin has spent his entire career searching for William Bradford Bishop, Jr., a man who police believe used a sledgehammer to murder his wife, Annette, his mother, Lobelia, and his three boys, 14-year-old Brad, 10-year-old Brenton and 5-year-old Geoffrey, back in 1976. 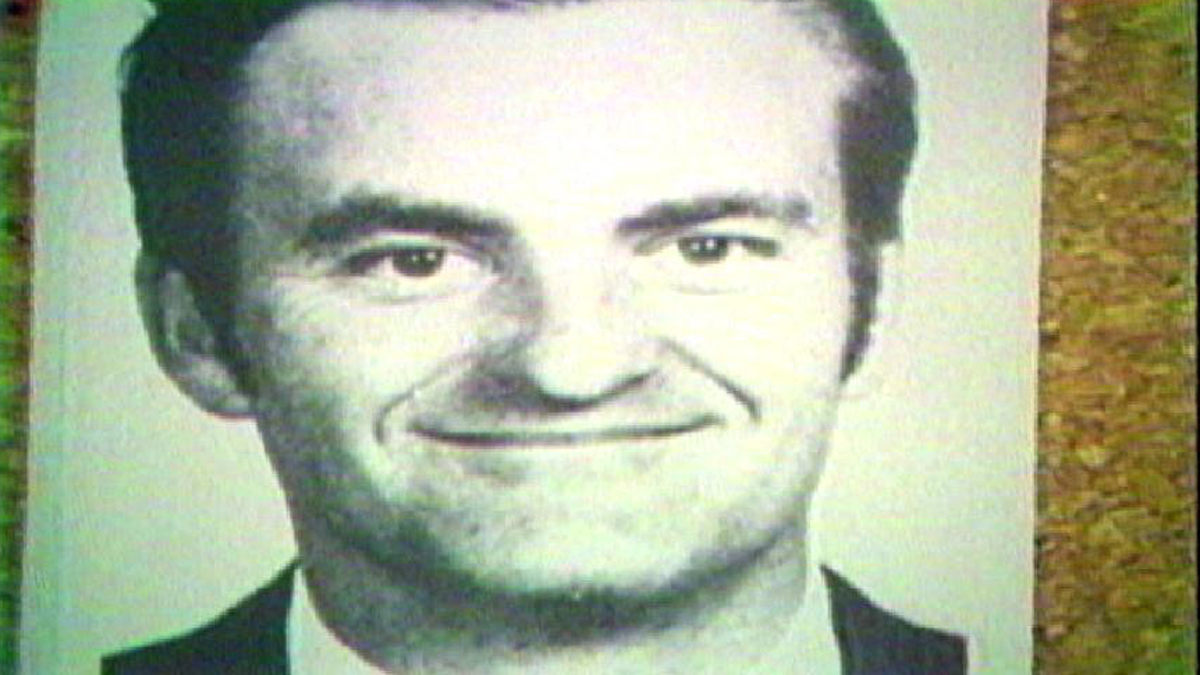 FBI: Body Exhumed in Alabama Not That of William Bradford Bishop

Thursday, the FBI added Bishop to its Ten Most Wanted List, hoping to get new information to help capture one of Maryland’s most notorious fugitives. The FBI has released a new bust of what Bishop may look like today, at 77, including his distinctive, pointed chin and mole on his left cheek.

Popkin has looked for clues in what was left behind: Home movies from the 50s, pictures of Bishop hugging his mother, images of his school days at Yale, the Army and then the State Department, where Bishop had exotic postings in Africa and Europe before moving to Potomac, Md.

"To know now what those boys went through," Popkin said, “it still gnaws at me.”

On the night of March 1, 1976, police said Bishop withdrew $400 from a bank before leaving work, telling his boss he might be getting the flu.

But before going home, Bishop drove to Sears at Montgomery Mall and bought a gas can and a short-handled sledgehammer.

He then headed to Potomac Village, where he purchased a shovel and a pitchfork at Poch's Hardware.

"There was an awful lot of rage,” Popkin said. Bishop “went from room to room with such anger and rage, it was just a terrible crime scene."

Investigators said Annette was the first victim. She was reading a book on the floor when Bishop hit her in the head with the sledgehammer.

Next, Bishop attacked his mother, as she returned home from walking the dog, police said.

Then, one at a time, Bishop used the sledgehammer to kill his three boys in their pajamas as they slept in their beds.

"To actually look at those mattresses and to think about those boys being there, it's just horrible," said Montgomery County Police Chief Tom Manger.

The police said Bishop wrapped the bodies in sheets and towels to drag them to the family station wagon. They think he might have packed a bag.

They know Bishop took Leo, the family’s golden retriever -- the only life he spared that night.

Bishop then drove south, more than six hours, towards the Outer Banks before he turned into the tiny town of Columbia, N.C.

"I would like to know why he came here," said Ron Brickhouse.

Brickhouse was a forest ranger in 1976 when he was sent to check out a three-acre forest fire on a remote logging road and stumbled upon bodies burning in a shallow grave, doused with gasoline.

"You could tell he drug them in there, where the dog laid, dog tracks all around, everything," Brickhouse said.

Brickhouse, who revisted the scene with the News4 I-Team last month, said he found plenty of clues. “The shovel was right here,” he said, pointing to his right. He then pointed towards his feet. “The pitchfork was right there, and the gas can was sitting right here."

The partially burnt shovel had a sales sticker on it with the letters "OCH HDW". But no one knew who the bodies were, only that children had been brutally murdered.

"I can't imagine nobody doing it to their own. Nobody. Who would want to hurt a young ’un?" Brickhouse asked.

It’s something that continues to haunt him to this day. “Same thing that's been there all these years. It's bad memories."

It took North Carolina investigators a week to connect the shovel to Poch's Hardware, just as a neighbor called police, worried he hadn't seen the Bishop boys in a week.

All the pieces fell together when police went inside and found blood in nearly every room of the house.

“There's no doubt in any of the investigators' minds that Bishop is responsible for the murder of his family," Manger said. "So, for us, it's just a matter of finding him."

Two weeks later, it was in all the newspapers. Investigators had found Bishop’s car in the Great Smoky Mountains National Park, abandoned in a parking space at the base of Jakes Creek Trail.

Police think Bishop left it there after driving eight hours from Jacksonville, N.C., where a store owner remembered a man with a dog buying a pair of Converse tennis shoes.

And with that, the trail went cold.

Leaving so many to wonder how William Bradford Bishop vanished like the smoke that gives these mountains their name.