Filmfest DC is coming back to Washington, D.C., and this time, it’s celebrating its 30th Anniversary! The District’s first, largest and only international film festival has continuously brought new, diverse and entertaining films to District residents and visitors since 1987.

This year, the 11-day festival will bring 75 films from 35 countries that will be shown on six screens. The genres of film range greatly and include international dramas, comedies, thrillers and espionage, music and dance, social justice, international and women-directed shorts and Cine Cubano. Cine Cubano plans to bring insight to timely issues by showcasing three films that focus on life in Cuba today.

NBC4 has sponsored Filmfest DC since 2007, and the station will be designated as “The Official Television Station” of Filmfest DC. The full Filmfest DC catalog that will be published in the Washington Post on Friday, April 8.

The festival will be from April 14-24 at the Landmark E Street Cinema and AMC Mazza Gallerie. Opening Night celebration, which is sponsored by the Embassy of Australia, will feature "The Dressmaker," starring Kate Winslet. "The Dressmaker" led the 5th Australian Academy of Cinema and Television Arts Awards with 13 nominations. Closing Night, sponsored by the Office of Quebec and the Office of Cable Television, will feature the Canadian comedy "My Internship in Canada" by Philippe Falardeau and director Monsieur Lazhar. 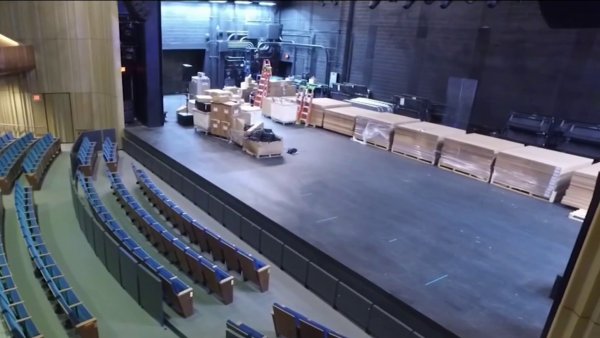 Capital One Hall 20 hours ago

THE SCENE 6 hours ago

Celebrate Petworth: “Petworth Is the Star of the Show”

Numerous directors and filmmakers will be present throughout the festival to answer questions and start discussions.