Gwen Stefani and Blake Shelton's love can truly reach the stars. On Valentine's Day, the "Hollaback Girl" singer shared intimate never-before-seen wedding footage of herself with her 45-year-old husband and her son Apollo, 7, who she shares with ex Gavin Rossdale.

"The stars, the moon, my whole world," Stefani captioned the video of the newlyweds sharing a kiss with her youngest son at their wedding reception. The video was paired with Shelton's song, "We Can Reach The Stars," which he wrote for his wife.

Shelton shared the post to his Instagram story and also sent his wife of seven months a special Valentine's Day shout-out by posting a rare photo from their July 2021 wedding.

"I'm the luckiest man alive. "Happy Valentine's Day, @gwenstefani! I love you," he captioned the black and white image of him and Stefani standing at the altar. As fans may recall, last summer, the two coaches from "The Voice" tied the knot in a lavish ceremony on Shelton's Oklahoma ranch with their closest family and friends in attendance. 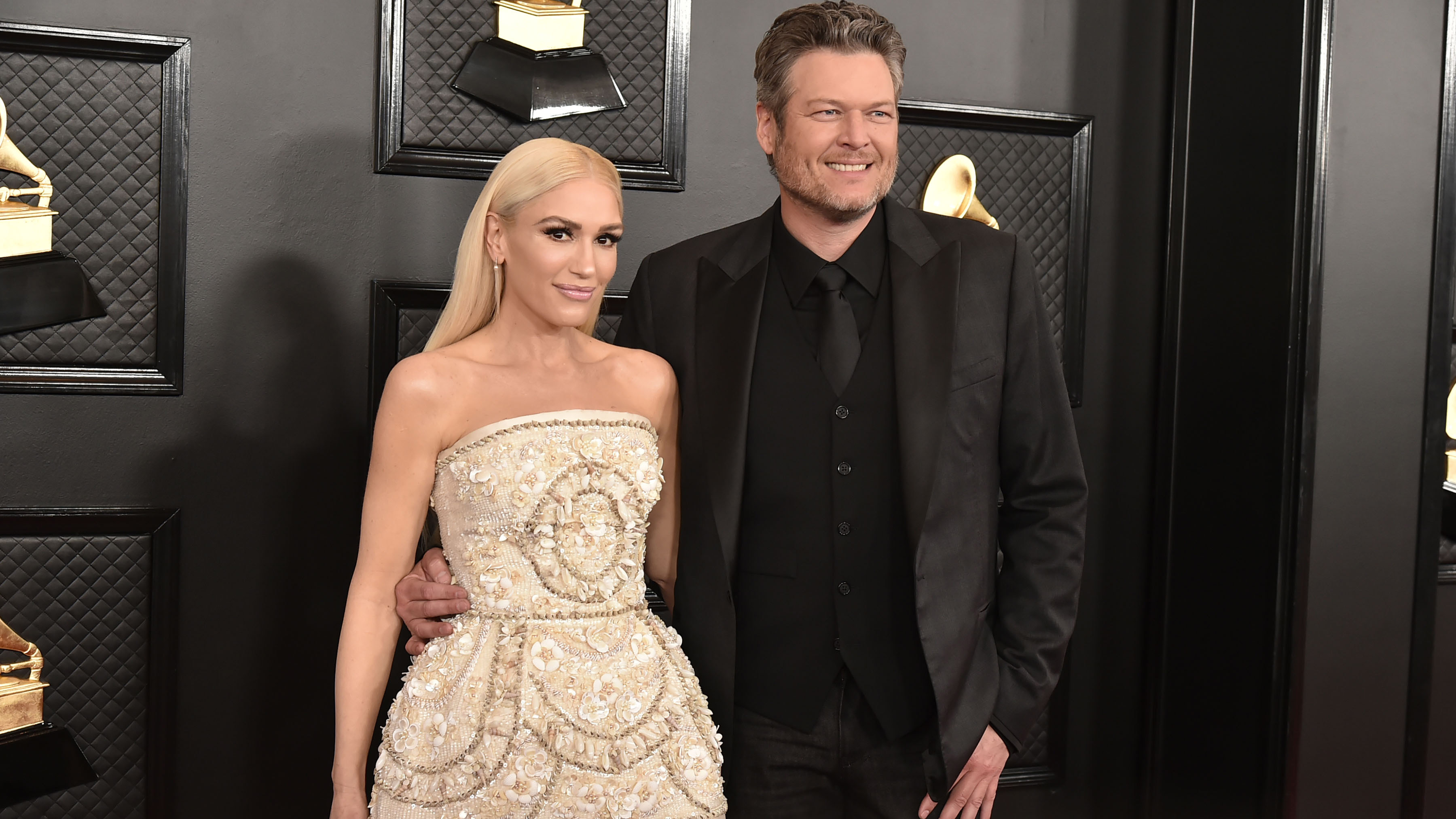 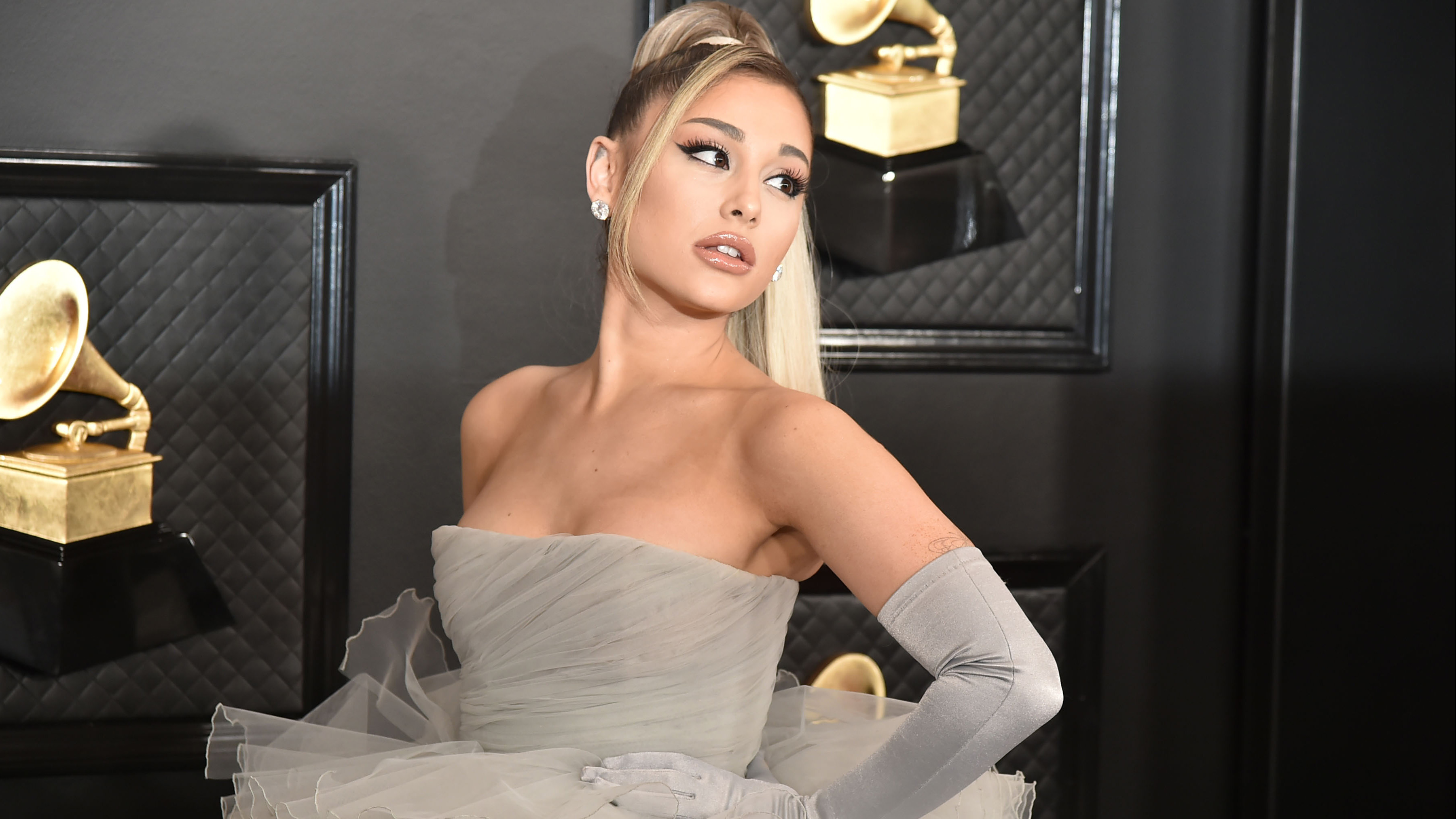 During an appearance on "The Ellen DeGeneres Show" in December 2021, Shelton revealed that the entire ceremony was all Stefani's vision. "All I had to do was drink and kiss Gwen Stefani," he joked. "It was the greatest gig I ever had," adding that it was "less than 30 people total. It was awesome. It was exactly what it needed to be."

Shelton did a little bit more than just drink and kiss the bride. Originally, the couple agreed to write their own vows for the wedding, however, the country singer surprised Stefani by writing her a song instead.

Check out how the Sheltons and other stars spent their Valentine's Day below.

"The Voice" coach took a trip down memory lane by sharing a rare photo of himself and Stefani at the altar during their lavish July wedding.

"Valentine. I love you baby," the model captioned a photo of herself and her husband of three years on her Instagram story as they were out to lunch.

Sam Asghari surprised his fiancée with chocolates, bears made out of roses and a gorgeous glass rose similar to the one used in the "Beauty and the Beast" film.

The couple, who have been dating for almost two years, spent their Valentine's Day holding hands and laughing on the beach. Berry wrote on Instagram, "Because I always have a choice, I choose LOVE! I love you, Van!"

More than 31 years after tying the knot, Hanks is spending this Valentine's Day still making his wife laugh. Wilson wrote, "Happy Valentine's Day! Always laughing with this guy. I made a Valentine playlist."

The "How I Met Your Father" star shared throwback photos of herself with her husband and kids over the years.

Koma also hared a sweet black and white photo of his three Valentines — his wife and their two kids.

"Valentine Goddess," the comedian wrote to his girlfriend. "Thank you for endless new adventures and for teaching me new lessons every day. Thanks for the chance to grow and evolve and be better every day."

"Happy Valentines day hubby!" the model captioned a photo of herself and the retired quarterback. "Hope you like your gift. Let's grow some love and make the world greener!" The Bradys are also using this day of love to urge people to plant trees to help curb climate change.

"My FoReVeR VaLeNtiNe @avstenrydell," the "American Horror Story" actress captioned photos of herself with Rydell.

The "Wolverine" star is having a "pawsome" Valentine's Day. He shared a photo of himself with his two dogs as they went out for a walk.

The "One Tree Hill" star spent Valentine's Day hanging out with her two kids — and her son's adorable shirt warned the ladies that's he's mommy's Valentine this year.

The Wades know how to have fun! The "Bring It On" star shared a hilarious video on her Instagram story of herself dancing to "Laffy Taffy" as Dwayne Wade looked on in horror.

The couple kicked off Valentine's Day celebrations early by stepping out for dinner in Brooklyn — the comic's new stomping grounds — on Feb. 12.

"1998 in NYC! And still my Valentine 24 years later," the Spice Girls alum captioned a throwback pic with the soccer star. "Taken on the day we found out I was pregnant with @brooklynbeckham! I love you @davidbeckham."

Although they confirmed their split in September, the singer and the supermodel appeared to be feeling the effects of Cupid's arrow at Vas J Morgan and Michael Braun's Valentine's Party at Limitless Sunset.

"Happy Valentine's day to this stallion that makes my heart skip a beat today and every day," the "Sex/Life" actress wrote to her co-star and boyfriend. "Oh I love you @adam_demos."

Just two crazy kids in love. The Blink-182 drummer surprised his fiancée with an early Valentine's Day gift: Statues of Mickey and Minnie Mouse surrounded by dozens of roses and black candles.

"Just a couple of #valentines," the actor wrote alongside a throwback photo. "Then, now and forever. #love."

Skipping the red roses, hot tubs and helicopter rides, the one-time "Bachelorette" lead penned a sonnet to her new guy. "My heart danced in a way that was new," she wrote on Instagram. "A crowded room but felt like us two. Some talk about Cupid or love at first sight. I never understood until that very same night. Your eyes, that smile, you energized my soul. You ignited my world, leaving me whole. Once you found a rose floating at sea. I can't help but think we were always meant to be."