Scherzer May Not Be Ready for Opening Day

Neither Max Scherzer nor Washington Nationals manager Dusty Baker is certain the reigning NL Cy Young Award winner will be ready to pitch when opening day rolls around.

Scherzer is dealing with pain from a broken knuckle on the ring finger of his throwing hand, an injury that arose last season but wasn't diagnosed until December. Baker said he's thinking about contingency plans just in case his ace can't pitch when Washington starts the regular season April 3.

"I've dealt with aches and pains and strains. This is a whole different ballgame," Scherzer said Thursday. "When you start dealing with a fracture, rest is really your only option to make everything heal."

Thursday was the first day of official workouts for Washington's pitchers and catchers at the team's new spring training facility. While others such as Stephen Strasburg, Tanner Roark or Gio Gonzalez stood atop a mound for a 10-minute bullpen session, Scherzer threw elsewhere. 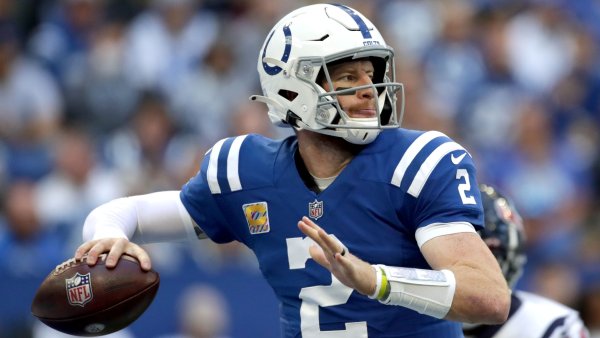 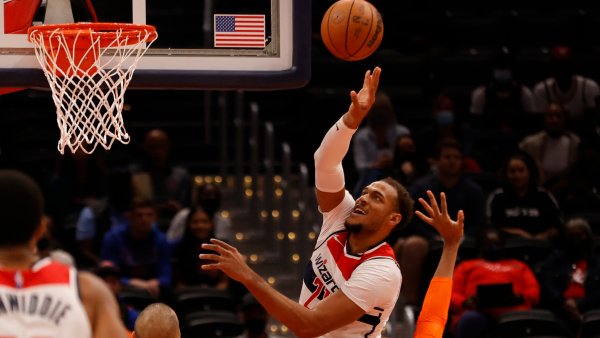 Wizards Chairman Ted Leonsis on Why Daniel Gafford Was Worth Extension

Only this week did Scherzer start throwing baseballs at all in preparation for the 2017 season, and that was "with a modified grip, but not my true grip," he explained. Before that recent step in the right direction, the righty was sticking to tossing tennis or lacrosse balls, because they were smaller and not as painful.

"There's nothing any of us can do until he feels 100 percent," Baker said, "and you certainly don't want to rush him, because you're thinking about the long haul."

Scherzer called the problem with the bottom knuckle on his ring finger "essentially healed," but he did not offer an answer when asked whether he'll be ready for opening day.

"I don't even want to comment on it, because I don't even know what I'm going to be able to do or not," Scherzer said. "It'd be unfair for me to even project or even talk about that."

Asked about the possibility of not having Scherzer at the start of the season, Baker replied: "You hate to lose Max for any period of time. But ... that's just speculation right now. We don't know. But you certainly have to prepare for that."

Scherzer went 20-7 with a 2.96 ERA and 284 strikeouts last season, including a record-tying 20 Ks in one game. He is only the sixth pitcher in major league history to win a Cy Young in both the NL and the AL (he earned the latter in 2013 for Detroit).

He revealed last month that he was told in late August he had sprained his right ring finger and so he continued to pitch and pitch well: From Aug. 20 through Oct. 2, a span that covered his last nine starts of the regular season for the NL East champion Nationals, Scherzer went 8-0 with a 2.97 ERA and 73 strikeouts in 60 2/3 innings.

In the NL Division Series against the Dodgers, Washington lost both of Scherzer's starts, in Games 1 and 5.

In early December, with the pain persisting, Scherzer went for a second MRI exam, which showed the fracture.

"The hand specialists I've talked to, they've never heard of a stress fracture in that ring knuckle," he said. "It's odd that it happened. I just woke up one day and I had a finger sprain."

NOTES: Strasburg, who missed the end of last season with a sore right elbow, was part of the first group throwing a bullpen session Thursday and mixed in all of his pitches. "He looked like Stras to me," Baker said. ... Among the position players around, ahead of Friday's official reporting date: 2B Daniel Murphy, SS Trea Turner, 3B Anthony Rendon.