Warrenton Woman Finds a Slithering Surprise in Her Car

The snake slipped under Laura Goff's driver seat, but laid sticky traps in her car in hopes of catching it

A Virginia woman was driving up Main Street in Warrenton on her Monday lunch break when she heard a sound in her car.

When Lora Goff looked down, she noticed a slithery surprise: a snake, crawling out of her air vent.

Goff was startled to see the snake in her car, but she didn’t panic.

“I knew not to overreact or get near it,” she said. 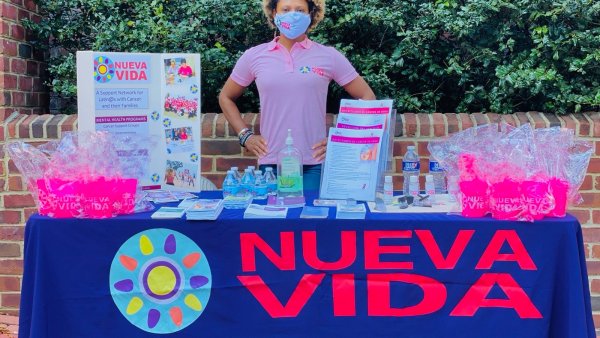 Just the thought of the situation was enough to make others shiver.

“I would throw my car in park, open my door and roll out of my car — in the middle of the street,” said Priscilla Hottle of Warrenton.

But Goff calmly pulled over, stepped out of her car and called animal control. But the snake wasn’t done yet; it escaped by slipping under Goff’s driver’s seat.

“There was no sign of it, so we didn’t know what to think at that point,” Goff said.

She had to move her car, so she got back in and drove to work with the stowaway still inside. Then she came up with a plan: She parked her car at work and borrowed a friend’s car to do some shopping.

“[I] went out to the hardware store and got some of the rodent traps, the sticky pads,” Goff said.

Goff drove home, stomping her feet so the snake would be too scared to come out. The next morning, her husband found it still alive — stuck on the pad.

Her husband tossed it back into the wild on their Rappahannock County property.

Goff still has the traps in her car, just in case other creatures are looking for a ride.