“Shots fired!” an officer can still be heard saying over a police radio on March 30, 1981

It's been four decades since the attempt on President Ronald Reagan's life. News4's Pat Collins looks back on March 30, 1981: the day that shook the country.

It was a day the world stood still.

President Ronald Reagan was shot and nearly killed as he left the Washington Hilton Hotel on March 30, 1981 — 40 years ago as of Tuesday.

“Shots fired!” an officer can still be heard saying over a police radio that day. “Rawhide is ok,” the officer says, using the president’s Secret Service code name.

“We want to go to the emergency room of George Washington,” another officer can be heard saying. Here are 10 minutes of police radio transmissions.

The president suffered a broken rib and punctured lung. He spent 11 days in the hospital and could have been killed, said Del Quentin Wilber. He wrote the book “Rawhide Down: The Near Assassination of Ronald Reagan.”

The Day the President Almost Died: A Look Back at the Reagan Assassination Attempt

John Hinckley Jr. was charged in the case. He was a failed songwriter who was said to want to kill Reagan to impress actress Jodie Foster. He was found not guilty by reason of insanity and spent a number of years in treatment at St. Elizabeths Hospital in Southeast D.C. He was released in 2016.

Today, the Secret Service displays a replica of the gun Hinckley used. Bulletproof glass from Reagan’s limo also is on display. A shot hit the glass and ricocheted into the president’s chest.

At the Hilton, a plaque commemorates what happened there.

A D.C. police officer and a Secret Service agent were wounded in the shooting, along with Jim Brady, Reagan’s press spokesman. Brady was struck in the head, suffered brain damage and was permanently disabled. He died in 2014. His death was ruled a homicide but no murder charges were brought against Hinckley. 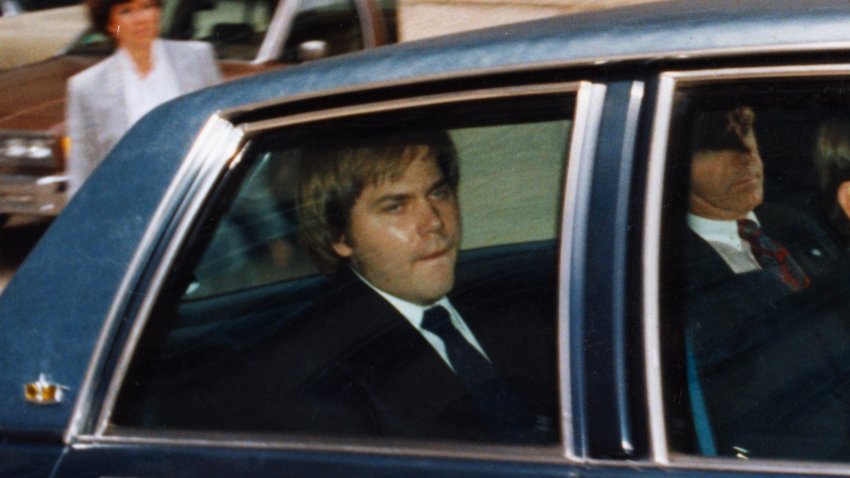