Most federal employees will observe Juneteenth on Friday after President Joe Biden signs the new holiday into law on Thursday, the U.S. Office of Personnel Management said.

The holiday commemorating the end of slavery is June 19, which falls on a Saturday this year, so it will be observed on a workday. 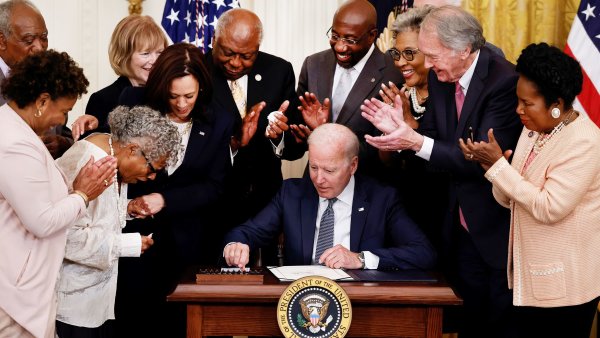 Scores of federal workers in the D.C. area will get the day off. Maryland Gov. Larry Hogan announced that state government offices will be closed Friday as well.

“This is an important step forward for our country,” Hogan said in a statement. “Maryland is proud to support this legislation, and observe this new national holiday.”

Friday will be a holiday in D.C., Mayor Muriel Bowser said. She did not immediately say which government services will be canceled or offices will be closed. Additional information is expected later Thursday.

Here are events and festivals at which you can observe the holiday in D.C., Maryland and Virginia.