Ben Ross, Harriet Tubman's father, is credited with teaching her to navigate difficult terrain in the Eastern Shore that she traversed while ushering enslaved people to freedom

The discovery promises to inform the historic legacy of Tubman, an abolitionist, Underground Railroad conductor and among the most legendary of Marylanders, the Maryland Department of Transportation’s State Highway Administration said in a press release. 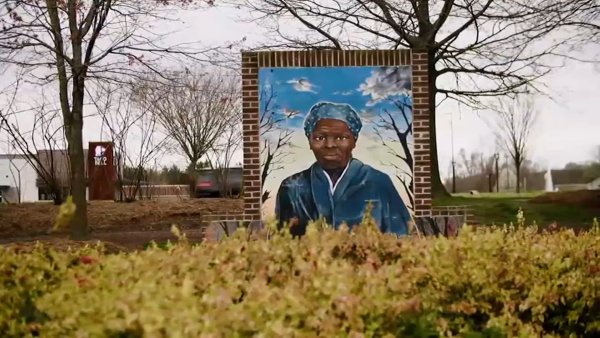 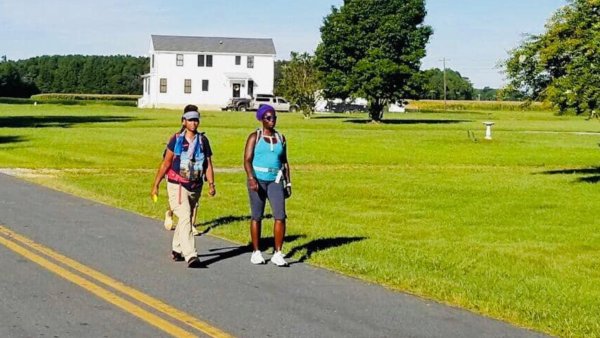 ‘Harriet Would Want Us To': Women Walking 116 Miles in Tubman's Footsteps

The 10-acre home site is located in a 2,500-acre parcel of land called Peter’s Neck that the U.S. Fish and Wildlife Service purchased for $6 million last year.

Ross was given the land and granted his own freedom five years after slaveholder Anthony Thompson’s death in 1836.

Tubman, born Araminta Ross in March 1822, would have spent time at this home site.

“The importance of discovering Ben Ross’ cabin here is the connection to Harriet Tubman. She would’ve spent time here as a child, but also she would’ve come back and been living here with her father in her teenage years, working alongside him,” said MDOT SHA chief archeologist Julie Schablitsky.

Schablitsky and her team found signs they were on the right track in November. In March, her team found artifacts dating to the 1800s that proved to be a breakthrough, Boyd said.

A button, pottery fragments, nails, brick and glass are among evidence that archeologists found. They say the artifacts indicate a former home.

A new study shows many of Maryland's most significant sites from Harriet Tubman's life are in jeopardy of chronic flooding as sea level rise threatens the Eastern Shore. The News4 I-Team's Jodie Fleischer reports on the impact as archaeologists rush to unearth more of Tubman’s story before it's washed away.

"On this joyous occasion, more than 160 years after Ben Ross departed his humble cabin never to return, all freedom-and-justice-loving Americans are Ross kin, celebrating this immensely important archaeological discovery and the priceless revelations it is destined to offer," Mitchell said.

No structure stands today, but frequent flooding at the site means artifacts were not far underground, Schablitsky told NBC Washington during a visit to the dig site.

Historians say Ross taught Tubman to navigate and work in the area’s forests, marshes and waterways as a child. Years later, those skills likely helped her lead about 70 friends and family through difficult terrain, out of enslavement and to freedom in the north.

“This view offers a powerful experience that really allows you to appreciate how well Tubman knew the terrain and how she used it to help others to freedom,” said Maryland Department of Natural Resources Secretary Jeannie Haddaway-Riccio.

The landscape today looks similar to how it did in the nineteenth century, although rising sea levels and climate change threaten several historic sites in the area, NBC Washington and Climate Central found.

The site will be added to the Harriet Tubman Underground Railroad Byway, a collection of more than 30 historic sites related to her life, MDOT SHA says.

Some Eastern Shore residents are working to make sure Harriet Tubman's impact on the area is never forgotten.

“Discovering the location of patriarch Ben Ross Sr.’s home and artifacts he used has humanized a man responsible for giving us a woman of epic proportions, Harriet Ross Tubman,” Wyatt said.

Peter’s Neck was purchased “as a critical addition” to Blackwater National Wildlife Refuge, which is expected to change over to marshland by 2100 due to rising sea levels.

“When we protect vulnerable habitats, we help preserve the stories of those who came before us, like Harriet Tubman’s father, Ben Ross,” said USFWS Chief of the National Wildlife Refuge System Cynthia Martinez.